Don’t kill dissent, or the soul of India will die

Right-wing forces are not the greatest proponents of the freedom of expression. 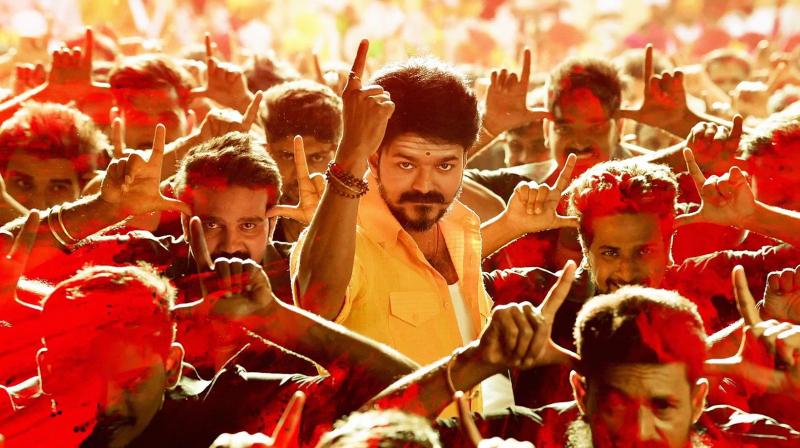 In 2006, at the censor board’s request, a special screening of Aamir Khan’s blockbuster Rang De Basanti was held for the top brass of the armed forces and then defence minister Pranab Mukherjee. The film revolved around the death of a young pilot in a MiG-21 crash and showed murky deals about politicians, including a defence minister, taking bribes. At the end of the film, the corrupt defence minister was shot dead. The overcautious censor board wanted clearance from the defence ministry and Indian Air Force. After watching the film, Mr Mukherjee remarked it was not his job to censor films, that was the censor board’s responsibility, but he had rather enjoyed the film and not found anything objectionable. Similarly, the director-general of inspections and flight safety at Air Headquarters, Air Marshal Padamjit Singh Ahluwalia, told the media the services respected freedom of speech, and there was nothing “anti-national” about the film. On the contrary, he found it “very inspiring” for youngsters.

Compare this to the controversy over the recently-released Tamil film Mersal that has some BJP leaders, including a Union minister, fretting and fuming over some minor criticism of GST. The film revolves around a doctor, played by actor Joseph Vijay, who questions India’s poor public healthcare system. He delivers dialogues like why a country like Singapore levies lower GST and yet provides free healthcare while India has GST of 28 per cent but cannot offer quality medical care. He goes on to question how a country that levies 12 per cent tax on medicines charges no GST on alcohol. He asks how can government hospitals function without a supply of oxygen cylinders — a clear reference to the Gorakhpur tragedy, in the constituency of UP chief minister Yogi Adityanath, where over 100 children died at a public hospital allegedly due to oxygen supply being cut off over unpaid bills.

After the film’s release, the BJP’s Tamil Nadu unit chief, Tamilisai Soundararajan, accused the film of criticising the Centre and also demanded those lines be removed from it. This was after the film had already got a censor certificate. Another Tamil Nadu BJP leader, H. Raja, in a bizarre remark, accused the actor of carrying on a hate campaign against Prime Minister Narendra Modi in the film because he (the actor) is a Christian. Union minister Pon Radhakrishnan demanded those dialogues should be edited out.

India has a strong and aware film industry that has raised its voice time and again about various social and political issues. In fact, politician-bashing has been one of its most well-accepted modes of entertainment. Much of the parallel cinema of the 1980s and 1990s was extremely critical of the establishment. It has been the perpetual grudge of filmmakers that the censor board is too strict. So after getting a certificate from such a body, it’s unfathomable why members of the ruling party and a Central minister are raising objections about a few lines criticising GST. Isn’t freedom of expression, including criticising government policies, an integral part of democracy? Are we now coming to a situation that other than the censor board, the script, dialogues and the religion of actors need to be vetted by the BJP?

Right-wing forces are not the greatest proponents of the freedom of expression. When they can’t officially ban a film or stop an event, they take recourse to physical violence. Films like Parzania and Firaq that revolved around the 2002 Gujarat riots were not allowed to be screened in the state under the threat of damage and arson to theatres that might exhibit it.

Aamir Khan’s Fanaa faced an unofficial ban in the state due to the strong stand taken by him on the Narmada Bachao Andolan. The famous BBC documentary India’s Daughter, on the victim of the horrific December 16, 2012 Delhi gangrape, was not allowed to be screened in India as, according to Arun Jaitley, the film showed India in a bad light and it would “affect tourism”. It’s strange Mr Jaitley and his government don’t subscribe to a more rational view that to attract tourism and to rectify India’s image, it’s better to stop Nirbhaya- like incidents rather than banning a film on her.

Lately, the nation is witnessing gagging of freedom of expression and dissent through means that includes extreme violence. Anyone criticising the government is termed “anti-national”. Members of minority communities are frequently asked to leave the country if they dare criticise the government, indicating the fragility of their situation.

Even film dialouges are attributed to deliberate hatred against the Prime Minister because the actor belongs to a different religion. Students are regularly oppressed if they dare sing a different tune than the line of discourse the government and ruling party is trying to impose surreptitiously, and sometimes blatantly.  There’s an aggression in the right-wing discourse that is trying to destabilise a balanced rational narrative. There is blatant misuse of the state machinery to intimidate people. The income-tax department has conducted a search at the production company of Tamil actor Vishal after he came out in support of Mersal and criticised BJP leader H. Raja for allegedly watching a pirated version of the movie.

The killing of rationalists, and lately the murder of journalist Gauri Lankesh, are among the incidents of extreme violence where dissent has been silenced through assassination.

Any extreme ideology, be it far-right or far-left, is dictatorial in nature that cannot tolerate the slightest criticism or divergence of opinion. It’s all about the personality cult and concentration of power through eliminating differences. Communist Russia’s Josef Stalin was one of the worst dictators in world history who simply killed his opponents through executions and assassinations.

Mao Zedong’s Cultural Revolution aimed to purge all “impurities” from Chinese society by destroying everything that questioned his authority. Adolf Hitler’s Nazi regime witnessed unprecedented oppression and genocide. North Korea continues to suffer even till today. These are extreme examples, but they are real-life events, not fiction. The foundation of Indian civilisation is tolerance and the existence of diversity. The argumentative Indian thrives on differences of opinion, the ability to absorb criticism and grow beyond it, and the coexistence of diverse worldviews. Take that away, and the soul of India will die.