Parsis came to India in numbers around the eighth century from Persia, after that homeland was invaded by the Arabs in 641. 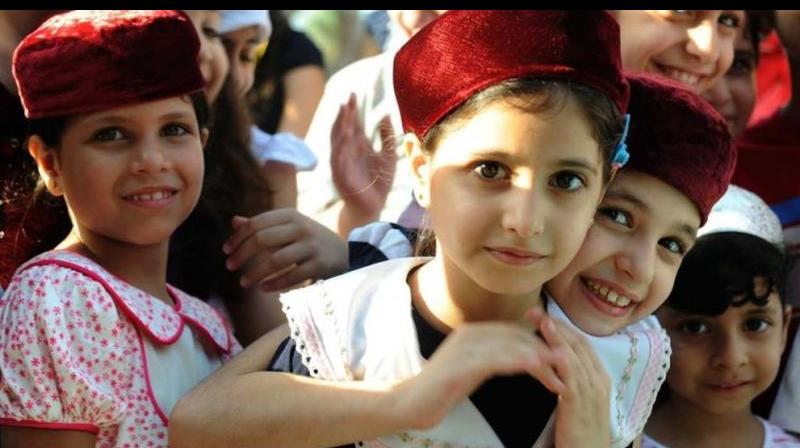 The photographers said they were actively seeking old Parsis and would put their portraits in a book. Gosh, I thought, at last fame is just one phone call away. (Representational image)

“The birds squawk in the twilight trees
The persistence makes your heart freeze.
The tide comes in and wets the sand
The moon is playing underhand.
We’ve not evolved in geometric forms
This growth and grossness, beauty’s norms…”
From Stepping Stones Stay Still by Bachchoo

An Indian publication runs an article which says two Parsi photographers are taking portraits of old Parsis, contending that the community, my community, has unique features descended from Persian ancestry and subsequent intermingling of genes with the Indian races.

Parsis came to India in numbers around the eighth century from Persia, after that homeland was invaded by the Arabs in 641. The defeat of the Sassanian Yezdigard III was followed by either forcible or voluntary conversion of a vast majority of the population from Zoroastrianism to Islam. Those who resisted conversion and held the preservation of their faith above love of the soil, fled to Gujarat, seeking refuge, which the Rana of the time generously gave them.

In pursuit of subjects, these enterprising young photographers have made a poster of their first subject and are using it to recruit more.

For a brief while, reading the first paragraphs about this venture, gentle reader, my heartbeat increased with excitement and the same organ swelled with hope. The photographers said they were actively seeking old Parsis and would put their portraits in a book. Gosh, I thought, at last fame is just one phone call away.

Then as a raging fire turns to cold ash, reading on, my anticipation was dashed. These brats specified that they only wanted people nearing the age of 90 — and though, gentle reader, my style may betray such maturity, I protest I far from qualify. In the age of the Internet, one can’t lie about one’s age as the nosey can easily google one’s name and get the truth.

The article didn’t mention any monetary remuneration for posing as a model, and besides, it seemed to imply that the subjects, these people with large Parsi noses and possibly flappy ears, would remain anonymous. Fame denied by a simple twist of ideological caution.
Kher!

I suspect these photographers are onto something — and thereby hangs a tale. Many decades ago, in my short and happy life, I was returning from London to Bombay and was wearing jeans and the T-shirts of the time with hair down to my shoulders and a beard, which were my credentials as part of the 1970s’ hippy generation. I had bought perhaps three bottles of alcohol at the duty free in London, deplaned with them and was stopped at Mumbai customs and challenged about the quantity. The customs officer asked me what country I was from and when I spoke to him in Hindi, he was amused and said my bottles were in excess of the limit but he would turn a blind eye and wished me well, saying he had assumed I was “foreigner”.

I stepped out of the exit with my bags, and as soon as I emerged, the taxi drivers who were touting for custom at the exit accosted me with “Bawaji, bawaji, bawaji, kahan jaaengey?”

“Bawaji” — the universal word in recognition of a Parsi. Oh God, the features, shining through the hippy accoutrement!

So, our young photographers have a point. My Parsi features shone through the disguise in the eyes of the discerning.

We live in the age of selfies. Every occasion, every visit, is diligently recorded on to a million phones. The selfotographers are not consciously determined to preserve the historical memory of the features of a fading race. They want to put the triggers of memory outside consciousness, have a concrete image to stimulate memory.

Or perhaps they don’t, perhaps all selfies are acts of vanity, of the assertion that one exists, however handsome or ugly. I suspect that the millions of selfies clicked at historical or great geographical spots are not so much: “I have seen this monument,” but more, “This monument has had the privilege of a visit from me!”

But the Parsi photo-chronologists are doing something different. They say they want to preserve the particular genetic features of our vaunted almost-racially-pure descent. They didn’t say as much in the article I read, but it stands to reason that their enterprise is inspired by the fact that these facial features, if indeed they are unique, may disappear forever as our numbers as Parsis dwindle to dodoism.

The one question I’d like to ask these archivists is whether their criterion of features includes complexion. I know that Parsis of my grandparents’ generation — and certainly some of that of my parents — were very conscious of the colour of an individual’s skin. Fair is beautiful was their credo. Through my casual, non-statistical observation, I have concluded that Parsis come in several colours but tend in numbers to exhibit the middle-to-fairer end of the spectrum. I am sure the range will be faithfully represented in the proposed archive.

Not that the features of the Indian population are reflected in the film, TV or advertising industries. Only the fair-skinned actor or model, by and large, get exposure on screens and billboards. Even then, our models, male and female, though a 100 per cent genetically Indian, are chosen for their resemblance to Western models. In some cases, the appeal is modified through the use of very typically Indian hairstyles, make up or costumes, but the chosen features and certainly the skin complexion are totally unrepresentative of a billion citizens of this country.

Ironically, the Indian media and urban youth imitate everything American but have failed to adopt the revolutionary slogan of “Black is beautiful” that swept America from the 1960s onwards.

Which should bring us to thank the gods for the invention of the mobile phones which take selfies. Posterity will, through the invention, inherit a record of the features of how the aam junta of selfie-snapping Indians actually looked. Jai Hind.