Opinion   Oped  22 Nov 2019  A women’s ‘caliphate’ on the Syrian-Iraq border that would otherwise not exist
Opinion, Oped

The camp is now home to over 70,000 people, most of whom are women and children. 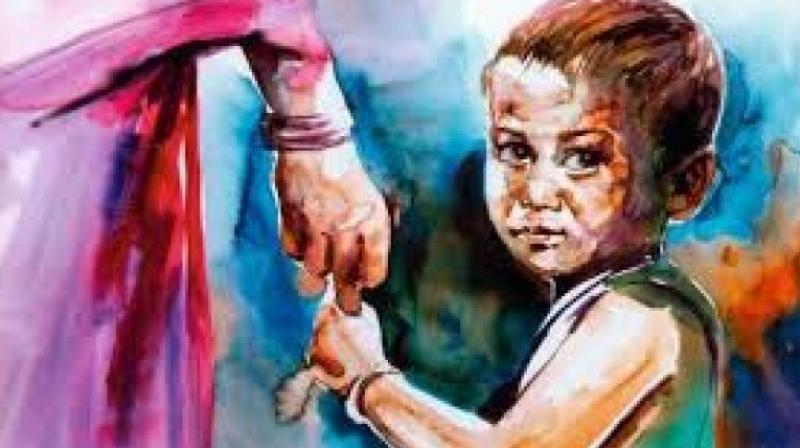 Then again there is the threat of men infiltrating the camp and committing sexual assaults on the female inmates of the camp.

By all accounts, the conditions in the Al-Hawl internment camp, which is located on the Syrian-Iraq border, are terrible. The camp is now home to over 70,000 people, most of whom are women and children. Everyone lives a haphazard and precarious existence in ragged tents and the occasional shipping container. Sanitation is nearly non-existent and disease prevails and takes away children every day. NGOs provide some food and some assistance, but it is usually too meagre to mean much, let alone lift the occupants of this camp from a hapless existence.

A month or so ago, an unusual development came to light. A woman whose identity is unknown has proclaimed the creation of a new so-called caliphate inside the camp. The new female leader of Al Hawl has decided to impose a set of complex rules and laws that must be followed by the women in the camp. In exchange, they receive some small level of protection.

Among the structures that have been set up by the new “caliphate” in Al Hawl are secret court systems that adjudicate disputes (which are constant and unrelenting) and mete out punishments, including death sentences. Three other brigades of women fulfil other functions; one patrols the streets enforcing strict face veiling and good moral behaviour such as prayers, etc; another brigade functions as informants, watching and reporting the location and intentions of the guards of the camp; finally, one brigade actually carries out the sentences meted out by the courts, with the worst offenders killed for their “crimes”.

It is quite likely that the last month and a half has created only more tumult in the camp. After the Turkish invasion, most of the Kurdish guards who were in charge of guarding the camp, enforcing rules and maintaining order in the camp have left for the front lines. According to one report from the Spanish newspaper El Pais, only 300 of the 800 guards remain on duty. Other personnel such as those who provided medical help to camp inmates, particularly the babies (of which there are many) have also left for staff hospitals on the front lines.

All of this has magnified the already existing power vacuum in the camp. It is no surprise then that a matriarchal system, a women’s “caliphate” of sorts, has emerged as a powerful force, while the “international” members of the camp, the women and children from Western countries, are housed in a separate area of the camp. Despite this, the women have used their “imprisonment” in the camp as a means of developing contacts and connections with other women. Ironically, the women, now without any of the men of the militant Islamic State (IS) group present, are free to meet each other and to develop their own system of governance.

This system appears to be based on a caliphate. The leader is wanted by Kurdish and Turkish authorities and allegedly sleeps in a different tent every night in order to escape arrest. In addition to the brigades of informants and thugs, she has also permitted the development of religious schools to educate girls and women about Islam in general. No other educational material is permitted in these schools.

Camps, particularly internment camps housing mostly if not all women and children (only five per cent of the camp’s inmates are men), are places of vulnerability. A strong female presence makes them ideal places for human traffickers to obtain women that can then be bought and sold. Without means to support themselves, and with the guards having no incentives to actually improve the lives of inmates, there is huge pressure on women to turn to prostitution to support their families. Then again there is the threat of men infiltrating the camp and committing sexual assaults on the female inmates of the camp.

There are also issues of citizenship. As we saw earlier this year, Western countries such as the UK have refused to take back women who left the country to go to Syria and join IS. The most well-known of these women was Shamima Begum who appealed to the UK government to permit her and her newborn son to return to the UK so she could be reunited with her family. The UK refused to take her back, saying that she should return to Bangladesh, a country from which her parents had migrated and that she had never visited. Nor is she alone: more than 40 countries are at this point refusing to take back women or even young children who are being held at the camp.

With all this lawlessness and uncertainty, and the world’s turn towards treating all such women and children as “contaminated”, it is perhaps inevitable that these former-IS women would turn back to the ideology that brought them to Syria and to IS in the first place. Amid the brutality of camp life, where murders and beatings supposedly occur every day, some order — even repressive order — may seem like a panacea against the otherwise existing lawlessness. The creation of the “matriarchal caliphate” seems to have little to do with matters of actual religious dogma such as the fact that a female “caliph” is against the views of many Islamic scholars.

Instead, in the desert on the border, is the sort of women-led movement that would otherwise never exist. The needs of the camp inmates, the power vacuum that exists, the lack of service provision and security and the unwillingness of home countries seem to have precipitated the creation of this all-women, religiously inspired domain and the so-called ordination of the first woman caliph. With it has come the brash and oppressive order typical of neo-jihadist movements — but repressive and cruel order, galvanised by fear and terror, may, for those held in the camp, be better than no order at all.