In search of a Himalayan solution

Let the two nations agree to start with the natural boundary and then go on to the artificial border. 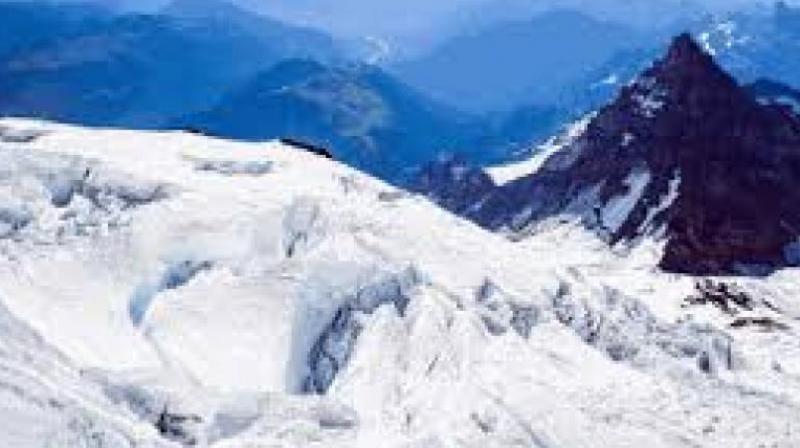 On the basis of my understanding of the law, logic, geography and history of India and China, here is an open brief for the resolution of the most agonising and intractable Sino-Indian bilateral issue: the boundary question.

The universally acknowledged and accepted Black’s Law dictionary defines a border as the boundary between two nations wherein the boundary is referred to as a natural or artificial separation that delineates the confines of real property. A boundary can be natural or manmade. An example of a natural boundary is a creek – such as Sir Creek between India and Pakistan. There is another legal term called “metes and bounds”, which means the territorial limits of real property as measured by distance and angles from designated landmarks and in relation to adjoining properties. This term is usually described to establish the boundary lines of land.

The law prescribes several types of boundaries that could be followed or fought by contracting, conflicting or competing parties to resolve an issue or continue rancour. Thus, we have “agreed boundary” — which means negotiated boundary by which adjacent landowners (like two or more sovereign states) resolve uncertainties over the extent of their land. It’s also called boundary by agreement or boundary by acquiescence.

The agreed boundary doctrine is the principle by which adjacent landowners (oe sovereign states) resolve uncertainties over land boundaries by permanently fixing the boundaries by agreement, specifically the rule that owners of contiguous land may agree on the boundary between the parcels. As long as the actual boundary is uncertain, there is an agreement between the two owners about the boundary line and acquiescence in the agreed line for a time exceeding the statute of limitations. The agreed boundary is identifiable on the ground. This agreed boundary doctrine is also termed as the doctrine of practical location, which can be followed by actual possession, agreement and implementation.

We also have the “lost boundary” and “natural boundary”. The lost boundary implies a boundary whose markers have decayed, changed or have been removed or displaced in such a manner that the boundary’s correct location can no longer be determined with confidence. The natural boundary denotes any non-artificial thing (such as a river, ocean, mountain) that forms a boundary of a nation/nations — this is also referred to as natural objects in a slightly different context of a person likely to receive a portion of another person’s estate.

Now comes the crux of Sino-Indian divergence — under which category should the long-standing bilateral boundary/border dispute of mistrust and distrust fall? As I understand, both China and India will first have to mutually agree to define the working modality and parameters under which they will function without recourse to rancour. They may like to take a principled stand that essentially the issue falls under the combination of “lost boundary” and “natural boundary”, and that it has got to be resolved under the “agreed boundary doctrine” that will take care of the “doctrine of practical location”.

The “agreed boundary doctrine” is understandable. But how does one take the “doctrine of practical location” to its logical conclusion in a terrain which is uneven, broken, diverse and a sizeable portion of which falls under the “lost boundary” owing to the vagaries of nature in the high ranges of the Himalayas? Here one has to tread carefully. Both Beijing and New Delhi have to first agree whether they will wholly and solely base their premise on pre-1947 Indian maps and pre-1949 Chinese maps, or not. In case they refuse to come out of the pre-1947 and pre-1949 psyche, any possibility of an amicable and mutually acceptable border resolution will simply dissipate.

I have had the opportunity to study a few maps of the western and eastern terrain of India. And despite sincere scrutiny over days, I was unable to find anything over which the contracting parties could possibly agree, thanks to the unbridgeable variations leading to “uncompromising protection of sovereignty” on both sides of the Himalayas, thereby creating and continuing a Himalayan problem for the Himalayan frontier.

However, I do see one possibility — the McMahon Line of the Arunachal Pradesh-Tibet axis. In case both Beijing and New Delhi decide to discard the Shimla Accord documents and make a fresh beginning to do business based on logic, reason and the doctrine of practical location of natural boundary, the issue of Indian garrisons and Chinese troops could be resolved. As we all know, Zhou Enlai, the first Premier of Communist China, had agreed to accept the McMahon Line as the boundary in 1959, irrespective of China’s professed stand of being a non-signatory of the 1914 Shimla Accord. If we accept the Chinese stand (that China was not a signatory to this accord), what does one say about India? India too was absent. If China claims that Tibet had no locus standi (despite being a part of China) to sign the Shimla Accord, as or on behalf of China, India too can claim that the entire signing process by the British, on behalf of India, was illegal and thus unacceptable as no Indian had certainly signed the Shimla Accord!
Thus, if China starts repudiating all past treaties on the ground that those were unequal, following the same line and logic India too could follow suit, and begin repudiating all British-imposed treaties as unequal and hence unacceptable to the sovereign Indian republic!

There is, however, quite an easy way out — follow the realistic, practical and conventional crest (highest point of a mountain), that is the crest of a watershed (a summit or boundary line separating the drainage districts of two streams) principle wherein the peak constitutes the border for both. In this way, the northern slope goes to China and the southern slope slope goes to India. Let the two nations agree to start with the natural boundary and then go on to the artificial border. As a proud Indian, I look forward to a Himalayan solution.