Of ‘dad dancing’ and cursed chancellors

Philip Hammond has made a sorry mess by rescinding a budget promise. 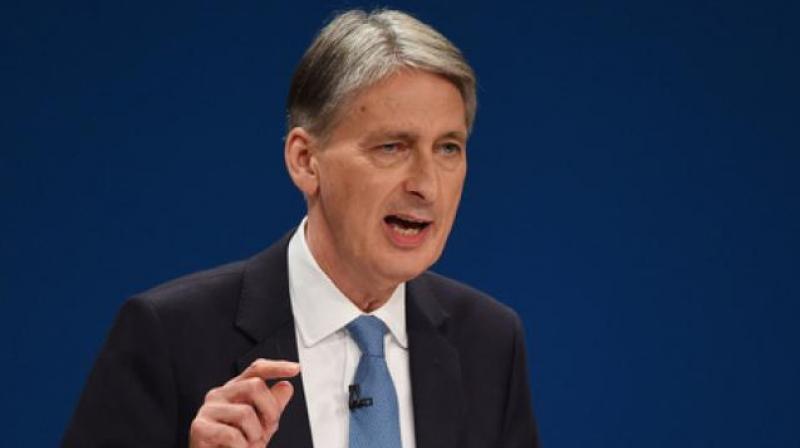 Perhaps it is the curse of the Chancellor of the Exchequer. But it seems that anyone who is chancellor cannot really live happily ever after. Once upon a time, during the Labour government (seems in another century) Gordon Brown lived a fitfully unhappy life till he became Prime Minister, and then it all fell apart. Then came George Osborne, another PM in waiting, whose ambition was thwarted by David Cameron’s resignation and the swift elevation of Theresa May. And now it seems Chancellor Philip Hammond has made a sorry mess by rescinding a budget promise. So it might not be long before he too bites the dust.

But Mr Osborne, after quitting the government has decided that he needs at least five different careers, not just one. After all, you can’t trust a single career — look what happened when he was chancellor!

But the latest job to be taken up by Mr Osborne has stumped even his most ardent fans. Why would he ever want to be the editor of the Evening Standard? From making the news to breaking the news is a huge jump for anyone! And this is the Evening Standard! A free newspaper which is thrust into our hands as we rush to catch our buses and trains. But perhaps Mr Osborne really means it when he says “We will judge what the government, London’s politicians and the political parties do against this simple test: is it good for London?” So according to him he will hold his fellow politicians accountable to what they are doing for the city! And risk them turning against him? Can you be a reporter and a politician? Hmmm… Already there is unease on the green benches, and calls for him to resign as MP.

Meanwhile, we had a great interaction with filmmaker Gurinder Chadha, and her husband and scriptwriter, Paul Berges, when the director of Viceroy’s House, came for a discussion on the Partition of India to the House of Lords. She spoke about how, in her tour around the country for the film, she has found people reacting very positively. For the Partition Museum team it was a special moment as she donated material used in the making of the film to the museum collections. These include dresses used in the film, as well as research material and bound scripts that show the development of the film, and intricate charts used by her to plot the story. As the film is based on historical events all this material will be eventually used by both film aficionados as well as scholars of the period.

Among the interesting material we collected were very fascinating copies of the letters exchanged between Jinnah and Churchill much before the Partition: this is a little known side of the two leaders. Not only did they meet in secret, they were using the Daily Mail correspondent based in Delhi at the time as a go between. Thus, there was a conspiratorial element to their assignations — unknown to either Nehru, Gandhi, or even later, Mountbatten. It is the contention of some, including Ms Chadha, that the Partition boundaries had already been decided much before Radcliffe came into the picture. And this cosy camaraderie between Jinnah and Churchill could have been behind it.

The Partition Museum team is now planning a charity premiere for the film at Amritsar, so watch this space. The film archives will be kept in the museum by August 2017, when it will be 70 years since the Partition. So you can see them all there!

And if there was any doubt that there can be trouble in paradise — it came this week with Prince William famously leaving his wife and kids at home, and bunking the Commonwealth celebrations for “dad dancing” in Switzerland with some of the lads. Such was the shock in the UK (where people are more used to Harry dancing naked than his brother dancing with his clothes on) that the media has reported nothing else but this for almost a week. The tone has been reproachful as the press has questioned whether he did this because he is “work shy”. Really? As far as we can make out, most of the “work” involves William and Kate wearing nice clothes and a friendly smile and meeting thousands of people every day. If he wants to hang out with his friends on a weekend and chat normally can he be blamed? After all, this is seriously hard work and the poor man must be exhausted. But all I want to know is that if Kate and William were not around for us to shake hands with — and were dancing on a mountain top permanently — would we be devastated? Perhaps fashion designers and palace staff more than us!

After all the outrage, the duo are out again in France shaking hands and looking pretty. It is obvious that William will behave himself and attend all official functions for some time.