Mystic Mantra: Peace of mind is all that matters

It is the human tendency to interfere in other’s matters and offer unasked advices. 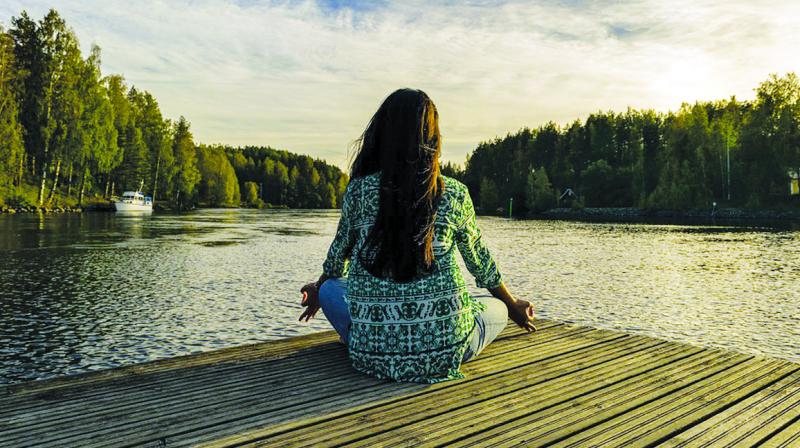 A peaceful mindset is directly related to our behaviour and attitude.

It is a well-known fact that no growth, be it personal, professional, domestic or spiritual, can take place without a peaceful mindset. A peaceful mindset is directly related to our behaviour and attitude, and unfortunately, not many people bother to check and control them.

There are five laws that can help one to achieve a peaceful state of mind:

Do not interfere in other’s matters/business: It is the human tendency to interfere in other’s matters and offer unasked advices. Irrespective of whether our advice would be welcomed or not and whether we are qualified enough to offer advice or not does not matter to us — we still go ahead and offer advice. This is often found to be annoying to the person specially when they have not asked for it. Our problem does not end at mere offering our advice but we even monitor the implementation of our advice and embarrass people and force them emanate negativity against us.

Do not crave for recognition: It is an inherent quality of humans to constantly crave for recognition for all that they do. This creates an expectation from others and the rule of expectation is that it never gets fulfilled so in the end we get disappointed and dejected. There is a famous saying in Hindi “neki kar aur dariya main daal”, which literally means to do good and forget.

Do not be jealous of others: Most of the people are not happy with what they have and they crave for more. The focus is always on what they don’t have rather than what they have so they tend to be jealous of other people who appear to be better off. The cause for jealousy could be anything from physical looks, intellect, name, fame, richness, house, car to prosperity, position, etc. This feeling of jealousy keeps one always unhappy and unsettled. We should consciously make an effort to not be jealous and instead be happy for what all we have and what all others have achieved. We must realise that God is not biased in giving somebody less and some others more but all that depends on individual’s karma. We must accept everything, which we have as gift from God and know that he is the best judge to decide what and how much is good for each individual.

Grasp the best and leave the rest: We have good and bad people, good and bad things, good and bad situations around us, and it is up to us to grasp whatever we want to. Generally, our focus is on the bad aspects of people, situations and things hence we land up grasping only the bad. If we start grasping the good from all around us we will become the happiest person with overall growth in personality.

One particular example that often finds mention in spiritual literature is the example of a lotus flower — as to how the lotus flower blooms amidst all the dirt/mud around it. It is aware of all the dirt around it, but yet it just absorbs whatever it needs to absorb from the dirt for its own growth. Similarly, there will be dirt/mud all around us (meaning all types of people), but it is entirely up to us to absorb the best of them for our own growth without trying to change them on a constant basis.

Keeping these key points in mind, it is advisable to not indulge in repeated faultfinding of others.

Sadguru Rameshji is a modern age spiritual guru and the force behind Poorna Ananda, a Hyderabad-based centre for spiritual evolution and joyful living. He can be contacted at www.poornaananda.org