The aims of the new Islamic anti-terror alliance are somewhat reminiscent of another earlier but entirely different military alliance. 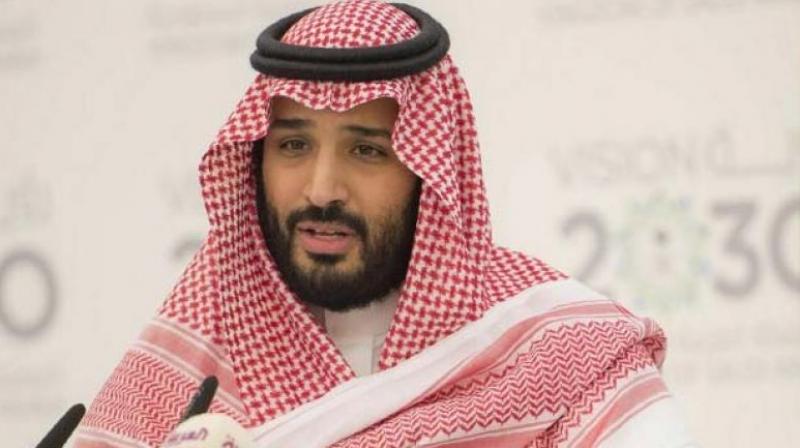 On December 15, 2015, Saudi defence minister Mohammad Bin Salman Al Saud announced the formation of an “Islamic Military Alliance to Fight Terrorism (IMAFT)” (alternatively titled “Islamic Military Counter Terrorism Coalition”) for coordinated military intervention worldwide against the surging terrorist forces of the Islamic State of Iraq and Syria aka ISIS, which had launched a radicalised, puritanical jihad or holy war against the entire non-Islamic world, particularly the United States and the West, but also equally against non-observant Muslim kingdoms and sultanates in North Africa, West Asia and Southeast Asia.

Saudi Arabia offered its own capital, Riyadh, to base the headquarters and joint command centre of the proposed alliance and invited Gen. Raheel Sharif, recently-retired Chief of Army Staff of Pakistan, to be the commander-in-chief of the coalition. The formation of such an anti-terrorist alliance is a formal acceptance of the current state of affairs in the Islamic world, where ISIS aka Daesh, the world’s largest and most radicalised terrorist organisation, has entrenched itself inside almost all Islam-predominant countries in West Asia, Asia and Africa, and taken firm root in the entire Islamic world.

The aims of the new Islamic anti-terror alliance, if not its detailed objectives, are somewhat reminiscent of another earlier but entirely different military alliance, which existed in roughly the same general geographic region during the Cold War. That was the Central Treaty Organisation (CENTO), a mutual security organisation of states and political entities in the region, all Muslim, the vast majority monarchies and military dictatorships, which were organised during the Cold War under American tutelage, through the Baghdad Treaty of 1955. The CENTO was originally based in Baghdad and comprised the monarchies of Iran under Reza Shah Pahlavi, Iraq under King Faisal II, the nominal republics of Pakistan and Turkey, ruled by military dictators, and the United Kingdom, a waning out of area colonial presence.

The creation of CENTO was to invest and contain the former Soviet Union along its southern boundaries, but for Pakistan, as always, it was totally different — to obtain modern American military equipment by way of aid for utilisation against India. Pakistan thus obtained modern M47 Patton tanks, F-86 Sabre jet fighters and modern artillery, which were all utilised against India in the wars of 1965 and later. However, as the winds of political change blew through the region, and imperial regimes in Iran and Iraq were replaced by anti-American ayatollahs like Khomeini and colonels like Saddam Hussein, CENTO found itself homeless in Baghdad and transferred its headquarters to Ankara, Turkey, and renamed itself in keeping with its changed location. It ultimately closed down in 1979.

To be sure, the Islamic alliance against terror, which has now been proposed and also undoubtedly bankrolled by Saudi Arabia, is no CENTO. It consists of 39 member countries and stretches across North Africa, South Asia and Islamic Africa. In view of its Pakistan-centric connection, India must carefully scrutinise the new alliance, which has emerged in the sensitive Arab Spring region, where a Saudi-led Sunni-dominant coalition is already fighting a fairly high-intensity air-land war with Houthi rebels in Yemen, while another indeterminate war convulses Libya, as well as Syria. Ironically, the Islamic Schindler’s List drawn up by Saudi Arabia does not appear to cover Indonesia, the most populous Islamic but secular country in the world, or India, also secular, but with the second-largest Muslim population in the world after Indonesia, and the principal target for radical Islamic terrorists operating out of Pakistan with the backing and support of the Pakistan Army and ISI.

This is possibly because the predominantly West Asian fabric of Islam has been replaced in India and Indonesia by an Islamic culture of a softer tone — a tribute to the more tolerant cultural heritage prevalent in these two countries. However, radical Islamic terrorists have targeted both these countries, the Lashkar-e-Tayyaba, Hizbul Mujahideen and Jaish-e-Mohammad in India, and Jemmiah Islamiyah in Indonesia. Islamic Pakistan is itself in bloody turmoil from various internecine sectarian conflicts bubbling within the body of Islam itself and “improvised chemical devices” are being used in the strife-torn regions of Balochistan and the AfPak border belt on unarmed men, women and children by the Pakistan Army in total disregard of Geneva Convention and the laws of common humanity. Help and succour in these regions by organisations like the International Committee of the Red Cross and Médecins Sans Frontières are being blocked by the Pakistan Army.

So even as the Islamic Military Alliance seeks to coordinate action against terrorism within Islamic countries, it must also ensure that Islamic countries like Pakistan which export and propagate terrorism against secular neighbouring countries like India are brought under control. The two countries with the largest Muslim populations in the world are not part of the Islamic Schindler’s List drawn up by Saudi Arabia.

The situation within the country too has been exacerbated by malicious rogues within the Indian Army itself, who have attempted to sully the izzat of this great institution by being “unfaithful to their salt”, and attempting to discredit it by shameless exploitation of the media, shaming the very organisation whose namak they have taken. The situation demands speedy justice by courts martial at the appropriate level, and prompt action on whichever side the balance of justice tilts.