The Congress can be revived only by an inspiring leadership, an appealing programme and infusion of new blood. 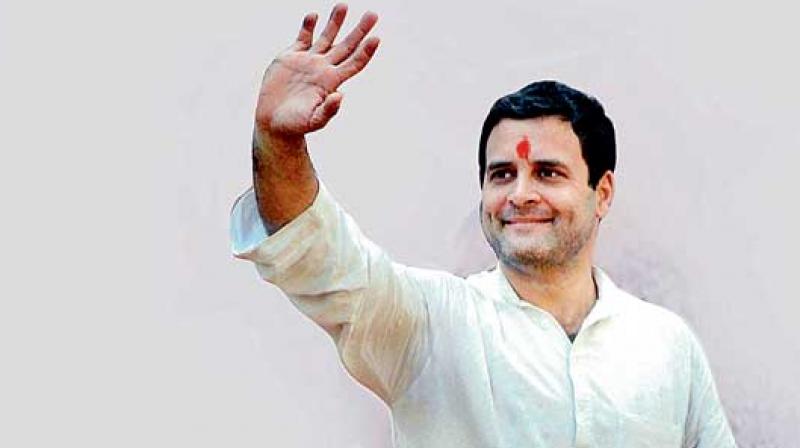 The Congress Working Committee (CWC) met in New Delhi on June 6, with its president Sonia Gandhi in the chair, to pave the way for elevation of the vice president — her son Rahul — to the presidency by October 15.

On major issues like the long-simmering farmers’ unrest as on much else, its contribution to the debate has been a justified denunciation of the BJP government. But it has been calculatedly timid on sensitive issues like attacks on the Dalits and Muslims, and, most revealingly, on the outrages in Kashmir.

The member selected to brief the media on the CWC’s decision on June 6 was Ghulam Nabi Azad, a Kashmiri by birth, who kept away from Kashmir politics for decades till he sensed an opening to become chief minister. He proclaimed that Kashmir was a closed chapter after the Indira Gandhi-Sheikh Abdullah accord of 1975 which harmed Kashmir.

This illustrates one of the two central defects in Sonia Gandhi’s leadership. One is her preference for personal loyalty over character and ability. The other is a wilful determination to emulate Indira Gandhi through autocratic policies and fostering dynastic succession.

Indira Gandhi split the Congress in 1969, won handsomely in the 1971 election and went on to instal her dictatorship in 1975. She split her faction of the Congress again in 1978 in order to reduce the party into a praetorian guard to combat the ruling Janata Party.

In 1980, all levers of power at the Centre and in the states were kept in her hands, as they were in the hands of her son and successor Rajiv Gandhi from 1984 to 1989 following his landslide victory at the polls after her assassination.

As Congress Prime Minister (1991-1996), P.V. Narasimha Rao kept Sonia Gandhi at a distance while ensuring the party’s decline. It is to her credit that she took over the reins and revived it under her leadership to regain power for a decade. But the party itself withered thanks largely to her arrogance and reliance on favourites. No serious attempt was made to craft an appealing ideology or a programme which responded to the needs of the people.

Reliance on the son increased and he has shown no promise. He has not enunciated any credo, nor propounded any policy. Showmanship is his forte and arrogance a marked trait. He publicly insulted Prime Minister Manmohan Singh by barging into a news conference by a party functionary to angrily denounce an official measure as “nonsense”.

The Congress is unlikely to be revived by such a character nor by his mother judging by her recent form. It is now paying for its senior members’ abject, opportunistic and prolonged submission to a dynastic leadership for nearly half a century since 1971.

In her second tenure (1980-84), Indira Gandhi stole the BJP’s clothes while its leaders were enjoying a swim in the Rashtriya Swayamsevak lake. Atal Behari Vajpayee cried on the shoulders of James M. Markham, the New York Times’ correspondent, in 1984: “Mrs Gandhi is playing a very dangerous game. The long-term interests of the country are being sacrificed to short-term gains. But encouraging Hindu chauvinism is not going to pay. As the majority community, Hindus must be above parochial politics.”

Yet, this is precisely what L.K. Advani and he did to win power. Narendra Modi followed suit. The polity is poisoned by their brand of Hindutva. The BJP whips up the Hindu vote bank and does not care one bit for the Muslim vote. Rajiv and Sonia continued to play Indira Gandhi’s game while raising feeble cries once in a while for the minority vote.

The issue now is of greater moment. It concerns the very survival of India’s democracy and, what follows from it inexorably, its secular credo. That task is beyond Sonia or Rahul — or, for that matter, their courtiers, some of whom, like Karan Singh, are themselves communal. Another, Digvijay Singh, called for Afzal Guru’s execution before the 2014 elections.

Yet, all is not lost. The structure is intact. Its tradition is old. The country faces a challenge on three fronts — moral, intellectual and political. If it fails to meet them, a Second Republic will arise in the mould of Modi-Adityanath. The Congress can be revived only by an inspiring leadership, an appealing programme and infusion of new blood.

In 1945, swept away by Labour, the Conservative Party’s finest intellect R.A. Butler set about crafting a programme as appealing as Labour’s. The Conservatives returned to power. Democrats and secularists within the Congress and outside must not lose heart. India can be saved. It will not be saved by shoddy compromises, but by articulating a programme and policy which answers the needs of its poor.