The Commonwealth seems to be at a crossroads at present mainly because Britain has voted to leave the EU. 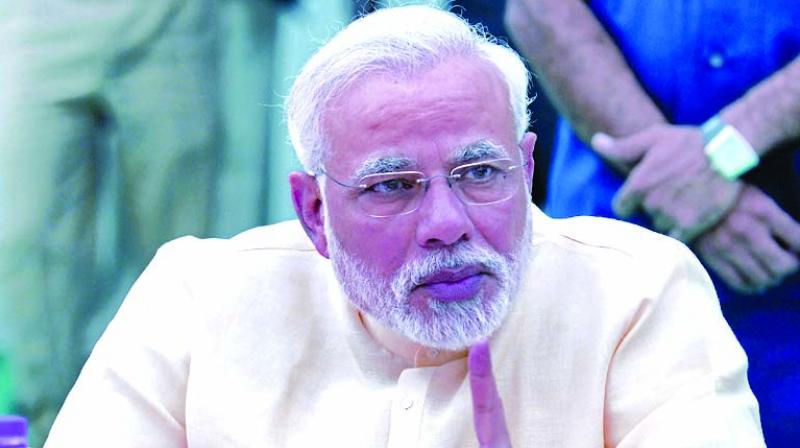 As Prime Minister Narendra Modi joins the Commonwealth Heads of Government Meeting (CHOGM) in London on Thursday, he will be India’s first Prime Minister to attend this forum since 2009. As the Commonwealth now sees itself at a major turning point in its chequered life of over a century, there will be much interest in the view India has of this moribund institution and whether its leader will contribute to its revival or encourage its quiet burial.

The present form of the Commonwealth owes much to India. Pandit Jawaharlal Nehru believed that newly-independent India, with little experience of international affairs, would benefit from participation in this institution that had countries from different continents as members. Hence, a new formulation had to be defined to accommodate India’s unique status — India accepted the British monarch “as the symbol of the free association of independent member nations, and as such as the Head of the Commonwealth”.

This convoluted terminology enabled several other nations emerging from British colonial rule to join this body and retain links as free nations with their former colonial master. Thus, the Commonwealth today has 52 members from across all continents — Africa, Asia, the Caribbean, Europe and the Pacific. It has 2.4 billion people, a third of the world’s population, one-sixth of the global GDP, and half the world’s top emerging cities.

India’s role in the Commonwealth has been mixed. It was most active in the first two decades after Independence, but later began to focus on building bilateral ties with the newly emerging nations in Africa and Asia. Its association reached a low point after the Cold War, when it prioritised ties with the new bodies of which it was a member, such as the G-20, Brics, the Indian Ocean Rim Association, Saarc (and later Bimstec), and more recently the Shanghai Cooperation Organisation.

India’s lukewarm participation reflected that of Britain itself, which began to attach the highest importance to its ties with the United States and its membership of the European Union from 1972.

The Commonwealth seems to be at a crossroads at present mainly because Britain has voted to leave the EU. Some sections of its political establishment believe that a revived Commonwealth could now provide it with a platform to promote its interests, primarily economic and cultural, but possibly political as well, as part of the vision of “Global Britain” that is being promoted as UK’s post-Brexit foreign policy.

Prime Minister Theresa May has said that Brexit gives Britain “the self-confidence and the freedom to look beyond the continent of Europe and to the economic and diplomatic opportunities of the wider world”.

Some observers believe this could be India’s moment as well. India remains a major contributor to the Commonwealth budget, provides nearly 20 per cent of experts to its training programmes, and is first among states contributing its facilities and venues for technical cooperation.

It has played a significant role in the institution’s election monitoring activities and has sought to suspend member countries whose democratic governments have been overthrown.

Prince Charles, who visited India in November last year to invite Prime Minister Modi to attend CHOGM, and who is expected to be anointed Head of the Commonwealth as and when he becomes King, has extolled India’s special place among Commonwealth members on account of its “wide range of national contexts, experiences, traditions and, above all, professional associations”.

A case for an enhanced Indian role in the Commonwealth can be readily made — the sheer geographical range and diversity of its members will give India a presence in areas of crucial importance to its interests, such as Africa, the Indian Ocean and the Pacific, without the need to compete with China.

In fact, issues at the heart of the Commonwealth’s contemporary agenda — climate change, sustainable development, the governance of the world’s oceans, expansion of economic and investment linkages, cybercrime and safeguarding of democratic precepts and institutions — are of central importance to India as well.

But serious problem areas remain. While some policymakers in the UK see the Commonwealth as part of the “Global Britain” vision, most commentators tend to be sceptical.

In a report published in March this year, the foreign affairs select committee of the House of Commons said that the Foreign Office’s post-Brexit policy of “Global Britain” is “a meaningless slogan, currently underpinned by no clear political, strategic or funding analysis”.

Again, The Independent, in a report in early April, noted that Britain’s economic priorities would remain with North America, the Asia-Pacific and Europe, rather than the Commonwealth. Thus, there was little likelihood of the Commonwealth emerging as an “economic powerhouse” post-Brexit. In fact, the UK is likely to be more concerned with increased immigration from Commonwealth countries than with the prospect of increased economic ties with them.

On the eve of CHOGM, Britain is in the throes of an ugly immigration dispute in which at least 50,000 migrants from the Caribbean, who came to the UK around 70 years ago, are being threatened with deportation if they cannot prove their date of arrival before the 1971 immigration legislation; some have in fact been deported already. Most observers see this as a racist issue and the persons affected as “the most high-profile victims of the hostile environment”.

Regardless of India’s unique attributes identified by Prince Charles last year, the fact remains that the UK will neither relinquish nor even share the leadership of the Commonwealth with India, and will seek to retain its grip on the institution with the backing of its allies, Australia, Canada and New Zealand. India therefore cannot on its own impart a new vigour to the organisation or steer it in new directions in keeping with the interests of developing countries.

India should therefore continue its low-key role in this body, seizing opportunities for engagement and advantage as and when they arise, but should have no illusions that it can give new life and direction to this inert body, whose roots lie in another era that just cannot be transplanted into contemporary times.