This year marks Facebook's growth from innocence to experience 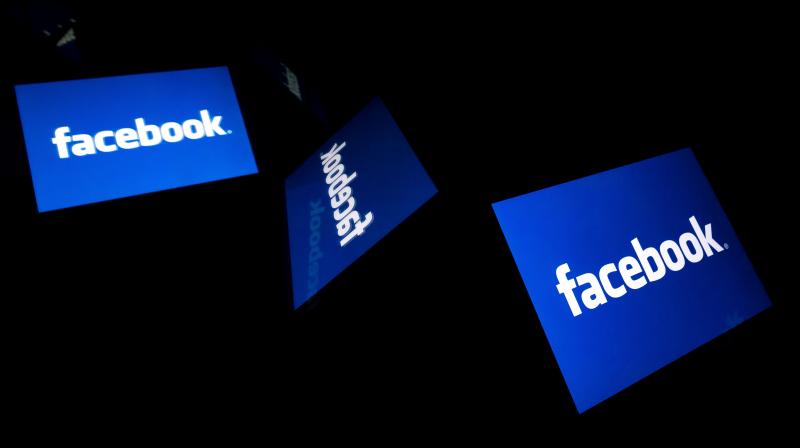 Facebook is facing questions on its ways in several countries of the world. (AFP)

What a year it is turning out to be for Facebook! Its sway over voters has made incumbent governments in several countries seek to exact their pound of flesh. As a self-proclaimed proponent of free speech with limited control over content, the social media company now finds itself stuck in both legal and moral conflicts in many countries such as Thailand, the Philippines, Australia and elsewhere.

The ongoing deposition before India’s parliamentary standing committee on information technology was always going to be a perfunctory but important attempt to raise questions of Facebook’s influence over societies and their behaviour. The committee is multi-partisan, but the original agenda -- whether Facebook has systematically favoured the BJP -- was so politically divisive that such a panel could have never found a consensus unless the agenda was broadened to a generalisation.

Potentially, the deadlock in the deposition heralds some independence for Facebook. The Congress and Trinamul Congress say Facebook has displayed a pro-BJP stance, while the government claims the contrary, even accusing Facebook’s employees of abusing the prime minister. In the end, Facebook can claim that since both sides are claiming bias, they cancel each other out and that there is no real bias. That is why it was important that the parliamentary committee work pragmatically towards a united, non-partisan and achievable public goal -- helping to independently curb hate.

Economic and political power makes great negotiators. But for Facebook, this is a battle of identity. Three recent episodes are of relevance:

1.     Facebook will soon add additional text to its terms of use to consolidate its position. In effect, Facebook has emerged from the shadows to stake its claim as a private company with full authority to tweak its rules, not as the public service that it can be mistaken for.

3.    Following Facebook India MD Ajit Mohan’s deposition, its global leaders Neil Potts and Mark Zuckerberg have issued statements that assure the world that Facebook is a neutral carrier and that hate speech will not be tolerated on it.

On September 1, Facebook forewarned its users of an impending addition of a self-protective clause to its section (3.2): “We also can remove or restrict access to your content, services or information if we determine that doing so is reasonably necessary to avoid or mitigate adverse legal or regulatory impacts to Facebook.” As many digital business experts point out, this is an overdue survival clause. But it underlines the arrival of a more proactive approach to censorship -- with larger implications on who gets to influence it.

On the face of it, the additional clause should provide comfort to those who may view it as a sort of social media garbage disposal. But if there is one word that’s ambiguous in the otherwise crystal-clear message, it is “we”. As much as its use in legalese is well-understood, who is this unseen hand in digital practice that restricts access, service, information or content? It could be the content desk, fact check desk, and standards-and-practices desk. However, given that algorithms are partly in control, is Facebook telling us that it will take more responsibility to rein them in?

Communicating on social sites like Facebook is both public and permanent. In the absence of proper (self-)regulation, it is at once a personally empowering and socially debilitating tool. Unlike edited content on the mainstream media, the free-flowing content on social media had accepted little accountability. That may be changing.

To prove the point, on the heels of the first day of the deposition, Facebook barred a known hatemonger, BJP’s T. Raja Singh. If that is supposed to be exemplary somehow, it does not make the cut. Many people in our circles have abandoned the platform to avoid the mentally draining intensity and abuse. Removing the hundreds and thousands of trolls and others who indulge in hate speech alone can bring back public confidence in social media and in humanity in general.

Facebook has turned its attention over the past couple of years to issues pertaining to privacy and political complications arising from its business-to-government (b2g) deals. While governments seek a piece of the content action, is Facebook’s government business jeopardising its founding principles?

It is clear that many, even quasi-democratic, governments want more control over social media content and content in general. In Thailand, a constitutional monarchy, the government asked that access to a group of voices against the government be blocked, and Facebook is suing the government to dispute such a restriction. Philippines President Rodrigo Duterte’s supporters are known to have peddled fake news on the platform. The country’s largest news network had to shut shop recently, thanks to governmental machinations. In Australia, the battle is to make social media accountable for borrowed content. Facebook has threatened to block news from Australian newspapers in retaliation over an impending pay-per-use law that seeks to shield its news media and requires Facebook to share revenues for news items taken from the newspapers.

Platforms such as Facebook face the consequences of not having thought through risks and challenges and pay the price of democratising processes. As a free marketplace of relationships and ideas -- “the digital equivalent of a town square”, as co-founder Mark Zuckerberg wrote in 2019 -- Facebook needs better control over credibility. A growing number of people with Facebook accounts have chosen to stay away because they are dismayed at what they see in that ecosystem. Facebook can help by making its users media literate. As the social media grows and as we become more social media literate, the distinction between satire and fake news, between claims and opinions, and between facts and myths grows on us. Organically, media literacy is a longitudinal process. But intervention can accelerate the education.

This year, and not 2016, when Facebook was first accused of gerrymandering, marks its growth from innocence to experience. How the company pivots this experience will determine its future.

The writer has led reputed institutes of higher education and is the founder of “Being Responsible”, which does media literacy programmes for schools.