Opinion   Oped  16 Jun 2019  ‘Chandrayaan-2 will be the stepping stone for human landing on the Moon’
Opinion, Oped

It will be a heart-in-the-mouth situation for Indian space scientists beginning July 15. 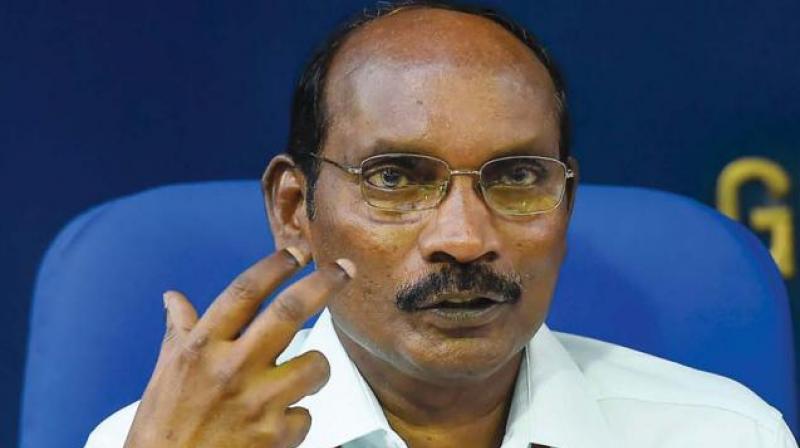 It will be a heart-in-the-mouth situation for Indian space scientists beginning July 15, when a gigantic rocket — GSLV Mark III — blasts off from the Satish Dhawan Space Centre (Sriharikota Range) to position Chandrayaan-2 on track for a 50-day voyage to the Moon. This orbiter-lander-rover mission could throw up exciting scientific discoveries on the origin of the universe, on the Moon and provide clues on the ideal site for human colonies, says Dr KAILASAVADIVOO SIVAN, chairman, Isro, speaking with B.R. SRIKANTH.

Isro is set to revisit the Moon after a decade. So please tell us how different is Chandrayaan-2 from Chandrayaan-1?

We are looking forward to more scientific results than whatever Chandrayaan-1 provided because this mission (Chandrayaan-2) has a lander (Vikram) and a rover (Pragyan) in addition to an orbiting probe. The landing site is also unique in the sense that no one has landed a probe near the south pole of the Moon.

Don’t you agree that Chandrayaan-2 could have been launched earlier than a decade after the first mission to the Moon?

First, we had to get an approval from the government for the mission, and then go back to the government again for approval after deciding about the payloads (instruments) for Chandrayaan-2. Later, we discovered that the GSLV Mark II (rocket) would not be suitable to launch our probe, so we decided to use the GSLV Mark III (rocket), based on the suggestion of experts. The configuration of the lander also changed from what was envisaged originally. So all these factors added up to delay the mission.

What were the major challenges which you and your colleagues faced in the making of this orbiter-lander-rover mission to the Moon (Chandrayaan-2)?

The orbiter is almost similar to Chandrayaan-1, but the lander and rover are completely new and complex systems. We had to develop a new propulsion system and new sensors for the lander along with navigation and guidance controls. So the technologies involved in the lander are new and so is its (lander) management. Likewise, we had to develop a number of new technologies for the rover, which is a robotic probe. We addressed all the technological challenges one by one, and overcame all of them.

How many R&D institutions worked on the design and making of payloads  on board Chandrayaan-2?

We have 13 payloads, of which eight are assembled on the orbiter, three on the lander and two on the rover. All these payloads were designed and made by our facilities spread across the country. Other institutes are not involved in this mission.

How about the payload from Nasa? Did the US government make a special request for a ride on board Isro’s lunar probe?

It’s a small payload (Laser Retroreflector Array or LRA) — so we did not have any issue accommodating it on Chandrayaan-2 when we received a request from the US government. For our next mission — Chandrayaan-3 — which will be accomplished in collaboration with JAXA (Japanese Space Agency), we will invite other countries too to participate with their payloads. We are working on the configuration of Chandrayaan-3, and will decide on the launch schedule at a later date.

Chandrayaan-1 discovered water in lunar soil. So do you think similar path-breaking findings are possible on the successful landing of Chandrayaan-2?

We have payloads to study the landing site in detail, the composition of lunar soil, about lunar quakes, the presence of new minerals, water and Helium-3 (a new source of energy which could last for more than two centuries). So the data beamed by these payloads can provide some path-breaking scientific discoveries. We are planning a soft landing near the south pole both for convenience (fewer craters and rocks) and for more scientific work on the Moon — and better visibility from the earth. Our mission could also provide clues on whether the south pole is the most ideal site for human habitation whenever colonies are planned on the Moon.

How different are the payloads which are fitted on the orbiter, the lander and the rover?

Each payload has a different set of sensors for various objectives planned during lunar exploration like looking for water below the surface soil, mapping minerals and chemicals and their distribution, and to study the atmosphere.

You have spoken about the “most terrifying moment” during this mission. Please explain.

From a distance of 30 km from the Moon, we have to control the descent of the lander (September 6 or September 7) with a great amount of precision to achieve a smooth landing. The speed of descent demands the highest levels of mission management and the perfect functioning of all systems on board which we are going to attempt for the first time. A small snag or miscalculation could result in the lander crashing on the Moon. So we are going to have butterflies in the belly through those crucial 15 minutes when the lander glides for 30 km before touching down on lunar soil.

What’s the life of Chandrayaan-2 and those of the lander and rover?

The lander and rover will be active for one lunar day (equal to 14 days on the Earth), after which comes the lunar night with extreme temperature conditions. The orbiter is designed to carry out studies for one year.

What are the likely spin-offs of Chandrayaan-2?

We will be acquiring the experience of landing on the Moon, which will be the stepping stone for missions like human landing on the lunar surface. This mission will also inspire young people in our country to take to science and astronomy.

Which is the next most challenging task for Isro after Chandrayaan-2?

There are many challenging projects in the offing. We are going to test a new rocket to launch small satellites, followed by the launch of a mission to study the Sun, and of course, the toughest will be in the form of Gaganyaan (sending an Indian crew into deep space on board a made-in-India capsule and rocket).