Opinion   Oped  13 Jan 2020  A sultan who modernised Oman and was a true peacemaker in West Asia
Opinion, Oped

Qabbous came to the throne in 1970 in a peaceful coup d’etat, engineered with the help of the British that sent his father into exile. 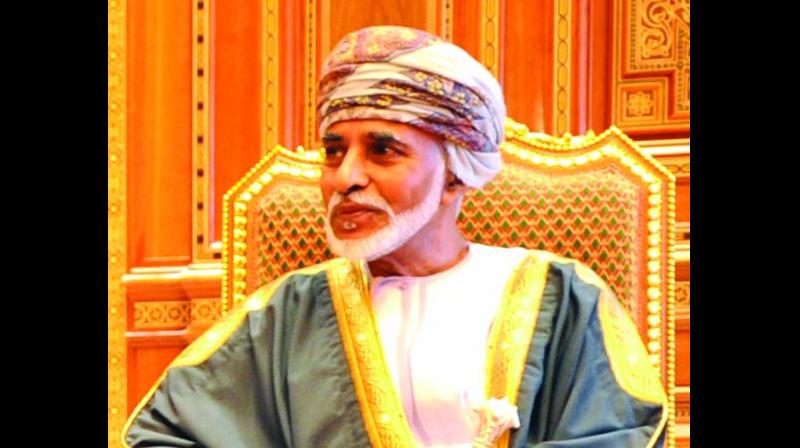 In the early hours of Saturday, January 11, Oman announced that Sayyid Haitham bin Tariq Al Said would be the new Sultan of Oman. This took place within a few hours of the passing of Sultan Qabbous bin Said and set at rest intense speculation in the last few years about the succession.

Qabbous came to the throne in 1970 in a peaceful coup d’etat, engineered with the help of the British that sent his father into exile. This set off a reign that fundamentally transformed the backward country into a modern, well-developed nation, in a process that was at once dramatic, comprehensive and yet peaceful. The date of Qabbous’ accession — July 23 — is commemorated in the country as “Renaissance Day”.

Qabbous’ principal effort was to unite his diverse people into a single nationhood — Oman has people of Arab, Iranian, Indian and African origin; they are Sunni, Shia and Hindu, while the state espouses the earliest form of Islam, Ibadism, that pre-dates the Sunni-Shia divide. The sultan respected all faiths, but insisted that religious practice be restricted to the home and not enter the public domain.

Qabbous’ modernisation drive was minimally disruptive, since the ruler was anxious to preserve, as much as possible, the best aspects of the country’s ancient history and culture — its forts, hills, trees, waterways and traditional villages and townships. This has made Oman’s development quite different from that of its Gulf neighbours where traditional beauty has been replaced by glass and concrete towers.

Not endowed with huge oil and gas resources, Qabbous’ effort was to utilise these depleting assets for maximum returns, with major investments in human development, backed by supporting infrastructure, so that the country boasts of economic opportunity alongside centres of higher education and attractive tourist sites of historical and cultural interest.

The late sultan is being rightly extolled for his role as the region’s peacemaker: as West Asia has plunged into one crisis after another, Qabbous maintained close ties with all parties and, when needed, attempted to promote engagement between the contending groups. In 2013, Oman hosted secret discussions between Iran and the United States that culminated in the nuclear agreement of 2015. In recent weeks, Muscat has been hosting a quiet dialogue between Saudi Arabia and the Houthis.

Qabbous had a unique strategic understanding of what the region needed for long-term peace and security. Thus, when a visiting Indian dignitary attempted to explain to the ruler the compulsions behind India’s establishment of diplomatic ties with Israel in 1992, his comment was India was late by 20 years: if India had taken this initiative two decades earlier, it would have been an effective peacemaker in West Asia.

The ruler also understood that regional peace required that Israel see itself as an integral part of West Asia; hence, he took the pioneering step of inviting Israeli Prime Minister Yitzkhak Rabin to Oman in 1994 and then hosted Benjamin Netanyahu in Muscat in 2018.

Qabbous’ strategic vision had a special place for India. In 1993, after the Cold War and the Gulf War, he understood that Oman’s security needed a “strategic partnership” with India. India was the nearest major power with which Oman had had an uninterrupted relationship over several millennia, forged through maritime links that had brought the two peoples together and had imparted to them a high level of mutual cultural comfort. Oman offered India access to its ports on the Indian Ocean and the entry point into the Gulf at Hormuz.

The sultan proposed that the proposed partnership be founded on substantial economic ties: two high-value projects to be executed by public sector companies, one in each country, and ties between the private sector be organised through a joint holding company that would pursue projects in the two countries and in third countries.

Sadly, India just could not rise to the challenge: the fertiliser project in Sur, Oman, was completed more than a decade later after much acrimony in India, while the joint refinery project in Bina, Madhya Pradesh, got indefinitely delayed so that the Omani side had no choice but to withdraw from it. The Indian private sector companies on their part saw no possibility of working jointly with each other.

This sorry experience affirms that India is just not able to shape and pursue a broad strategic vision, and remains condemned to prioritising domestic interests and compulsions and short-term, reactive responses to strategic challenges and opportunities.

The new Sultan, Sayyid Haitham, has stated in his first remarks that he will follow in his predecessor’s path “and build on it”. He faces formidable challenges. Falling oil prices have imposed an extraordinary burden on the exchequer, so that Oman will have to borrow $5 billion to meet the budget deficit.

The economic challenge will be compounded by the need to meet the rising aspirations of the country’s youth. In the wake of the Arab Spring in 2011, several thousand of them had demonstrated on the streets demanding jobs and an end to corruption. A shocked sultan had immediately reshuffled his Cabinet, provided some degree of popular representation, and increased unemployment doles.

But the monarch had clearly been unnerved by the popular anger and this, coupled with his ill-health from 2014, gave a sense of inertness and absence of direction to the nation. Sayyid Haitham is thus taking charge at a time when the country is desperate for leadership that will tread not the old path but shape new directions, with greater transparency and accountability in the political order.

Again, Haitham, lacking the stature, charisma and experience of the late sultan, will have to steer his country through the treacherous shoals of regional contentions, at the time when Iran is facing battlelines drawn by the United States, backed by Israel and Saudi Arabia.

Haitham has been a close friend of India over several years. His accession provides the opportunity to re-affirm bilateral ties and work together for regional peace. This would be the best tribute to the memory of the departed monarch.