Let law guide us, not our prejudices

Prejudice can ruin our justice delivery mechanism and rob us of our greatest strength as a robust democracy. 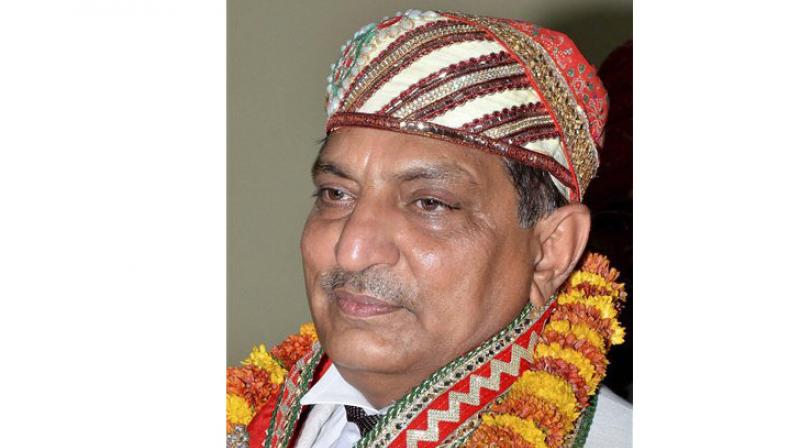 Justice Sharma’s judgment reveals the kind of brahmanical prejudice that threatens the delivery of justice as required by our Constitution.

Careful! The cute stories you tell your baby today may create international embarrassment 50 years later, like the story of the tearfully procreating peacock, which we heard from a somewhat elderly high court judge last week. The peacock is our national bird because it is very holy, said the judge as he retired from service, so holy in fact that it does not have sex, it sires babies through its tears. The peahen just needs to swallow the peacock’s tears, and voila! Her tummy is full of little baby pea people!

Now that is truly revolutionary. Not only does the peacock — known for his spectacular struts showing off magnificent feathers all fanned out for maximum display to attract the rather plain Jane peahen — skip the real thing after the elaborate courting ritual, but he also breaks a big taboo, proving that real men do cry, and they cry powerfully potent tears. This is also revolutionary because it proudly tramples over lowly scientific realities, like the fact that peacocks, like most birds, don’t shed tears, or that in secular life they procreate the way most big birds do.

But Justice Mahesh Chandra Sharma of the Rajasthan high court had reason to bring in the national bird. He had delivered a judgment urging that the cow be made India’s national animal, replacing the tiger. The, holy cow, he believes is very special and deserves the post. For one, the cow is the only animal that exhales oxygen. You get the picture? So just as the chaste, holy peacock is the national bird, the magical, holy cow needs to become the national animal.

Sadly, as teary peacock jokes popped up all around, you were ready to burst into tears yourself. The justice system is our strength — it was till recently perhaps the strongest among our four pillars of democracy. And for the sake of our nation and its people, for the sake of our sanity, we need to see that the judiciary stays strong and faithful to the Indian Constitution.

Justice Sharma’s judgment reveals the kind of brahmanical prejudice that threatens the delivery of justice as required by our Constitution. We are human, of course — we bring to any post our childhood beliefs and prejudices, our loves and hates. But we are expected to consciously set all that aside when we act as public officials, solely guided by and faithful to the Constitution and the law of the land. Natural justice demands that judges be completely unbiased and impartial, that they depend only on the evidence and not on preconceived notions. If this basic principle of justice is absent, it shakes our confidence in the justice system.

Like the bizarre acts of Justice C.S. Karnan of the Calcutta high court does. Because of his curious behaviour he was barred by the Supreme Court from discharging his duties. Undeterred, the judge, who belongs to a scheduled caste, swiftly ruled that the seven Supreme Court judges involved — including Chief Justice of India J.S. Khehar — had insulted him and were offenders under the Scheduled Caste and Scheduled Tribe (Prevention of Atrocities) Act and summoned them to his home, which would be a residential court. In turn, the Supreme Court sentenced Justice Karnan to six months in jail for contempt of court. But he has been absconding for a month, and is to retire next week.

The curious case of Justice Karnan only muddies the waters further for SC/ ST judges, who frequently face terrible discrimination. In fact, such brahmanical prejudice is still so strong among the lower courts, that a judge can cleanse not only his chamber but also the entire courtroom with holy Ganga water when he takes over from a dalit judge.

Similarly, our personal prejudices very often influence not only our behaviour but also legal judgments. And issues of human rights involving religion, caste, class, community, gender or sexual preference are often determined by chance. So a raped woman is asked to marry her rapist because the judge believes he is “saving” her from social stigma, and the rapist gets away with a light sentence for “rescuing” the woman whose life would otherwise be “destroyed”. Or, the court can rule that a dalit woman has not been raped because the accused are upper caste men and would not touch a dalit. In fact, rape cases as well as cases tried under the SC/ST law have very low rates of conviction.

And the Supreme Court, the last refuge of the desperate justice-seeker, can claim that Hindutva goon Dara Singh must not be hanged for burning alive missionary Graham Staines and his two little sons because “the intention was to teach a lesson to Graham Staines about his religious activities, namely, converting poor tribals to Christianity”. Under pressure, the court later replaced these words with a less prejudiced mitigating factor.

Or, the Supreme Court can reverse the progressive 2009 Delhi high court order on Section 377 of the Indian Penal Code, decriminalising consensual homosexual acts. And later, dismiss the review petition because it affected only a “minuscule fraction of the country’s population”.

Reportedly, the Madras high court has recently released five prisoners sentenced to life imprisonment for murder and looting in Kanchipuram because the district sessions judge had concluded that the accused must have committed the crime as they were Irulars, a denotified criminal tribe. “Any finding of guilt based on no evidence but on communal considerations is unconstitutional,” stated the court. Prejudice can ruin our justice delivery mechanism and rob us of our greatest strength as a robust democracy.

At a time when the other three pillars of democracy are wobbling dangerously, we need our judiciary to be sturdier than ever. The executive, or the government, is close to becoming a dictatorship with no space for debate among ministers. It also does not rein in violent Hindutva activists who have little respect for the Constitution. The legislature is weakened by a frequently disrupted, frequently dysfunctional Parliament, a rudderless Opposition and a bickering tribe of mostly opportunistic regional parties.

The media is either bowing to corporate interests or co-wering before the government. Only a small segm-ent attempts to live dange-rously as independent media. The World Press Free-dom Index (2017) by Reporters Without Borders now ranks India at 136 out of 180 countries. Quite shameful for the world’s largest democracy that once boasted a vibrant, free press.

At this stage, we need the judiciary, the last court of appeal, to be really strong. We cannot let our prejudices cloud our judgment. We must be guided only by the Constitution and the law. And it is our duty as aware citizens to metic-ulously debate every uncomfortable judgment, and laud every judgment that goes against prejudice to uphold the spirit of the Constitution.