It is up to the state to find solutions because public good always outweighs short-term losses. 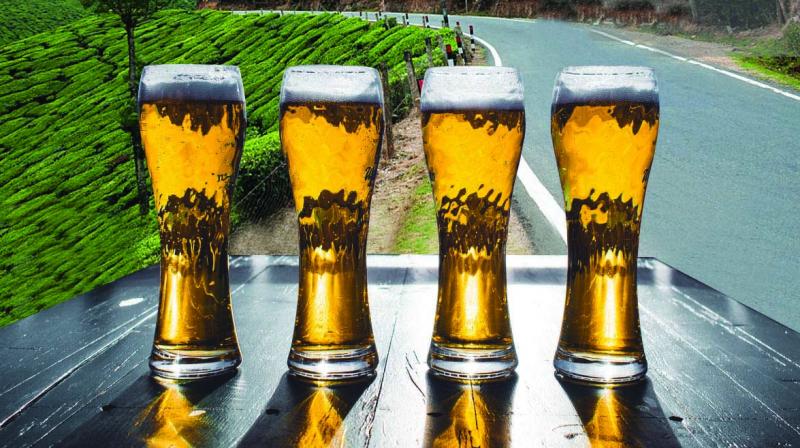 A number of states wanted liquor outlets to maintain a distance from highways. The SC now has attempted to give the law more clarity, nothing more.

It is up to the state to find solutions because public good always outweighs short-term losses. Perhaps one solution would be to open online liquor shops. At least, the dehumanising wait in unending queues can be done away with

It will be far-fetched to argue that the Supreme Court has encroached into the realms of the executive by prescribing a specific distance for liquor shops from highways in its December 15, 2016, order, and the subsequent clarification made on March 31. First of all, it is not prohibition or a blanket ban. It is only a reasonable restriction which is constitutionally permissible to protect public interest. The same logic applies to prohibiting smoking in public places and restricting it to restricted spaces.

The apex court has not introduced a policy measure either. In fact, prohibition was already written into the Constitution. Article 47 of the Constitution, which comes under the Directive Principles of State Policy, says that the State shall endeavour to bring about prohibition of the consumption of intoxicating drinks and of drugs which are injurious to health. Therefore, Prohibition is a Constitutional mandate.

And Article 37 has made it evident that Directive Principles should be fundamental in the governance of the country, even though these principles are not legally enforceable. It therefore enjoins upon the three pillars of democracy, including judiciary, to apply these principles in making laws.

Again, it is not as if Prohibition remains forgotten in the depths of the Constitution, ignored by the executive and the legislature. Various state governments like Gujarat, Bihar, Kerala and Tamil Nadu have introduced the policy in one form or the other. Even the Centre had conducted a study to understand how booze influences road behaviour. A major finding was that easy availability of drinks along the roadside was contributing to road accidents.

Read: Take all roads to safety

Fact is, such reasonable restrictions as the Supreme Court has now imposed were already there in central Acts like Motor Vehicles Act. For instance, the distance liquor shops have to keep from schools and religious places.

However, there have also been instances where the SC had made policy. A mechanism to tackle workplace harassment of women, in the by now legendary Vishakha and others versus State of Rajas-than case, is a telling example. Even this was not strictly a new policy as the dignity of women was a Constitutional guarantee. Also, the Union government had signed an international treaty for the equality and protection of women in the workplace. This demonstrated inclination, but the intent was not made into law. Sensing the gap, the SC stepped in to lay down certain guidelines. It took another 10 years for the Centre to come up with the Sexual Harassment of Women at Workplace (Prevention, Prohibition and Redressal) Act, 2013. This indicates the complimentarity of Constitutional institutions to uphold rule of law and give citizens constitutional governance.

In this case, however, Prohibition was not only a Constitutional promise, but it was also implemented by the executive in various forms. A number of states wanted liquor outlets to maintain a distance from highways. The SC now has attempted to give the law more clarity, nothing more.

The argument that the SC should have provided more proof of the liquor-accident link before pronouncing its verdict also seems amusing. We have had instances of popular stars running their vehicles over sleeping pavement dwellers in a fit of drunken driving. The insanity of driving under the influence of alcohol is so evident that it requires no proof. Still, the SC has based its order on the submissions made by National Road Safety Council and Ministry of Road Transport and Highways (MoRTH).

Thousands of people die in road accidents every year. Unless proof is provided that these deaths have no links to drunken driving, the SC’s move to reduce the ready availability of liquor along busy thoroughfares is a constitutionally valid act. However, to find such a proof is not the burden of the apex court. The worry that five-star hotels and clubs, too, have been affected is misplaced. This is a welfare measure, intended to protect the life of citizens, and so has to be read liberally. Had it been a penal statute, we should have read it strictly. Of course, there are short-term issues like the possible unemployment of certain workers and relocation issues. It is up to the state to find solutions because public good always outweighs short-term losses.

Perhaps one solution would be to open online liquor shops. At least, the dehumanising wait in unending queues can be done away with.