Hullabaloo in UK: Is this the biggest scandal?

The expenses scandal seemed specially shameful to us because prominent Indians and Bangladeshis were involved. 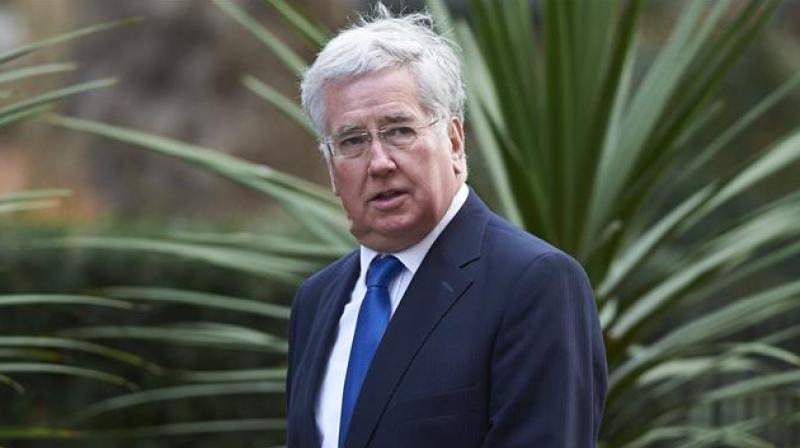 London’s great guessing game is whether the current sex scandal will inflict greater damage on the Mother of Parliaments than the 2009 expenses scandal did. Our own Swraj Paul was one of three Asian peers to be suspended from the House of Lords for over-claiming expenses last time. This time, Sir Michael Fallon has had to quit just when he was all set to become the longest-serving Conservative defence minister in history. Four other senior politicians are being investigated.

Amber Rudd, the home minister, says Westminster has changed. Others argue nothing has changed. The system has always reflected every human flaw and frailty under the sun. People in power have always pocketed the loose change if no one was looking. As the current controversies in Indian universities and Hollywood confirm, men are by nature predators. But vice and weakness have always been covered up. There’s an outcry only when the wraps fall away and what goes on in seedy secrecy all the time is dragged into the limelight.That’s when the outraged hullabaloo illustrates the truth of Macaulay’s claim that “no spectacle is so ridiculous as the British public in one of its periodic fits of morality”. The difference between Bill Clinton’s peccadilloes and John F. Kennedy’s philandering is that the media didn’t fasten on the latter. It cannot help but do so in this case with a so-called sex dossier containing lurid allegations about the tastes and activities of 40 senior politicians doing the rounds. The charges against them range from sending indecent text messages to storing pornography in ministerial computers, from groping female (and male) assistants to sexual blackmail and even rape. When a former Conservative aide told the police that her drink was spiked with “a date-rape drug” at a bar in Parliament, the officers said it was not the first such complaint. The dossier mentions a Cabinet minister who liked gay sex with men wearing women’s perfume. An MP who is fond of his drink followed a young activist to her hotel room during a party conference. Other young aides and activists were warned that objecting to sexual advances would harm their career.

Monstrous as all this may sound, it’s not new. The popular schoolboy song, “Lloyd George Knew My Father!/Father knew Lloyd George” was a take-off on “Lloyd George Knew My Mother!” hinting that the Bible-thumping Prime Minister was a womaniser. It’s no secret that Harold Macmillan’s wife, Lady Dorothy, daughter of the Duke of Devonshire, had a long-lasting affair with the bisexual Conservative politician, Robert Boothby. Tom Driberg, the ex-Communist Labour MP for 28 years, was a notoriously promiscuous homosexual frequently in trouble with the police when homosexuality was a criminal offence.

More recently, Jeffrey Archer’s political career ended when he was jailed for perjury in a case involving a prostitute “willing to engage in perverted sexual practices”. Cecil Parkinson, a former Cabinet minister, died last year leaving nothing for the maintenance of an illegitimate daughter by his secretary. He chose never to see the girl who was born handicapped. Yet, Margaret Thatcher wanted to appoint Parkinson her foreign secretary, arguing when he demurred that Anthony Eden’s womanising had not prevented him from holding the job.

There’s much more to support the view of an anonymous “senior Labour MP” who is quoted as saying that such allegations reflect the “culture” of the House of Commons that “too many knew about and too few were willing to do anything about”.  Some of the sex dossier’s 15 charges relate to consensual sex or deviant preferences. Some are fiercely denied. But the general assumption is that the dossier doesn’t reveal more than the tip of the iceberg of harassment and importuning to which young women who work at Westminster are subjected. Many more heads are expected to roll as the crisis deepens.

The expenses scandal seemed specially shameful to us because prominent Indians and Bangladeshis were involved. But if British guilt seems surprising, it is only because the world has accepted the British at their own high self-valuation. No nation has sold itself so successfully to others as the British ever since the high noon of empire in Victorian times.

Among the many myths Britain has created and successfully peddled is the legend that it is the most aristocratic of democracies and the most democratic of aristocracies. That there is often a grain of truth in these boasts makes them all the more plausible, specially since they come packaged in the English language which is all the more effective as an instrument of propaganda for being subliminal in its reach and influence. His own sexual adventurism did not prevent Sir Michael Fallon from recently giving what is described as an “absolute roasting” to the First Sea Lord, Admiral Sir Philip Jones, because some ratings had tested positive for drugs. The challenge now is assessing and containing the damage. David Cameron reportedly considered introducing a disciplinary system but was thwarted by his backbenchers. Theresa May announced a new code of conduct for conservatives last week as well as a new complaints procedure that includes an independent member for the first time. But Ms May made herself unpopular by replacing Sir Michael Fallon with an inexperienced young favourite whose only recommendation seems to be that he founded the Curry Club at Westminster seven years ago.

These are the men who will steer the ship of state when post-Brexit Britain casts off from the safe harbour of the European Union to navigate unknown international waters on its own. That will be the test of lofty claims about Britain’s character and institutions. Judging by present evidence, one might repeat Juvenal’s question, Quis custodiet ipsos custodes?  “Who will guard the guards themselves?”