This investigation will look into whether Ms Patel’s behaviour in high office transgressed the ministerial code. 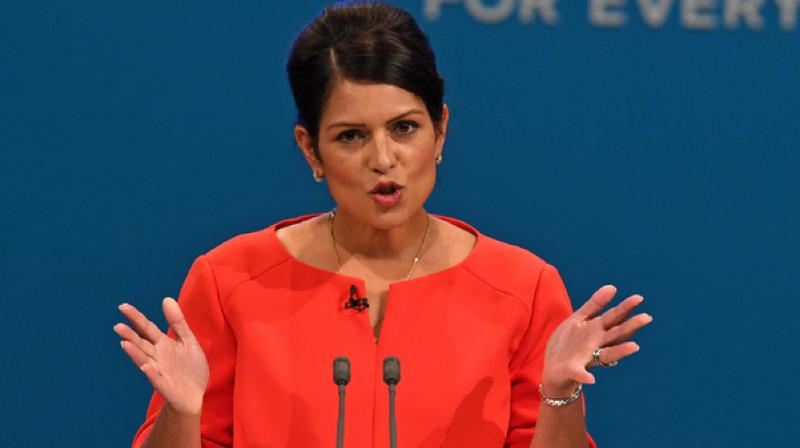 “A sceptic is the policeman of the impossible
A cynic is the poet of the possible!”
From The Proverbs of Bachchoo Ka Adda

When is permanence impermanence? When it is a permanent secretary in UK’s home ministry run by one Priti Patel. Last week, her permanent secretary Sir Philip Rutnam, her seniormost civil servant, resigned, complaining that he was forced out of office by minister Patel who led a vicious campaign against him. He went further, alleging that Ms Patel regularly and constantly swears at and abuses junior civil servants, threatens and bullies them.

Sir Philip intends to go to court alleging unfair dismissal from one of the high-ranking posts in Britain’s civil service. Prime Minister Boris Johnson, while issuing a statement saying he has perfect confidence in his home secretary, has allowed the Cabinet Office to launch an investigation into Sir Philip’s much-commented-on allegations. This investigation will look into whether Ms Patel’s behaviour in high office transgressed the ministerial code.

In the wake of Sir Philip’s allegations, several other civil servants have made bold to accuse Ms Patel, who was in the past five years a minister in two other departments of government, of similar bullying and abusive behaviour. One of these, who chooses for the moment to remain anonymous, said she was pushed to the point of attempting suicide by the bullying and threats she received when Ms Patel was her boss at what she calls a Ministry of Fear two years ago.

Britain has no written constitution. The writer and savant Lytton Strachey called it a “child of wisdom and chance”. He meant it was a set of conventions, partly binding but always subject to evolution, which had come about through the supposedly best practice of democracy’s values, demands and possible interpretations.

The ministerial code under which Ms Patel’s behaviour is to be judged can be seen as part of UK’s unwritten constitution as it specifies how elected members or indeed lords and ladies, who are appointed to high office by the Prime Minister, are to behave. They mustn’t take bribes, for instance and they shouldn’t behave to their civil servants in a manner unbecoming a representative of the people’s mandate.

In every operating democracy, the convention, written or unwritten, is that the legislature passes the law, the judges interpret it and remain in their judgment completely and absolutely independent of influence from the executive, the ministers and mayors of the country. When the Constitution, as in the US, allows the President to appoint judges of his choosing and political inclinations to the Supreme Court of the land, this principle of independence is in danger of being undermined.

In any democracy, the law operates by citizens understanding what is and what is not permitted by it. They are expected to behave themselves. When they don’t, someone has to enforce the tenets of the law and that someone are the police — not Revolutionary Guards or members of some party.

And these police shouldn’t be a law unto themselves. In India we may tolerate and turn a blind eye to what are popularly known as “encounters”, in which the police mete out summary justice, killing villains they’ve captured and alleging that these were killed in a gunfight or while trying to escape. Perhaps it happens in the US too.

In civilised practice, in countries which are not “Nazified”, the police should interpret the law and bring before the judiciary those who have transgressed it. The principle that obtains in these cases is that of “innocent until proved guilty”.

In recent months in the UK, thousands of activists took to the streets under the banner of Extinction Rebellion, protesting against the government’s inaction to combat climate change. They were well-organised and used their efficiency to block streets and bring city traffic to a standstill. In clearing the streets of these protesters, the police, under the gaze of the media, carried the protesters away, four policemen to each limb, to present them before the courts.

Some politicians, climate sceptics and the like, were of the opinion that the police should use extreme force to keep the cities free of such obstruction. Nevertheless, the democratic process prevailed. The politicians could not and should not instruct the police on who is worthy of arrest or other action.

So, whom then must the police obey? In a constitution-defining judgment in 1968, Lord Denning, Master of the Rolls, a seniormost judicial post, argued that a chief constable of police “must take steps so to post his men so that crimes may be detected and that honest citizens may go about their affairs in peace. He must decide whether or not suspected persons are to be prosecuted… in all these things he is not the servant of anyone, save the law itself”.

The operation of this principle obviously requires enlightened police chiefs who believe absolutely in the constitution and the law. Moreover, if their orders are to be effective, they have to command a force that either shares this enlightenment or simply carries out the order without fear or favour.

No country calling itself a democracy can or should tolerate pogroms against sections of its innocent citizens. The Nazi police, under an avowed dictatorship, would stand by when synagogues were burnt, Jewish shops and establishments attacked and Jews murdered.

Any country with a fairly elected government should live up to the tenets of democracy which include the examination, exclusion and prosecution of individuals, even if they are ministers, when they instigate people to arson and murder.

Gentle reader, despite being a Parsi, I am no constitutional lawyer, but crave your indulgence for these above thoughts that every citizen of a democracy should find self-evident.