A picture showed the man aiming the gun at the crowd while the policemen looked on indulgently. 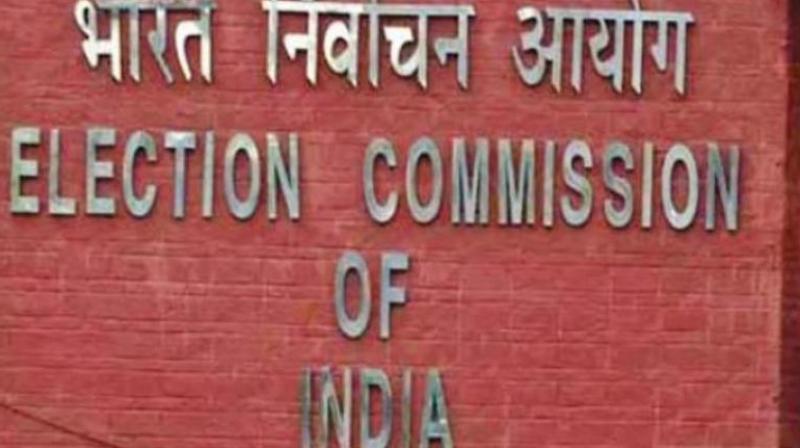 The BJP is desperate to win the elections for two key reasons. It has to stall the march of the Opposition in Assembly elections and equally, it needs to capture power in the capital city on behalf of the business tycoons who shore up the party and who have been riled by Kejriwal’s campaign to keep crony capitalism at bay. (Photo: File)

The gunman half danced, half walked with a swagger towards the swarming crowd of India’s bravest women. His movements resembled a Shyam Benegal movie sequence around an obscure ritual to propitiate a remote southern deity. The women had been protesting for weeks in Delhi against Prime Minister Modi’s communally framed citizenship law that excludes Muslims. Then the gunman shot one man in the forearm but luckily no further damage was done. The experienced women remained calm and didn’t respond to the provocation. The police then escorted the man away and instantly declared him a minor, which means he is not liable to be prosecuted. The age was clearly cooked up but that was not the only thing unreal about the incident that took place on Jan 30, the dark day of Mahatma Gandhi’s assassination at a prayer meeting.

A picture showed the man aiming the gun at the crowd while the policemen looked on indulgently. One of the officers was standing arms crossed as if there was nothing happening he should be disturbed by. The picture circulating on the web carried the telling remark: “Ye jo dahshatgardi hai/ Iske peechche vardi hai.” A friend from Karachi claimed the lines were actually lifted from Pakistan, where they were apparently used to describe complicity between assorted terrorists and adjuncts of the state. An American professor of history told me the slogan was coined in Pashto in Afghanistan.

For an Indian, it is difficult not to see the picture in the context of the recent arrest of police officer Davinder Singh in besieged Jammu and Kashmir. The top cop was in charge of the anti-hijacking unit at the Srinagar airport. And now he was found in a car headed for Delhi just before the R-Day celebrations with two alleged Hizbul Mujahideen men, the same group media says had claimed responsibility for the deadly Pulwama attack. It must be a coincidence that Davinder Singh also belongs to Pulwama.

Earlier, Davinder was named in a little known letter that Afzal Guru wrote to his lawyer before being executed following his conviction to salve the “conscience of the society” in the 2001 parliament attack case. Researchers and writers, including Arundhati Roy, have recorded many gaping holes in the police story. Guru claimed Davinder tortured him brutally, which the cop admitted. He had pressed him to help the alleged attackers in the parliament case with logistics in Delhi, which the cop denied.

In a similar vein, questions were raised by informed individuals, including a retired top cop from Maharashtra, about the mysterious shooting of anti-terror police officer Hemant Karkare. Karkare was investigating a far-right Hindu group in false flag bomb attacks in which Muslims were blamed. One woman he charged in the crime was elected as Modi’s handpicked candidate for the LS elections last year. Meanwhile, nationwide protests against Modi’s new law, of which Shaheen Bagh has emerged as the rallying point, and even described as a second freedom movement, is finding itself caught in the political crossfire of Assembly elections in Delhi. The BJP is campaigning against the Shaheen Bagh women, painting their peaceful sit-in as the hub of Muslim terrorism. Leading ministers have used vicious imagery to attack the protesters, some have openly called for them to be shot.

Following the calls another young man showed up with a pistol at the protests, asserting that only Hindus had the right have a say in the country. The police took him away too.

But the threats are becoming bolder and the election commission is doing little to rein in the situation. In the last contest in 2015, Arvind Kejriwal’s AAP had swept Delhi with 63 seats of the total 70, with three going to the BJP. The BJP has started describing Kejriwal as a terrorist who supports the Shaheen Bagh protests. Kejriwal, on his part, is mindful of the sensitive Hindu votes he needs to garner. The votes went to Modi in the May elections last year, as the BJP won all seven seats in Delhi. Kejriwal accuses the BJP of raising a false bogey of Hindu-Muslim disharmony in the current elections. But the barrage of communal innuendo won’t end. One of the BJP leaders, in fact, claimed that victory for Shaheen Bagh in the elections would lead to mass rape and murder of Hindu women. While Shaheen Bagh is not a contestant in the elections, it has clearly become a factor in the polarised campaign.

The BJP is desperate to win the elections for two key reasons. It has to stall the march of the Opposition in Assembly elections and equally, it needs to capture power in the capital city on behalf of the business tycoons who shore up the party and who have been riled by Kejriwal’s campaign to keep crony capitalism at bay.

Gandhi’s freedom movement consisted of a series of protests, which he called, suspended and abandoned for reasons that were never fully explained though they seemed to yield results. The current Congress leaders, on the other hand, called for a second independence movement in October 2018 but no one knows its whereabouts if it ever took off.

The Shaheen Bagh anti-fascist campaign, on its part, is poised at a critical moment in India’s history. It must not give traction to the BJP in Delhi, and it cannot abandon the movement it inspired the entire nation to become part of.