Some ’62 lessons to remember

Nikita Khrushchev blinked first and the Soviet Union agreed to withdraw its nuclear missiles from Cuba. 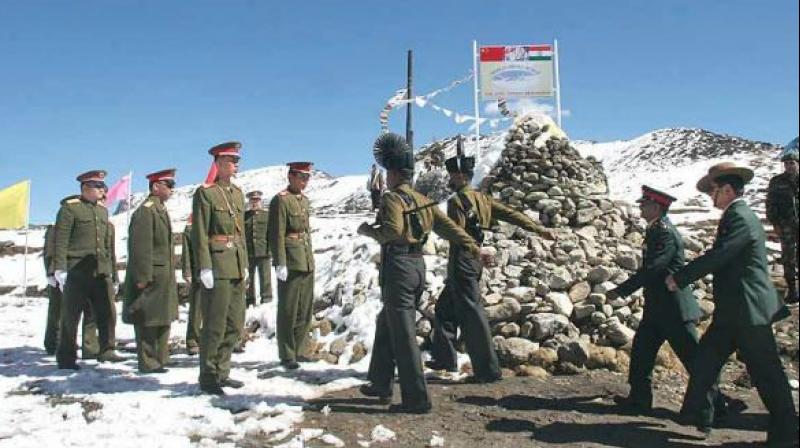 In recent times we have had some articles suggesting that the Chinese attack on India in 1962 was coordinated to coincide with the missiles being sent to Cuba. (Photo: AP/File )

On October 14, 1962 US U-2 spy planes over flying Cuba detected Soviet military personnel erecting intermediate-range ballistic missile (IRBM) capable missile launchers. On October 22, President John F. Kennedy ordered a blockade of Cuba. The two superpowers were now eyeball to eyeball and unless one blinked there would be Armageddon. Nikita Khrushchev blinked first and the Soviet Union agreed to withdraw its nuclear missiles from Cuba.

In recent times we have had some articles suggesting that the Chinese attack on India in 1962 was coordinated to coincide with the missiles being sent to Cuba. The facts seem to suggest otherwise.

There might have been something to this logic if the Chinese attack across the Namka Chu river in Arunachal Pradesh (then North-East Frontier Agency), that had begun on October 19, had continued uninterrupted after the huge gains it had quickly made. For by October 23 the Chinese PLA’s three regiments had decimated the Indian Army’s 7 Brigade commanded by Brig. John Dalvi (taken prisoner) and was within 10 miles of Tawang. On October 24 the PLA entered Tawang unopposed. That night they were also opposite Walong at the other end of NEFA. Both Tawang and Walong were deep inside NEFA.

On October 24 the Chinese issued a statement that made three proposals. They were:

I) Both sides agree to respect the Line of Actual Control (LAC) as of November 1959 and withdraw their forces 20 km from that line.

II) If India agreed to (I), the Chinese would withdraw to the north of the McMahon Line in the eastern sector. (Despite the PLA being quite deep inside NEFA.)

III) That the two Prime Ministers meet, either in New Delhi or Peking, to seek a friendly settlement. New Delhi rejected these the same day. On November 4, Zhou Enlai wrote to Nehru commending the Chinese proposals and urged Nehru to accept them. Nehru countered with a proposal on November 7 that the Chinese should return to the positions they held on September 8 and that talks would follow after this.

On October 29 US ambassador John Kenneth Galbraith called on his friend Jawaharlal Nehru and offered “any military equipment India might need”. This started arriving within five days and as many as eight USAF and RAF flights a day were each disgorging 20 tonnes of hardware.

Ironically, only weeks before this, Jawaharlal Nehru had rejected Western arms aid and equated it with joining a military bloc, and declared that India would never accept this (“even if disaster comes to us on the frontier”). The disaster that visited the 7 Brigade was a small one compared what was to visit the 4 Division in November.

The lull that followed the quick Chinese advances to Tawang and Walong and to the gates of Chushul, instead of causing the national leaders to introspect and inject some realism in them, took them on new flights of fancy. The Lok Sabha praised the (“wonderful and spontaneous response of the people of India to the emergency”). Ram Manohar Lohia, always with a way with words, said: “the blood of our martyred jawans is becoming the seed of a new, virile nation that is being born in our country.” Little wonder then that Nehru commented “we never had it so good”.

After the initial debacles in NEFA, Lt. Gen. B.M. Kaul, who was appointed commander of the hastily-created IV Corps, had returned to his familiar battlegrounds in New Delhi stricken with pulmonary edema. Lt. Gen. Harbaksh Singh, who replaced him, after studying the changed tactical position of his troops, decided that the next point of defence would be Bomdila. But he was replaced by Gen. Kaul after hardly four days and transferred out to take command of 33 Corps.

Gen. Kaul returned with the DMO, Brig. D.K. Palit, in tow. Brig. Palit was a favourite of Gen. Kaul and quite well versed with the functioning of the Delhi durbar. Brig. Palit had earlier commanded the now ill-fated 7 Brigade and could claim intimate knowledge of the terrain. The Indian Army’s three-tiered defence plan for NEFA prepared in 1959 by Lt. Gen. Thorat called for at least four brigades. In 1961 Lt. Gen. L.P. Sen who took over Eastern Command from Gen. Thorat determined that he would need two divisions or six brigades to do the job. After the debacle at Namka Chu, 4 Division had only two brigades to do the job!

But Gen. Kaul and Brig. Palit, sensitive to durbar politics in New Delhi, decided that Se La, a good 60 miles ahead of Bomdila and nearer Tawang, must be held. The politicians could not afford its loss. 4 Division’s losses were hastily replenished with troops rushed to NEFA from the plains and by mid-November it was back to full strength, but now not quite battle worthy.

November 14 was the Prime Minister’s 73rd birthday and Gen. Kaul wished to give him a present. He launched an attack in the Walong sector to push the Chinese back over to the other side of the McMahon Line. This was probably the stupidest order he was to ever give. The PLA had a full division lying in wait at Rima while the Army’s new 2 Division just had three battalions designated 11 Brigade at Walong. The PLA retaliated with a massive wallop. 11 Brigade fought bravely but was all but wiped out by November 17 even as newspapers in Delhi were hailing the attack!

The decision to confront the Chinese at Se La led to the thinning of the forces at Bomdila, which was now defended by just six companies. Gen. Kaul and Brig. Palit did not envisage the possibility of the Chinese bypassing Se La in any great strength. But this is just what they did. They took the path known as the Bailey Trail, named after the British officer who rediscovered the traditional route to Tawang. 4 Division with its main defence centred in Se La was much too thinly spread and the PLA began hacking at its rear. By the time orders went out for 62 Brigade to evacuate Se La, it was too late. They were cut off and its commander Brig. Hoshiar Singh, who was later awarded the Param Vir Chakra, fell fighting on November 17. The next day the divisional headquarters at Dirang Dzong, between Se La and Bomdila fell. On November 20 Bomdila fell. The rout in NEFA was complete.

Nehru made a broadcast to the nation that night in which he more or less said was abandoning Assam. He said: “Now what has happened is very serious and very saddening to us and I can well understand what our friends in Assam must be feeling because all this is happening at their doorstep.” Later that night Nehru made an urgent appeal to the US to intervene with airstrikes against the Chinese on Indian territory. But the IAF was not ordered to do so.

Had we used the interregnum when the Chinese halted their advance and made the offer to withdraw to positions held prior to November 1959 intelligently, we could have built up our strength with the new Western arms and faced the Chinese another time and place. But our political system, with its emphasis on polemics, and our media ever willing to conjure up dreams that never can be, for rulers unable to see their feet of clay even in the light of day, caused us to lurch unthinkingly towards certain disaster. It is still the same story. Just read the newspapers!