The great Chinese (fire)wall: What India needs to do now

Yes, prima facie, China does reserve the sovereign right to determine what it considers to be in its national interest. 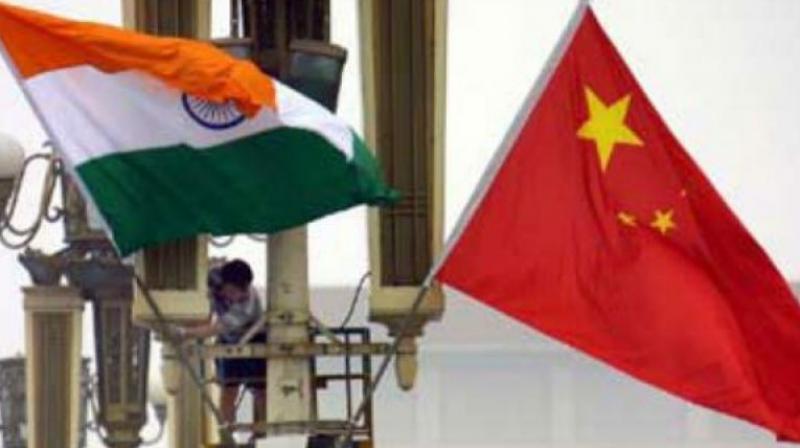 China slapped India through bullets in 1962, but today it is penetrating into India’s sensitive economic sphere.

At the cost of being misunderstood by some fellow countrymen who may prefer to pursue a soft line on China, seeking unrestricted imports and investments from that country, preferring to facilitate Beijing’s entities’ unchecked entry and exit across the length and breadth of India, I shall question their “love for China and all things Chinese”. What is being done today is exactly what a tottering Shah Alam II did in the last days of the Mughal durbar by granting British the diwani of Bengal, Bihar and Orissa (now Odisha), upgrading the status of the foreign traders to virtual rulers in almost one stroke.

How does one react to the Financial Times report “Beijing’s censors make it tougher for global groups to scale Great Firewall” (Jan. 17, 2018)? Beijing is reportedly “plugging the last holes” in its “great firewall” Internet censorship, thereby severely disrupting the ability of global multinationals to efficiently operate in, and from, China.

Does it appear surprising or unexpected? That depends on who are talking to. Undoubtedly, it’s all about one’s self-interest at an individual level, which turns institutional at the national level. Multinationals and other big corporations are known for their strategic interest in profit, markets, consolidation and expansion, but seen from the point of view of an Westphalian sovereign state like China, can these corporations overlook a country’s “legitimate national interest” which could be linked to not only economics and profits, but also to an overreaching arch of internal polity, security, integrity, sovereignty, macro-economics, indigenous industry protection, employment and social stability.

From that viewpoint, China may have something drastically different to state. Yes, prima facie, China does reserve the sovereign right to determine what it considers to be in its national interest. There’s nothing wrong with that, except by the same logic, can one support China for doing the exact opposite?

Understandably, then the complaint list given by several international companies operating from Beijing raises “issues”. Chinese telecom providers regularly block crucial software used by foreign companies in China. Although MNCs use Virtual Private Network (VPN) software to avoid censorship and save their sensitive commercial communications from being hacked, Chinese regulators are pressuring them to buy expensive state-approved VPNs. This will be disadvantageous to them as it could expose their communications to Beijing.

The partner of a prominent Western legal firm in Beijing, Wilmer Hale, says: “China’s intention is to control the flow of information entirely, making people use only government-approved VPNs by making it difficult, if not impossible, to use alternatives.” You may recall how state-engineered disruptions forced Google to move out of China. According to Consultancy Control Risks, Shanghai: “The Xi administration has prioritised control over all information flows within China and in and out of its borders.” But then, what China is doing is done by the West too.

Yet today the crux of the matter is: “in and out of its (China’s) border”. India stands just across the “border”, a border to be recognised only if “demarcated, delineated and decided” by China! Hence, all information emanating from India too must be controlled, captured and censored because India is an “irritant foreign country”. So China takes full advantage of “divided” Indians, both inside and outside the establishment. There was a strong “China lobby” in the 1960s too — which came into existence after the 1962 Chinese invasion of India. How did those who were cursing the Chinese in 1962 for its unprovoked invasion become its ardent fans and staunch supporters within five years (like Naxalites in 1967), resorting to rabid anti-national slogans like “China’s Chairman (Mao Zedong) is our chairman”?

One still remembers those turbulent college days in Kolkata (then Calcutta), being bashed up by fellow countrymen for opposing them and refusing to raise pro-Mao and rabid anti-India slogans. Indeed, China entered early in India’s psyche. In 1950s, it entered Jawaharlal Nehru’s mind. In the 1960s, it entered the Bengali psyche as Hindu Bengalis were branded as “regressive” and targeted all over for being “violent Naxalites” and pro-Communist Chinese. How-ever, the same Indians in the 21st century are falling head over heels for cheap Chinese goods and the charm offensive launched by Beijing. They are now regarded “progressive”. China slapped India through bullets in 1962, but today it is penetrating into India’s sensitive economic sphere.

British traders in 18th century Delhi convinced the Mughal Emperor of Hindustan to grant them the opportunity to do business unencumbered by all local laws, that ultimately bled India white. Not only was indigenous industry ruined but from being a producer, India became a net consumer.

The question here is: what does China do, or is doing, with its own companies and industrial planning? Says former US treasury secretary Henry M. Paulson Jr, who knows China well: “In 2006, the government of China revealed a list of sectors state-owned enterprises must dominate, including defence, electricity, oil, petrochemicals, telecommunications, coal, aviation and shipping.” Beijing also wanted to maintain a strong presence in “pillar industries” like equipment manufacturing, automobiles, electronics, construction, steel, non-ferrous metals, chemicals, surveying and scientific research. Will any Indian company be able to get into China the way Chinese companies are penetrating into our sensitive sectors? Do we realise that if China can do what it wants to do to foreign companies in Beijing, by disrupting their communications system, what awaits India in its own backyard where telecommunications systems are virtually going into Chinese hand? It’s not just surprising, but in fact shocking, how, ever since 1947, Indians have been mesmerised, first by Mao and Marx, and now by money, with the possibility of handing over its critical, sensitive sectors to the Chinese, who are not known for their ethics in any terrain. Computers, servers, towers, transmission, distribution and consumption — all of it will soon be known to the Chinese, if it is not already! Thus, with firm control of “internal India”, one shudders to think what awaits the fate of “external India”, particularly the soldiers and sentries at border? Do they say “Good morning, Sir, how are you?” to the Chinese? Or do they keep the powder dry for action, should the need arise?