The industry wants GST to be implemented as soon as possible, says Naushad Forbes. 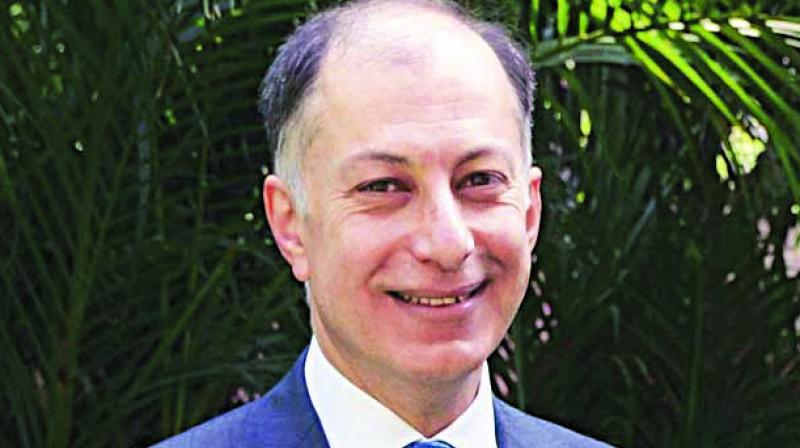 The Lok Sabha has just passed four GST supporting bills. How do you see the development?
It is a very good thing that GST is moving ahead. The industry is looking at it to come into effect on July 1.

How do you see the proposal of setting up an anti-profiteering body to see that benefits of tax cuts under GST are passed on to consumers?
I think it is a bad move. It is a throwback to the bad old days of Indira Gandhi trying to control what price levels should exist for the companies. At the end of the day, competition is the only way to control prices. The way to control what one private company does is through another private company. And these kind of moves are retrograde; it violates spirit of competition and confidence in market and industry and trade in general.

There have been arguments that the Competition Commission of India (CCI) is there to look at these issues and there is no need to set up a separate body.
I don’t think there is any need for any body. When Australia implemented its GST, it followed a different approach towards anti-profiteering. We had a discussion   few months back with the person who played a key role in implementing GST in Australia. He said we have a similar kind of anti-profiteering provision. Instead of imposing a fine or penalty on people, they followed a name and shame approach. He says at the end of the year they forgot about all this and left it to competition. This would be a more sensible approach.

Do you think there is enough competition in the market to allow passing of any tax cuts to consumer?
I think so. If a company is trying to take advantage of this, the best way is to let everyone know about it. By doing this, you have all the competitors of that company — there are no monopolist left — come in the market and undercut that company. This is the best way to deal with the situation.

A section of the industry wanted that GST implementation should be postponed to September 1 because there are a number of logistic issues that need to be resolved?
The industry wants GST to be implemented as soon as possible. All companies have been working hard on getting their I-T systems and so on in place. What we have been saying is: It is important that the system be tested with real data and that is what the government also said.

According to the government, we would have month and a half of testing with real data starting in November (2016). But it was not ready at that point of time; it was busy with discussion with GST Council and others.

So that deadline passed, but I think it would be still good to have time to do testing with real data because if there are any gaps in the system they need to be sorted.

While the companies will broadly be ready, the big concern is at two ends of the supply chain. If you take small suppliers at one end and traders at the other, there are concerns as to how their old systems will seamlessly intergrate or work with corporate systems.

Some market analysts are saying that in the initial stages of implementation of GST revenues of the companies may get hit due to initial hiccups.
I don’t think so. Will there be hiccups? Anything as far as reaching GST is concerned, there are going to be some hiccups. But I don’t think that it will hit the revenues. I think companies and everyone will work hard to get over those hiccups as quickly as possible and it will be matter of weeks rather than months for everything to settle down.

There has been demand for an amnesty in the initial stages of GST implementation as people may make mistakes as the new tax gets rolled out?
Mistakes should be corrected. I don’t think there is need for any amnesty for any given time-period. Anybody who breaks the law needs to face consequences of that action.

There was some criticism during the Lok Sabha discussion that instead of one GST rate, India has got four-tax rate structure.
I see it as a practical way forward to put GST in place where all existing rates will converge along these four rates. We hope that over a period of time, we will converge to one or two rates. As the confidence of Centre and state will grow with taxes being collected and there is no negative loss of taxes, they will be more confident about fewer rates.

Earlier, analysts were predicting that GST will boost GDP by one per cent. What is your take on it?
If the GST was properly implemented in its earlier form, it would have added 1.5 to two per cent to our annual GDP growth. Now we have four rates. So the moment you leave out a few items from GST, have multiple rates and registrations, assessments and state border inspection, you reduce the benefit of GST. With those changes I don’t know what will be the benefit to the economy.