On Wednesday, chief election commissioner A.K. Joti announced a two-phased Gujarat poll to be held on December 9 and 14. 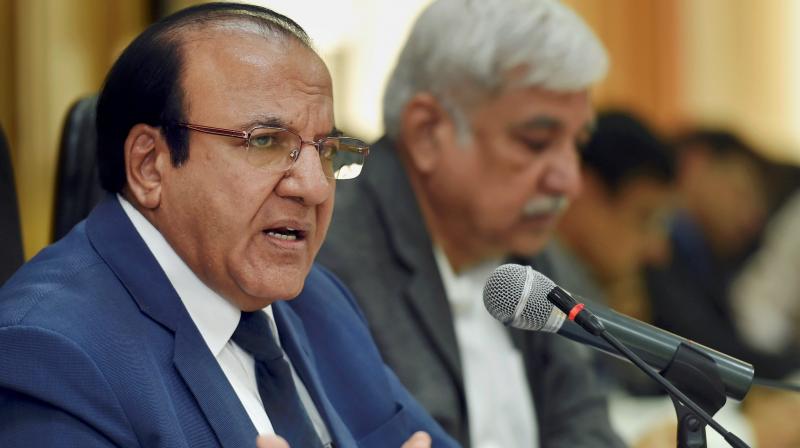 If elections are a celebration of democracy, the Election Commission, under its present leadership, can hardly be thought of being the master of ceremonies, so badly it appears to have soiled its copybook in the announcement of the Gujarat Assembly polls to take place in December.

On Wednesday, chief election commissioner A.K. Joti announced a two-phased Gujarat poll to be held on December 9 and 14. A fortnight earlier, the poll panel had declared the dates for the Himachal Pradesh polls, but not Gujarat, though the terms of the two Assemblies end within a fortnight of one another.

In such cases, elections are held simultaneously, and this has been the case with Himachal and Gujarat since 1992, with the exception of 2002, when the western state was reeling under leonine communal violence. Ironically, while the dates for the Gujarat polls were not announced along with Himachal, the date for counting was.

It’s hard to get away from the feeling that the EC was doing the ruling BJP a favour when ensuring a level playing field is the raison d’etre of its existence. If the EC cannot fulfil that obligation, one may legitimately wonder why it exists at all. Mr Joti and his team were expected to be particularly sensitive to the fact that the coming Gujarat polls have a particular salience in the country’s current political landscape. But they belied that expectation.

In the two-week window offered, Prime Minister Narendra Modi swooped down on Gujarat twice and let loose a volley of eye-catching announcements in order to attract voters involving gigantic expenditures. The state authorities too declared a slew of measures. The discerning voter may just wonder why none of these projects could be taken up in the past five years, but many are also likely to be taken in by the loud promises and the razzmatazz of the PM’s meetings and dramatic pre-poll declarations.

What is shocking is that the CEC should have unthinkingly accepted the Gujarat government’s plea that delaying the election was needed to complete flood relief work in Gujarat. Since Mr Joti gave this out as the official explanation for postponement, it has been established that practically all the flood-relief work in the affected districts had been completed by August.

This places the EC in a false position, and presumably exposes it to judicial scrutiny. In any case, even if polls in Gujarat had been announced along with Himachal, the model code of conduct, which kicks in could not have stopped the continuation of relief work, legally speaking. The EC’s position appears palpably weak.

Given what has transpired, all concerned would need to watch the conduct of the election exercise in both Gujarat and Himachal Pradesh. The message has gone out that the poll panel is not transparent these days.