Daring sea rescue has lessons for all

The daring mid-ocean rescue of Indian naval commander Abhilash Tomy is a stirring tale of courage, adventure and international cooperation. 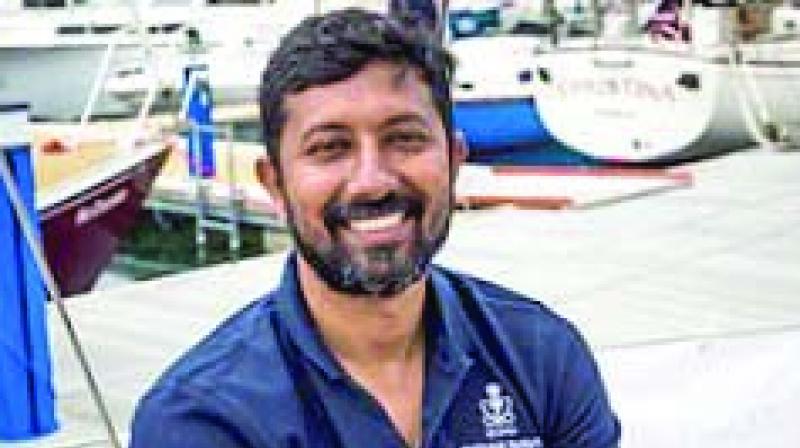 The daring mid-ocean rescue of Indian naval commander Abhilash Tomy is a stirring tale of courage, adventure and international cooperation. It warms the cockles of the heart at a time when things are so contentious that international cooperation in a big rescue mission from stormy and choppy seas can’t be taken for granted. The Golden Globe Race in basic utilitarian sailboats, as in the first race 50 years ago, is an audacious mission that only the most adventurous would undertake. Osiris, a French fishing vessel, got to the disabled sailor whose Thuriya was dismasted by a tropical storm 1,900 nautical miles from Perth, 5,049 km south of Cape Comorin, in a part of the Indian Ocean known for its fierce storms that could challenge the hardiest of vessels.

The help by France and Australia, besides the Indian Navy sending surveillance and reconnaissance aircraft hunting for a needle in a haystack, was noteworthy. How much the world is better for such togetherness is emphasised even as the mind boggles at the spirit of men ready to go around the world “alone on a wide wide sea”, as the poet said in the Rime of The Ancient Mariner. It was even more touching that Irish sailor Gregor McGuckin, similarly hit by the storm, made his way towards Tomy hoping to help, and both were rescued. The one thing that saved brave Tomy was the modern communication and navigation gear through which he could send an SOS, that could be precisely used to trace him as his sailboat bobbed in the stormy waters.

Drifting in mid-sea was no new experience for the intrepid sailor, who had circumnavigated the globe in INSV Mhadei in 2012. Being incapacitated for three days would, however, have tested the will to survive of even such a doughty man.

The lesson we draw from this adventure, where boats without modern frills race, is that GPS and communication gear are vital to seafaring. The lives of several million Indian fishermen could be more secure if we can provide them the comfort of GPS and radio or satellite phone communication. GPS would help them to not cross international maritime borders and get detained by Sri Lankan or Pakistani authorities, and better communications equipment would help them stay in touch with base even in an emergency. Much as an Indian ship could sail out soon after the tsunami and save hundreds of people, rescue missions become more pinpointed exercises if the location is known. There are huge costs involved in providing safety, but governments can’t shy away from the high capital costs. While it’s also true that fishermen sometimes stray deliberately hoping for a better catch in foreign waters, it’s still the duty of governments to help our fisherfolk modernise.