In one fell swoop, the United States Supreme Court has trampled decisively upon a woman’s constitutional right to an abortion 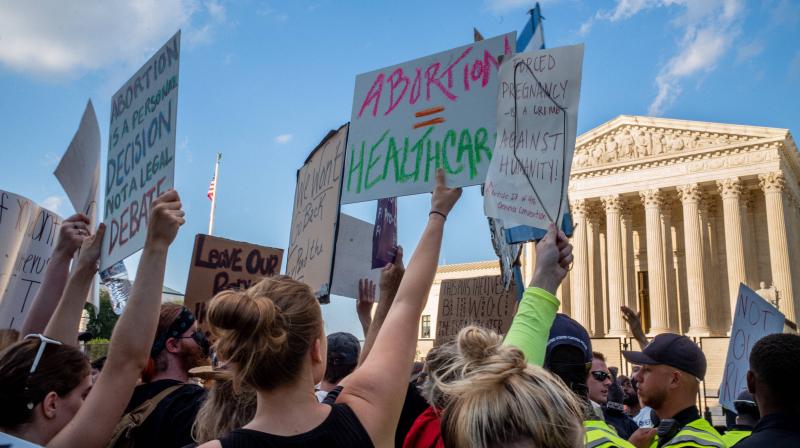 In one fell swoop, the United States Supreme Court has trampled decisively upon a woman’s constitutional right to an abortion. The court’s 6-3 conservative majority allowed it to take a decision that is as political as it is judicial. In overturning the 1973 Roe versus Wade ruling that had led to more equality and more freedom to millions of Americans, the court has disregarded precedent as well as overwhelming public opinion and has rightly been lambasted for it by President Joe Biden as well as heads of several other western countries.

A highly-polarised United States is being pushed into a virtual civil war over abortion as 26 of the 50 states are making moves to limit access to abortion or ban it altogether. The right that the 1973 ruling entitling women to an abortion during the first three months of their pregnancy while allowing some legal restrictions in the second and third trimesters has just been taken away. This immediately spawns fears over illegal “backstreet” abortions endangering the lives of to-be mothers too while women in Republican states may have to live in dread of being prosecuted for choosing to abort in states where it would still be allowed.

After first saying somewhat coyly that it was “God’s decision”, Donald Trump has been heard crowing about the snatching of a right to dignity and the autonomy of a woman to decide what happens to their bodies. And Mr Trump must feel entitled to boast about it as he is the architect of such a decision after succeeding in appointing three new judges to the top court of a hard right disposition like his.

No guesses are needed as to how tempted populist and authoritarian regimes around the world may feel about following suit, if only to enjoy greater power over half the population. A world that looks up to America at least for such things as personal freedoms and gender equality might get very different ideas as the court decision reverberates far beyond the US, which till now was one of 56 countries where abortion was legal at a woman’s request.

Prominent parts of the world have managed to elevate human rights to acceptably modern levels in granting the right to abortion, a common belief among them being that a woman and not the State or lawmakers should have the legal right to decide on ending a pregnancy. How blatantly political the US ruling is can be gleaned from the current makeup of the court that dabbled in constitutional issues that were decided upon nearly 50 years ago.

In India where abortions have been legal since 1971 and where women have been given free access to legal abortion clinics, fears may abound only in the matter of gender preference, like parents being known to favour male children and abortions being slanted because of this.  The planting of any regressive ideas after the establishment of a hard-won right of choice for women is, however, not should not be allowed in a country where women have had equal rights in most aspects of life.

The US, which has come down a notch in everyone’s estimation after the overturning of Roe vs Wade and Planned Parenthood vs Casey, will be paying the price for this, maybe for decades to come as abortion is criminalised in more than half the country. A beacon of freedom has been dulled because it will throw Americans into a political and legal struggle over abortion laws.