India slipped one rank to 131 among 188 countries in the UN Human Development Index. 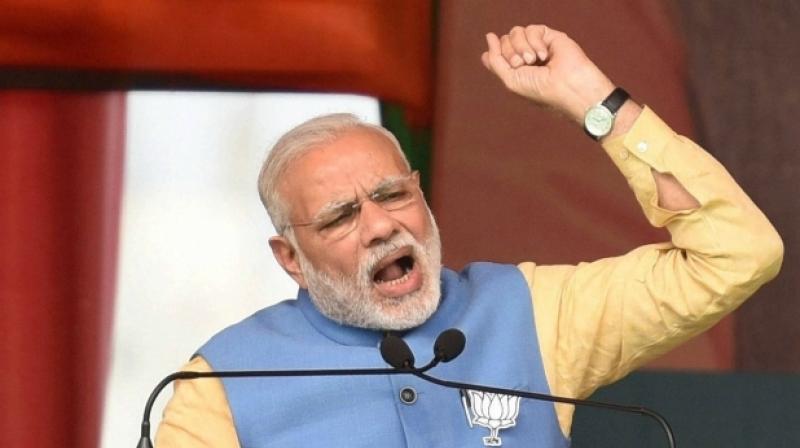 In the tu-tu-mein-mein slugfest between the Congress and the BJP, the views and condition of India’s people, particularly the aam aadmi, seems to have been forgotten. The trigger for the slugfest was the release of unofficial figures by the National Statistical Commission  indicating that the UPA-1 and UPA-2 governments of Dr Manmohan Singh had delivered the highest decadal growth since Independence — of 8.13 per cent. What this impressive figure masks is that it was achieved by an untenable fiscal deficit and reckless expansion of commercial bank credit, according to Niti Aayog vice-chairman Rajiv Kumar. The Narendra Modi government inherited banks that were in a mess and almost bankrupt. India Inc was saddled with huge inventories as it went on producing as money was easy. Demand didn’t grow at the same pace. Pronab Sen, former chief statistician, says one shouldn’t make a song and dance about double-digit figures as the methodology behind these figures must be checked. Interestingly, even the person who put out these figures said it was only a technical exercise and didn’t involve data collection. Each of the two major parties may claim to have done better than the other, but what matters is whether people’s lives improved. It’s true that during UPA rule 140 million people were lifted out of poverty, according to undisputed official figures. But towards the end, UPA 2 was struck by policy paralysis, enveloping India in a pall of gloom. This is what enabled Mr Modi and the BJP to ride triumphantly to power. There are no figures to show how many people were pulled above the poverty line under the Modi government. On the contrary, the reckless decision to go in for demonetisation of Rs 500 and Rs 1,000 notes, accounting for 85 per cent of the money in circulation, and the half-baked introduction of the Goods and Services Tax set the country’s already weak GDP growth back by at least two per cent. It rendered crores of people, particularly in rural areas, unemployed. The economy has only now started on the path of recovery.

The GDP numbers don’t tell the story of individuals’ plight. India slipped one rank to 131 among 188 countries in the UN Human Development Index. It has high infant mortality and maternal mortality rates, and one in three children are stunted.

Mr Modi has just nine months to set the economy right before the 2019 elections. The headwinds aren’t favourable as the trade war and protectionist policies unleashed by US President Donald Trump are not conducive to growth. Oil prices too are on the rise. Mr Modi can mitigate some of the negatives if he helps accelerate the ease of doing business and gives a push to the medium, small and micro enterprises who are the backbone of the economy and job generators.