Joint polls an idea that faces a sea of hurdles

In a letter to the Law Commission on Monday, BJP chief Amit Shah pushed it with greater fervour. 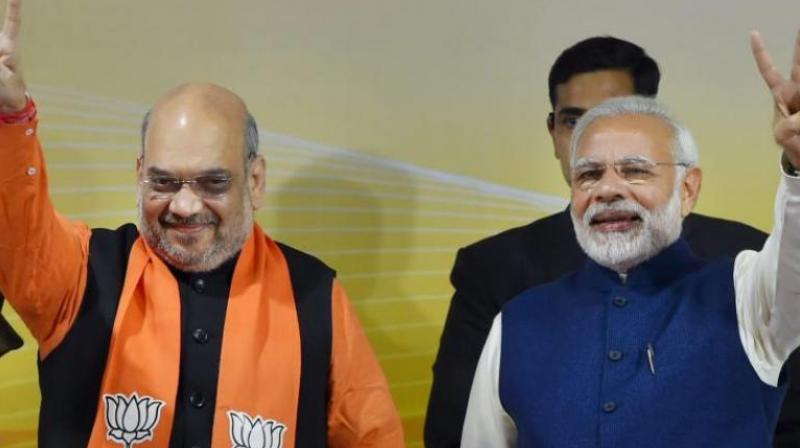 The idea of having all elections in India at one go — what Prime Minister Narendra Modi, with the BJP’s trademark demand for homogeneity in everything, has called “one nation, one election” is an old chestnut. It got its first push under Prime Minister Atal Behari Vajpayee when the Law Commission was urged to examine the idea. But these days it’s being pushed with a zealot’s mission. This can even lead to constitutional chaos and political instability.

In a letter to the Law Commission on Monday, BJP chief Amit Shah pushed it with greater fervour. Given the internal deliberations reported within the party, it seems to indicate that the BJP may be close to taking a decisive step.

For the past month or so, the party has pondered the issue of combining polls in states where elections are due this yearend, and those where they are due in 2019, with the next parliamentary election. There’s no difficulty in cutting short an Assembly’s life if the government wants. But extending an Assembly’s term to make its election coincide with the Lok Sabha’s is problematic.

Since external aggression or internal emergency cannot be cited for states, the BJP is reportedly mulling President’s Rule after making its CMs resign just before the Assembly’s term ends. Such a course will be a serious misuse of political authority and will be constitutionally dubious.

In our federal setup, President’s Rule can be imposed only if the governor reports a breakdown of the constitutional machinery in the state. The resignation of a CM at the end of the Assembly’s term — as the BJP is reportedly planning — is no breakdown of constitutional order. It is a distortion of the Constitution for political ends.

Until 1967, Parliament and Assembly polls could be held together. The reason was that there was no mid-term polls at the Centre or in the states. Later, due to socio-economic churnings in the country, new political developments began in a large number of states as the Nehruvian consensus started coming under threat. Many state governments lost their majority and elections were needed midway through an Assembly’s life. Mid-term polls have been called by Prime Ministers too, including Mr Modi’s BJP predecessor, Mr Vajpayee. Governments have also fallen on the floor of Parliament.

This is normal in a Westminster-style democracy in which mid-term polls are caused by a government losing its majority. The only way to change this is to change the Constitution to ensure that a government is not pushed out even if it loses its majority or, if a government loses power, the legislature will have no choice but to form a fresh government, even of disparate elements. That of course will lead to a breakdown of the party system. The chief election commissioner too has clearly ruled out simultaneous polls anytime soon, correctly pointing our that it won’t be possible under our current legal framework.