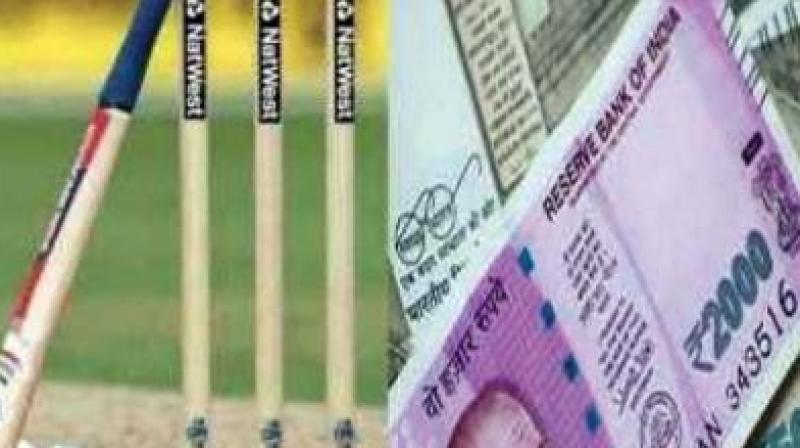 The latest shock that threatens to cast doubts on the results of matches in IPL 2019 will probably be lived down as no players or team owners or officials have been named. (Representational Image/ DC)

The Central Bureau of Investigation unearthing a cricket betting racket involving a few bookies and punters in different cities is a reminder that gambling is a canker that can never be extinguished. The information given out by the agency regarding a Pakistan angle to a conspiracy to lure people into betting on cricket is worrisome but this pattern was discerned decades ago as the crime mafias in India, owing allegiance to gangsters in a Gulf country, also used to run the cricket betting.

The cricket in the IPL has been inured to living with strong whiffs of scandal of spot and match-fixing. In fact, the last big betting scandal to emerge from the IPL in 2013 led to revolutionary changes in the administration but not necessarily in the ways it operates. The game was affected when the scandal burst too close to the dugouts and players’ names were bandied about even as the top court acted to try and clean it all up by reining in top honchos and their close kin of two franchises who were involved in betting.

Truth to tell, IPL’s T20 cricket, subject to great uncertainties, is particularly susceptible to fixing overtures and many players had faced life bans in the past but which were invariably overturned by the judiciary, mostly on technicalities. Learning to live with occasional exposes and their fallout has been the game’s strong suit. The latest shock that threatens to cast doubts on the results of matches in IPL 2019 will probably be lived down as no players or team owners or officials have been named.

The rise of the fantasy cricket in digital avatars, with star multimillionaire cricketers seen actively promoting them on television in return for handsome endorsement fees, may have taken the heat off the suspected tentacles of the shadow illegal industry reaching the inner ring. But cricket must know that its fair name alone would guarantee the sustenance of the mystique of IPL and its valuation as a league worth billions of dollars. The latest expose will probably change nothing but it’s a warning to the game to keep its players corralled in integrity.