This is no advertisement for vegetarianism or veganism; just a way to save the planet. 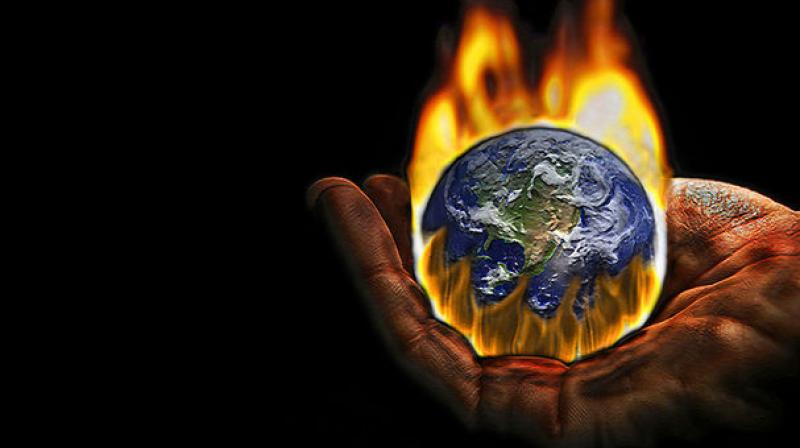 The figures tell the tale of how not only consumption but also food waste is contributing about 10 per cent to global warming and livestock nearly 15 per cent.

The warning is dire on climate change. It has been so for years. What might make a difference in the wake of the new United Nations scientific report is each individual may be able to help in societal change in tackling the crisis and keeping global warming within the two-degree Celsius rise above pre-industrial levels. We know human beings have contributed to the dramatic degrading of the land and a growing population is putting enormous pressure on land use. Over 100 international scientists involved in writing the report are saying: "If people change the way they eat, grow food and manage forests, it could help save the planet from a far warmer future." The appeal to eat less meat may not appeal to many accustomed to consuming red meat, but science is showing how a switch to plant-based foods could contribute 20 per cent to the bid to keep global temperatures in check.

The figures tell the tale of how not only consumption but also food waste is contributing about 10 per cent to global warming and livestock nearly 15 per cent. Habitual Western diets and dependence on processed foods as in America, where less than two per cent are said to be vegetarians, may raise the deleterious environmental effects by as much as 90 per cent by 2050. What is recommended to mitigate the condition the globe is in now is grater consumption of coarse grains, legumes, fruits and vegetables, and nuts and seeds. Nutritionists have said this for ages, without gaining too many acolytes, but now people are told they can directly help control climate change with their diet. This is no advertisement for vegetarianism or veganism; just a way to save the planet.