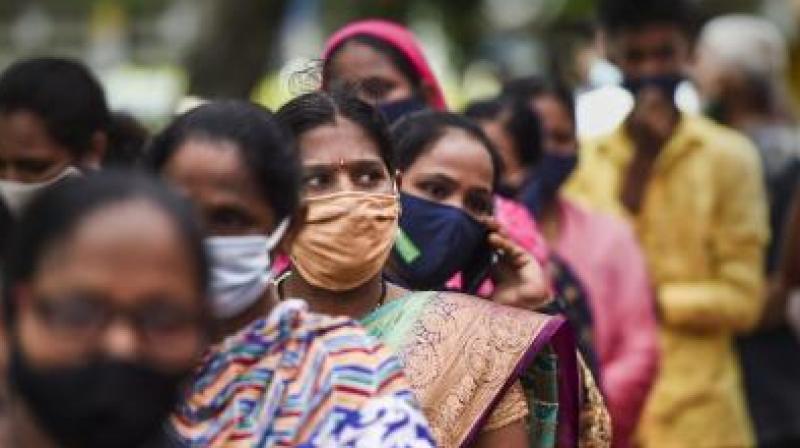 Locking people up is an easier way for the governments and authorities to bring down the rate of infection than devising ways to use the scientific tools optimally. Representational Image. (PTI)

The Union health ministry’s advisory to 10 states which hosts 46 districts with test positivity rate higher than 10 to impose more restrictions on people’s movement must be viewed sceptically. While it is important that these districts take effective steps to stop the spread of the virus, and prevent or curtail the formation of crowds, part of the government’s prescription to impose more restrictions on the movement of the people looks like an easy way out.

The SARS-CoV-2 virus has been around for more than one-and-a-half years, and the people and the governments have been doing everything possible to check it. Before the advent of the vaccine, governments, including the one in India, have imposed national and regional lockdowns and restricted the movement of the people. In due course, better strategies evolved, which included tracing, testing, treating and isolation. Development of vaccines of various kinds has added to the punch human race had reserved for the virus.

Locking people up is an easier way for the governments and authorities to bring down the rate of infection than devising ways to use the scientific tools optimally. Government data may show that the economy is on a roll but the ground reality is that the long spells of lockdowns have broken the backbone of large sections of people. Their livelihoods have been hit hard and they have little or no idea when they will be able to get back to their workplaces and live the lives they did earlier. Further imposition of restrictions on their movement could turn out to be counterproductive and disastrous.

Prime Minister Narendra Modi, in his interactions with authorities at various levels has been insisting on the mantra — trace-test-treat-tika (vaccination) — that has been proved most efficient in containing the virus the world over. Isolating potential victims of the virus has also proved to be productive. It’s time government Mr Modi heads must follow and promote his mantra instead of imposing lockdowns. It must encourage the state governments to implement it with added vigour.

It is not just the Union health ministry that is worried about intermingling of infected and uninfected people; experts and virologists share the same concern. But the best way to ensure it is to insist that the people follow Covid-appropriate protocol: Social distancing, use of masks and hand hygiene. The Union government must encourage the state governments to design effective strategies with popular participation at the grassroots to enforce the same, instead of banning their movement.

There are no signs that the government will be able to meet the deadline of December 31 this year it had fixed for inoculating all Indians. The project has been running for the last seven months but only 10.8 per cent of the targeted population has been fully vaccinated as of now. The government has been equivocal about its plans to achieve the target and giving contradicting signals. This is not done. It must get its act together, set achievable targets, fix slippery slots and ensure that vaccination goals are met. The government’s job is to make the scientific tools available to it and secure the lives of the people. There is no royal road to healthcare.