While rumours of Saudi-Israel contacts have been making the rounds for years, the covert is now increasingly overt. 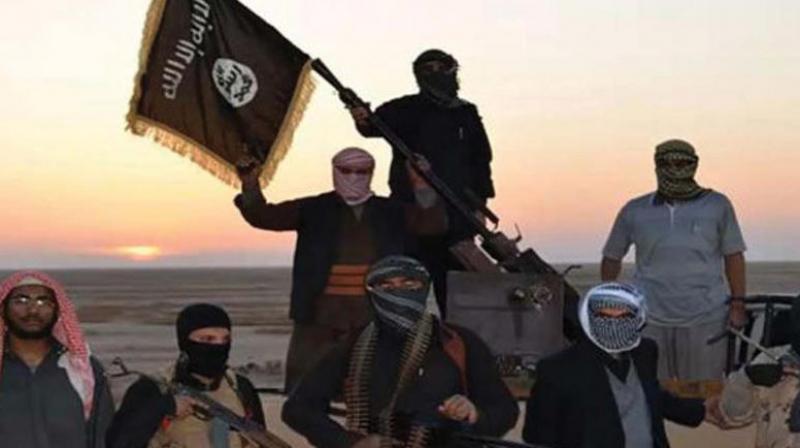 The defeat of the militant Islamic State group marks not the beginning of peace, but simply the ending of one stage of the greater Middle Eastern war because IS, for all the horrors it perpetuated and all the press it got, was only a sideshow to the main act: the struggle for supremacy in the Middle East.

In this struggle, IS was never a player; it was at best a distraction, a convenient opportunity for various players keen on securing and advancing their strategic interests.

For Israel, the entire Syrian situation was a win-win, as it distracted many of its key opponents, Syria, Iran and Hezbollah to name just three, from focusing on Israel. Tel Aviv’s view of the war echoed what former Israeli Prime Minister Menachem Begin reportedly said during the Iran-Iraq war in the ’80s: “I wish luck to both parties. They can go at it, killing each other.”

It was thus in Israel’s interests for the conflict to continue as long as possible because, as one Israeli officer put it: “If al-Assad wins we will have Hezbollah on two borders not one.” Israeli Brig Gen Ram Yavne went further in explaining why Israel doesn’t see IS or even Al Qaeda as a strategic threat, saying: “The axis headed by Iran is more risky than the global jihad one. It is much more knowledgeable, stronger, with a bigger arsenal.”

Curiously, the view from Tel Aviv is very similar to the view from Riyadh which has looked on with horror as Iran has expanded its influence across the Middle East, and we know that after gravity, the greatest attractional force in the universe is the commonality of interests.

It is that commonality that is now bringing these unlikeliest of allies, Israel and Saudi Arabia, closer together.

While rumours of Saudi-Israel contacts have been making the rounds for years, the covert is now increasingly overt.

On November 16, the Saudi online newspaper Elaph did the previously unthinkable by publishing an interview with Israeli military chief, Lt-Gen Gadi Eisenkot. Eisenkot’s views about Iran echoed the words that have been coming from Riyadh for some time now. He called out Iran as the “real and largest threat to the region”. Accusing Tehran of seeking to take control of the Middle East, creating a [Shia] crescent from Lebanon to Iran and then from the [Persian] Gulf to the Red Sea,” Eisenkot pointed out that Saudi Arabia and Israel had never fought a war and that said that there was near-complete agreement between Israel and Saudi Arabia about the threat posed by Iran. If that wasn’t enough, he also made an offer to share intelligence, saying: “We are willing to share information if there is a need. We have many shared interests between us.” A few days before that, Israel’s communications minister, Ayoub Kara, invited Saudi’s Grand Mufti Abdul Aziz al-Sheikh to visit Israel

Even earlier, Israeli Prime Minister Netanyahu was one of the few Middle Eastern leaders to exuberantly welcome Lebanese Prime Minister Saad Hariri’s farcical resignation, calling it a wake-up call to the international community to take action against Iranian aggression, which is turning Syria into a second Lebanon.

For Israel, a formal alliance with Saudi Arabia may take away from the national narrative of a small nation surrounded by enemies, but such narratives can be adjusted.

Moreover, Israel does maintain fairly cosy relations with Sisi’s Egypt, a concord that has effectively squeezed Hamas in the Gaza Strip. Similar ties are maintained with Jordan and so this rapprochement will not be unprecedented.

For Saudi, the risks are somewhat higher. Apart from handing Iran a propaganda victory allowing it to paint itself as the last bastion of resistance against Israel, the monarchy will open itself up to accusations of betraying the Palestinian cause, and while this was always at best a talking point, closer ties with Israel, long demonised in Saudi media, will likely intensify more radical domestic opponents of the Saudi regime.

In isolation it may be possible for Riyadh to manage the blowback, but given the challenges the crown prince is already dealing with the prognosis does not look good.

Some of the sting could be taken out if Saudi proposals for a Palestinian peace plan were to be taken up by Israel, something that would be welcomed by the White House which is always looking for a win to take credit for, but how amenable the Israelis may be to this is unknown given the possible domestic outcry.

But then, ideology is for the cannon fodder. At the top of the food chain, realpolitik rules.