Opinion   Columnists  27 Dec 2017  Both Albert & Salim are in a bind
Opinion, Columnists

Both Albert & Salim are in a bind

In Garam Hawa, released in 1973, Salim Mirza is a follower of Gandhiji during the turbulent days of Partition. 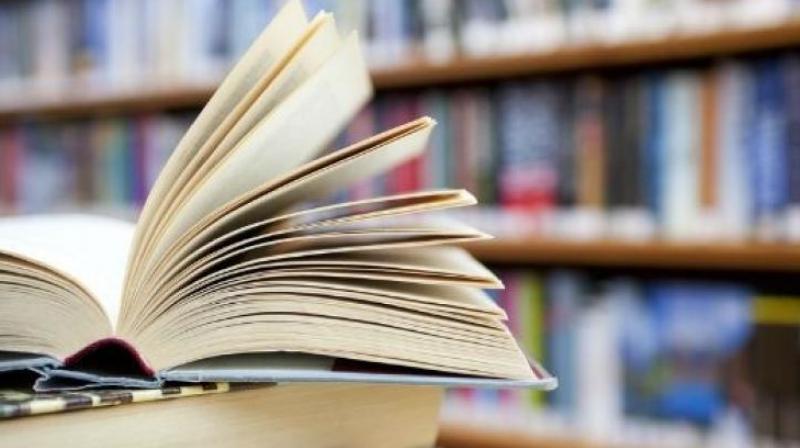 In the backdrop of Rekhta, an annual Urdu event in Delhi, I was searching for In Custody, Shashi Kapoor’s lyrical epitaph about the demise of a beautiful language. It was to be his last movie. What I picked up also were two completely unrelated films, which I think the late actor-director would have approved. Saeed Mirza’s Albert Pinto Ko Gussa Kyun Ata Hai and M.S. Sathyu’s Garam Hawa showed up in a totally changed political context. Both movies were made by Leftist partisans with plots that showed self-absorbed Christian and Muslim families spurred by their circumstances to veer towards the social mainstream of red banners and revolutionary slogans.

In Garam Hawa, released in 1973, Salim Mirza is a follower of Gandhiji during the turbulent days of Partition. Let down by his own brother who migrates to Pakistan, Mirza suffers the ignominy of being a Muslim who stayed back in communally riven Agra. He is traumtatised when someone hits him with a brick after his tonga wades into a hostile Hindu neighbourhood. Banks refuse to give loans for his suffering shoe factory, reminding him that Muslim entrepreneurs had gone away with large sums they had borrowed. The last straw was perhaps the most heartbreaking. Salim Mirza, played by the inimitable Balraj Sahani, is arrested on familiar charges of spying for Pakistan. He had apparently sought a local map detailing his own haveli to settle a family dispute, which went against him. Released from the humiliating lockup, his hopes drained, Salim boards a tonga with his wife and son, played by Farooq Sheikh. On the way to the train station from where they would leave for Pakistan, the tonga encounters a traffic jam. There’s a massive crowd of slogan-chanting men, waving red banners of protest, demanding jobs and colleges. The son is allowed to slip into the crowd, and soon Salim Mirza, muttering “how long can one live alone” hands the house keys to his wife and asks the tonga-driver to take her back to their home. He then wades into the slogan-shouting crowd. Albert Pinto (1980) is played by Naseeruddin Shah. It’s the story of a car mechanic, a Christian youth who is proud of his work, who flaunts his first name-calling relationship with rich clients who admire his fine knowledge of their cars. Albert’s father is a trade union leader who cuts a sorry figure with his family as they think he is foolish to alienate powerful mill owners. When his father returns home one day with his shirt torn from an assault by the mill owner’s henchmen, Albert Pinto understands the meaning of his father’s love of waving the trade union flag.

Salim Mirza and his son Sikander came to the sanctuary of the robust Indian Left to rid themselves of a spurious communal binary. Albert Pinto comes to the Left through a secular, economically rooted compulsion. Both films flagged the promise of a Nehruvian India, where mainstream society was still though`1t to be striving for a socially-equitable future, where religious identity was discouraged.

Cut to the Modi era. The Left is confused about how to describe the hateful politics unleashed on unsuspecting Indians. Is he a fascist, or is he a bad ruler lacking in civic sense? The Left that wooed Salim Mirza to the crowds and nudged Albert Pinto to join the mainstream has all but disappeared from the scene. The diagnosis for Pinto is not good. Earlier this month, dozens of Catholics were arrested by the police in central India while singing Christmas carols. The familiar charge was they were trying to convert people. A leading Catholic association condemned the accusations as “laughable”. Imagine Pinto’s plight. When a group of priests went to the police station to ask about the detentions, their parked car was torched, by a mob belonging to a right-wing Hindu group. Theodore Mascarenhas, secretary-general of the Catholic Bishops’ Conference of India, has the facts to vindicate his people’s innocence. He, however, knows the community is on the back foot. As for Salim Mirza, after the recent murders in the name of gau raksha, he now sees killing of his people as the new normal.

The Left will come to the rescue, Sathyu’s Salim Mirza had hoped. What he finds today is that the supposedly secular Congress Party, led by a great-grandson of Nehru, seems embarrassed to be seen with Muslim leaders in Gujarat lest the election is lost for an unwitting reason. Salim Mirza is in a soup. But what about his brother who went over to Pakistan? How would he be coping with the upsurge of Deobandi and Barelvi identities? Perhaps it is time for Sathyu and Saeed Mirza to update their scripts — or write an honest, heart-rending epitaph as Shashi Kapoor did.