Some commentators and Twitterers insist that they be called 'humans, not migrants' 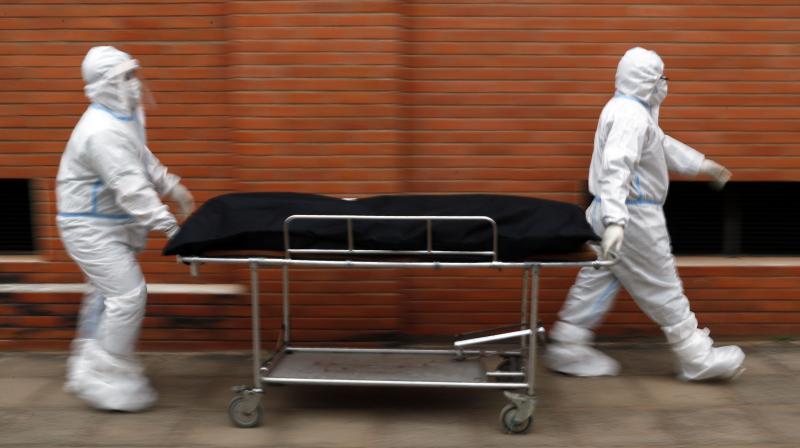 “In rich summer the foliage
Hides the wood I glimpse and dwell on
Outside my skylight.
But as autumn rots the leaves
I know that once again the bare branches
Will pronounce in a perfect catapult
Of two upheld fingers
Distinct and bare as winter comes
Telling me to… er… leave the stage and have sex.”

From Bum Bum Boley by Bachchoo

As I write, 30 more men, women and children have drowned in the English Channel trying to cross it from France in an unsafe rubber dingy. It was 28 deaths two days ago.

The headlines and several ministers refer, with literal justification, to these channel-crossers as “migrants”. Some commentators and Twitterers insist that they be called “humans, not migrants”.

Why they attempt this crossing, risking their lives and paying excruciating sums to people-traffickers is, gentle reader, not difficult to fathom. We live in a broken world.

Here is wintry London, with the yellow leaves of the autumnal plane trees littering the streets, where there may be a shortage of Heavy Goods Vehicle drivers and so a shortage of petrol at the pumps. There may be certain imports of fruit and vegetables unavailable on the supermarket shelves. And in the countryside on the pig farms which normally send the animals to orderly slaughter to be turned into pork, bacon and sausages, there are not enough vets to certify their suitability for such slaughter and not enough butchers to do the deed. Pig farmers call it an unprecedented crisis and blame Brexit for preventing such vets and butchers coming over from the Continent to work in Britain. And so with the harvesting of vegetables and fruit crops — not enough foreign hands to pluck. More seriously, Brexit has caused a shortage of health service staff — from doctors, to nurses, auxiliaries and ambulance drivers…

I could go on with this list, which is seen by the nation as a crisis. But are any of these discomforts, which may be life-threatening for some and merely expensive for the many, comparable to what is happening in Afghanistan, Syria, Ethiopia, Iraq and perhaps twenty other conflict-torn countries and areas of the world?
Those are the places from which these refugees, migrants, channel-crossers, these humans, are fleeing.

Or most of them. There are others, young men by their thousands, who despair of their lives in countries such as Iraq or the Congo and want to get to Europe and build a better life there. These are regarded and even classified as “economic migrants”, and are looked down upon.

How times have changed! In the same week that the BBC reported at length on deaths in the Channel, on the assigned task of the British Coast Guard and the Royal Navy to rescue those boats or send them back to France, there were photographs of a shipload of smiling Caribbean men in suits on and around the gang plank of a ship that arrived in a British harbour.

This famous ship was called the Empire Windrush. The smiling men were “migrants” imported from the West Indies in the 1950s by the then Conservative government to fill in for the labour shortages that post-war Britain was experiencing. They would fill the vacant jobs, driving underground trains, working in the National Health Service as nurses and on the night shifts in factories.

The photographs of the smiling, welcome migrants were on TV because in 2018, fifty years after the Windrush brought them to Britain, the UK Home Office accused their children and grandchildren of being illegal immigrants because they hadn’t, through negligence or because they never felt the need, registered for British passports. Some of them were as a consequence detained and 83 were deported. It was scandalous and

Amber Rudd, the Conservative minister who was in charge, pleaded that the detentions and deportations resulted from the Home Office records of their arrival having been destroyed. She then resigned.

And now, in November 2021, the media says that a committee of Members of Parliament has published a report which claims that under the incomparable leadership of Priti “Clueless” Patel, only one in twenty of the victims of the 2018 Windrush injustice and debacle in which people were detained, lost their jobs, lost their homes, etc, have been financially compensated. So, five per cent efficiency on Clueless’ watch. The media also reported that Home Office civil servants have, with the protection of anonymity, told the newspapers that Clueless “is a moron with idiotic and outlandish ideas”.

Clueless was, perhaps erroneously, reported as having mooted the idea that there ought to be wave machines in the Channel so that the migrant boats would, through fear of certain overturning, be deterred from attempting the crossing. There was also a report that she wanted to send all the migrants to the island of St. Helena in the Atlantic, where Napoleon Bonaparte was imprisoned and died. It is clear that under her leadership, the accommodation and processing of migrants, or humans, is a mess — principally because she wants to follow the nasty Tory policy of appearing to be tough on Johnny Foreigner settling in the UK.

Meanwhile, the election-rigging President of Belarus, Alexander Lukashenko, has encouraged thousands of “migrants” to be imported by plane to Minsk and then transported to the border of Belarus with Poland to try and cross over into the European Union. Again, humans as political weaponry. For shame!