The middle class knows instinctively when things are beginning to unravel 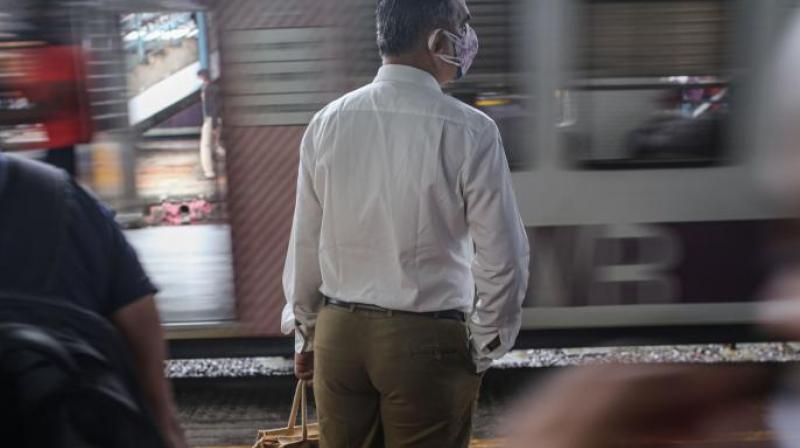 In 1997, I wrote a book called The Great Indian Middle Class, which was brilliantly translated into Hindi by Abhay Dubey, with the title Bharatiya Madhya Varg Ki Ajeeb Dastaan. Both books were the subject of much discussion, and I have remained since then a close observer of this remarkable class, which has shown great energy, survival instincts, capacity for hard work, and entrepreneurial brilliance.

What does the middle class want today? Its size and prosperity have increased exponentially over the years, and it is today the only true pan-Indian class. Firstly, the middle class wants economic growth. It wants more of the good life, more jobs, better salaries, business opportunities, greater consumer options, easy credit, low prices, world class educational institutions and a booming stock exchange. Post the economic liberalisation of 1991, it has progressively enjoyed these dividends. Today, the Indian middle class must rank as one of the most aspirational classes in the world. Ye dil maange more!

If it gets these goodies, it is not particularly finicky about how. It likes democracy as a theoretical construct, but only if it subserves its own interests. That is why it is sometimes taken in by demagogues who promise to cater to its wants. When Indira Gandhi declared the Emergency in 1975, the middle class (initially) was her biggest support. Its members were not opposed to a bit of danda rule, where the unwashed masses could be ‘taught’ to behave better, and only rebelled when the danda threatened to hit them as well. The same applies with bulldozers. They are seen as symbols of a ‘strong’ ruler, until they begin to demolish middle class homes, which cannot but happen once governments get used to taking the law in their own hands.

In this sense, the middle class knows instinctively when things are beginning to unravel. Of course, it is insular and preabsorbed in its own priorities. A foreigner once told me that he was surprised how an educated middle classperson in India seemed to almost not notice an abject slum right next to displays of great wealth. The poor are necessary, but largely for their services, after which they should preferably be out of sight, as gated communities mushrooming all over the country ensure. But at the same time, the middle class does not want the numbers of the poor to swell uncontrollably, for this will inevitably threaten its own security.

The middle class is predominantly religious, but it does not like endemic social instability caused by religion. For instance, many Hindus have legitimate grievances about the appeasement of minorities for vote bank politics, and want these to be rectified. But if turmoil due to unending religious extremism hurts the middle class’s economic interests, it can say: enough is enough. It may surprise readers that at the height of the Ram Mandir Ayodhya agitation in 1992, the city’s Hindu traders once went on strike to protest that their dhanda is suffering as a result of the repeated agitations.

Nor does the middle class want religion to become prescriptive. Hindus like to be religious, but don’t want self-anointed thekedars of Hinduism to tell them what to eat, what to drink, when to pray and what to wear. Hindu women, in particular, are incensed when told who to meet, how to dress, where to be seen and to be alright with being frowned upon when they do not wear a bindi or sindoor, to conform to some male chauvinist’s image of the chaste Hindu nari.

The middle class does not like insecurity and breakdown of law and order. It needs a certain predictability of coordinates to pursue its interests. If there are riots in any one part of the country, the pervasive outreach of the media brings them right to the homes of all middle class people. If warring groups take to the streets, transport, communication, business, shops, professions, safety, security and education of all middle class persons is threatened.

For this reason, the middle class is against extremism of all kinds, Hindu and Muslim included. It is not jihadi by temperament. It likes nationalism, and prides itself on being patriotic, but it is wary of hypernationalism, where anyone who disagrees is automatically labelled anti-national. This is especially so when it begins to realise that ultra-nationalism is being used as an excuse to deflect attention from some of the real issues that concern it, such as jobs and inflation.

Its behaviour may seem mercurial, but there is a message even in that seeming waywardness. Large numbers of it flocked to see the film Kashmir Files, but even larger numbers stayed away from Samrat Prithviraj, although both films have certain obvious thematic overlaps. The middle class knows its mind — and its priorities — and is seldom willing to be taken for granted.

Today, the middle class sees some of its dreams under siege.

According to the Pew Research 2021, the core middle class has shrunk from 99 million in 2020 to 66 million in 2021. Demonetisation and Covid have taken their toll. Those with jobs are facing a pay cut, others face retrenchment, and new jobs are disappearing. With inflation at new highs, incomes are shrinking, savings falling, and quality of life suffering. The rich have become richer; now, the top one per cent owns 73 per cent of national wealth. The poor are multiplying; those earning less than $2 a day rose from 59 million in 2020 to 134 million in 2021.

Caught between the rich and the poor, the middle class is hurting. It is not a disloyal class. But it is as quickly seduced by the leader who comes as a knight in shining armour promising to do its bidding, as it is disillusioned by that very leader when those promises do not fructify.

What is the Great Indian Middle Class thinking today? That is an important question, because what it thinks today shapes national public opinion tomorrow.