Hasty ordinance is not enough to deter rapes

Many activists have pointed out that it is not the severity of the punishment, but the certainty of it that is the real deterrent. 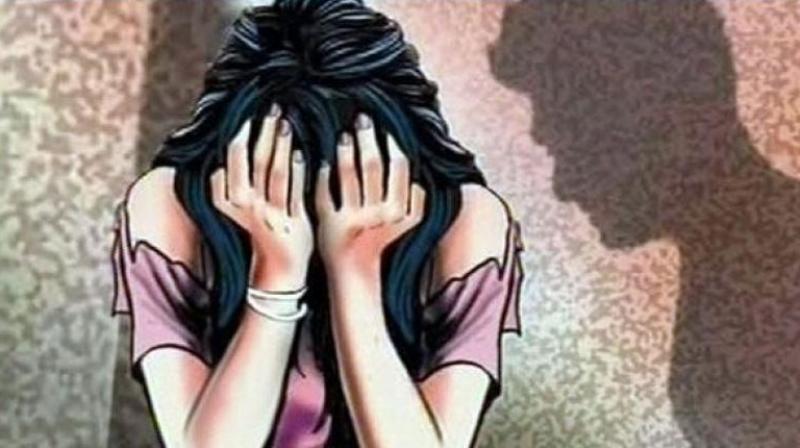 India raged again. This time over the rape, allegedly by a BJP MLA, and the death of the victim’s father in police custody in Unnao; and the horrific incident of rape and murder of an eight-year-old child in Kathua. While the entire nation was protesting, the nauseating news about the rape and murder of an eight-month-old baby came from Indore. What outraged people even more was that perhaps for the first time in the history of any civilised country, there were protests in support of the rape accused. In Kathua, the Hindu Ekta Manch organised rallies in support of the accused, attended and addressed by local BJP leaders, trying to give the rape and murder of a child communal overtones. Lawyers from the district bar even  physically tried to prevent the police from filing the chargesheet. In Unnao, a protest march was organised in support of the accused, who is a sitting BJP MLA. In the wake of the nationwide protests, the Narendra Modi government promulgated a hasty ordinance prescribing minimum 20 years of imprisonment for raping a girl below 16 that could include the death penalty for raping girls below 12 years.

In December 2012, after the horrific Nirbhaya incident in New Delhi shook the conscience of the nation and issues of rape and sexual violence against women came into the forefront of public discourse, one had hoped that there would perhaps be a decline in such crimes. After Nirbhaya, the criminal law under the Indian Penal Code was amended to widen the definition of rape, and it recognised several acts of sexual violence and harassment like stalking and voyeurism as offences and provided for stringent punishment. However, this not only failed to bring down sexual violence against women, but in the past three years India has seen an epidemic of rapes and murders spreading across Delhi, Mumbai, Gujarat and Uttar Pradesh, among other areas. Amid much protests by child rights activists, the Juvenile Justice Act that allows children between 16 to 18 years to be tried as adults in cases of heinous crimes like rape and murder was passed by Parliament in 2015 and became enforceable from January 15, 2016. As per the data provided by the Union minister of state for home in the Lok Sabha in August 2017, there was a 23 per cent rise in rapes carried out allegedly by juveniles in 2016 compared to the previous year. Delhi itself witnessed 155 rapes reportedly committed by minors in 2016.

Many activists have pointed out that it is not the severity of the punishment, but the certainty of it that is the real deterrent. The conviction rate in rape cases in India continues to remain abysmally low, with just 24 per cent in cases of adults and 20 per cent under the POCSO Act. Even in a highly publicised case like Nirbhaya, the trial and subsequent appeals went on for several years. The decision on the review petition on the death sentence is still pending in the Supreme Court. While the underlying principle of modern jurisprudence in any civilised society is that it is better to let the guilty go free rather than punish an innocent person, and the judiciary is even more cautious in cases that could attract the death penalty, it could also be argued that justice delayed is justice denied. The new ordinance provides a timeframe of two months for completing trials and six months to dispose of all appeals. This is highly unrealistic keeping in mind the overburdened judiciary. There are at least 6,000 judicial posts lying vacant in the lower courts, with nearly 2.61 crore pending cases. As of February 2018, the all-India vacancy in lower courts was 26 per cent of sanctioned strength, 36 per cent in high courts and 19 per cent in the Supreme Court. Till December 2017, the number of pending cases in the Supreme Court was around 55,000 of which 32 per cent cases were pending for more than five years. On an average, there are around 1.65 lakh pending cases in each high court. In the current situation, it’s beyond anyone’s imagination how the government could create the infrastructure needed to dispose of cases within the timeframe mandated by the ordinance.

However, that is not the only problem. The real problem with this hastily-drafted ordinance is that it doesn’t have the interests of the child victim at its heart. According to latest NCRB report, 95 per cent of rapes happen by people known to the victim. This is even truer in cases of children’s rape. It mostly happens within families, by relatives or friends of the family. Already there’s massive under-reporting of child rape. With the death penalty, there’s a genuine fear there will be even less reporting as in most cases the culprit is a family member or is known to the family. This also enhances the risk of murder after rape to silence the victim permanently. While public outrage is completely justified, enacting laws cannot be a hasty or emotional process done as a damage control measure. Its subsequent effects and nuanced implications must be meticulously understood. But in typical Narendra Modi style, the government has undertaken the serious act of enacting laws more for gimmicks rather than as long-term solutions. Be it demonetisation, juvenile justice or criminalising triple talaq, the implications are completely ignored in order to grab media headlines.

While laws are effective tools for bringing about desired changes in social behaviour, using punishment as a deterrent isn’t enough. The entire discourse post-Nirbhaya has been to make laws more stringent; but without effective implementation, any law is useless. Also, punishments are meted out once the crime has occurred. But no death sentence can bring back Nirbhaya or the little girl in Kathua. It is perhaps far more important to look into measures to prevent rape than to punish it. No action is being taken for positive reinforcement of role models through gender sensitisation and other methods. The “consent classes” in Nairobi changed gender perception among the youth and purportedly brought down rape and sexual harassment by 51 per cent. It’s high time that the government realises that it can’t just wash its hands off by enacting yet another law.