At the current rate of around thirty-four billion tons of CO2 emissions per year, we could exhaust our carbon budget in less than a decade 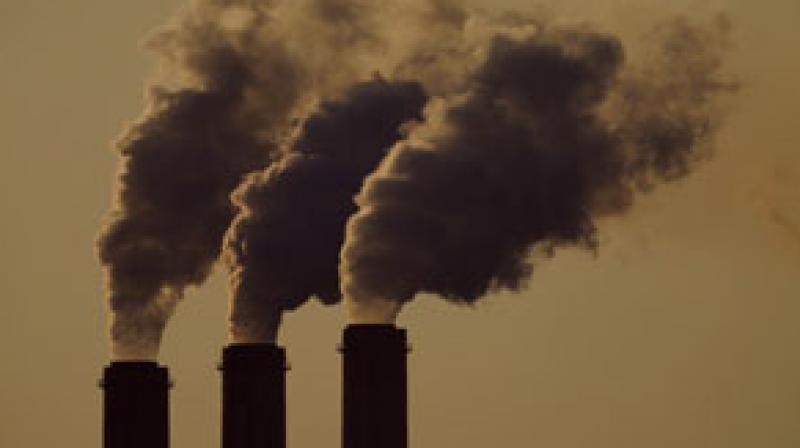 The absence of a central authority to define rules for sharing a depletable, common resource is the central problem behind global warming.Representational Image. (AP)

Carole King, an American songwriter, recorded these lines in 1971: “I feel the earth move beneath my feet, I feel the sky tumbling down…”. King’s emotions were sentimentally human but in retrospect she seems to have been prescient. Back then, environmental activism was nascent. Greenpeace, the activist environmental organisation, was just being founded.

Five decades later, last week, old timers in the lower Himalayas in India’s Uttarakhand state had cause to remember King, as torrential rain battered the entire Kumaon region. Being level-headed, the hill folk expect little, give a lot and forever live under the benign gaze of a local devi or devata – each ensconced in a fetchingly, rudimentary temple, dotting virtually every hilltop and studded along the rocky banks of the tumbling rivers, which change from an inviting, sparkling, blueish-green to a menacing, muddy-brown during the monsoons, dark with the sludge they carry from degraded, denuded hillsides, gumming up dams along the way and further downs ream, infusing the mighty Ganga river with rich soil to regenerate fields in its flood plains.

It has always been thus. Cities, which are the furthest from nature, and the root cause of much of the ecological degradation earlier and now carbon emissions -- both linked to rapid economic growth, rising disposable incomes and rootless, unsustainable behaviour -- tourism being a prime example -- are also at the forefront of change, possibly, to redeem their guilt. Next month Glasgow, a major industrial city in Scotland, will host the twenty-sixth Conference of the Parties (COP26), the world’s top decision-making body for mitigation and adaptation responses to climate change, where Prime Minister Narendra Modi will be joining several other world leaders. All the earlier twenty-five COPs also met in various cities across the globe.

It would have made more sense and lent immediacy to the deliberations, expected from the 30,000 participants at COP meetings, had it convened instead on a barren hillside, in the semi-arid Sahel or even better on Basan Char -- the shifting, mangrove fringed, mud island, floating in the delta of the Meghna river, where Rohingya refugees are being rehoused, in clapboard huts, just four feet above the water. Experiencing the raging waters of the Bay of Bengal is guaranteed to evoke a quicker response to the problem of rising sea levels, which is expected to deprive millions of their homes and jobs.

Proximity to the problem is a wonderful stimulus for quick decision making. If you live perched precariously close to a fast-flowing river, in a house, seemingly fixed by glue to a steeply inclined hill and a cloud burst pours torrents of water from above with swirling currents threatening to plunge you into the abyss, you shall feel the earth move under your feet. At that moment, any reservations you might have about paying a little more to switch to renewable energy simply vanish. Personalising the problem helps nudge action.

The same sense of urgency is lacking whilst ensconced in a temperature controlled cavernous conference room in some faraway city, which you reach by air and then catch a taxi to your hotel, because your bags -- comtaining essentials for a two-week stay plus space for shopping -- are too unwieldy to trundle around in a bus or on the Glasgow underground, which, incidentally, is functional since 1896 but reassuringly refurbished in 1977.

The multilateral COP architecture was meant to be a celebration of international collaboration. A forum to plug the authority gap, first identified (appropriately) by a British economist, Willian Forster Lloyd in 1833, who lamented that common pastures were overgrazed because no one farmer had the incentive to preserve them by reducing grazing unless all farmers did the same. The absence of a central authority to define rules for sharing a depletable, common resource is the central problem behind global warming.

To be sure, not everyone agrees. Elinor Claire Awan Ostrom, who won the Nobel Prize in 2009, was one such. An institutional economist by persuasion, her field research in California on sustainable community practices for sharing ground water and cooperative irrigation practices in Spain, Nepal, Switzerland and Japan as well as fisheries in Maine and Indonesia showed that decentralised, human communities have succeeded in managing scarce, common pool resources sustainably.

This hope energised global efforts over the last three decades to contain annual carbon emissions within a best-estimate carbon envelope, to avoid a rise in global mean temperature beyond 1.5 degrees Celsius over pre-industrial times -- the previously assessed “tipping point”, beyond which climate doom is assured. New evidence suggests that we should be aiming even lower at 1 degree Celsius with an even smaller carbon budget for incremental emissions. At the current rate of around thirty-four billion tons of CO2 emissions per year, we could exhaust our carbon budget in less than a decade -- thence lies the significance of 2030 as a milestone.

The Nationally Determined Contributions -- a voluntary effort by some individual nations, to restrain carbon emissions -- were a compromise at the Paris COP in 2015 because the choice was not to agree on anything at all. Sadly, these have proved insufficient to rein in global warming. With the space for global economic cooperation shrinking and the veiled but relentless global contestation surging, the prospects for a breakthrough in Glasgow are quite bleak. The late Elinor Ostrom would be distraught at the thought.

She would have emphasised two missing fundamentals for a successful outcome. First, a committed pluralist, she would accept only “genuine participation”, where sovereign negotiating positions reflect the decisions of layered community groups from the village upwards, thereby retaining the spirit of accommodation she evidenced in smaller sub-national communities. Second, rules to make the common decision inviolable, and non-compliance penalised by common consent.

Looking beyond the rhetoric, Glasgow is unlikely to aim sufficiently high enough for an “equitable” and “effective” reduction in carbon emissions on a per capita basis. The formalised triviality of multilateral negotiations, as evolved at the COP, are so remote from “genuine” participation and the common decisions taken, flouted so regularly, that the good folk of the Kumaon hills in India and the refugees on Bashan Char had better get used to feeling the earth move under their feet more often.