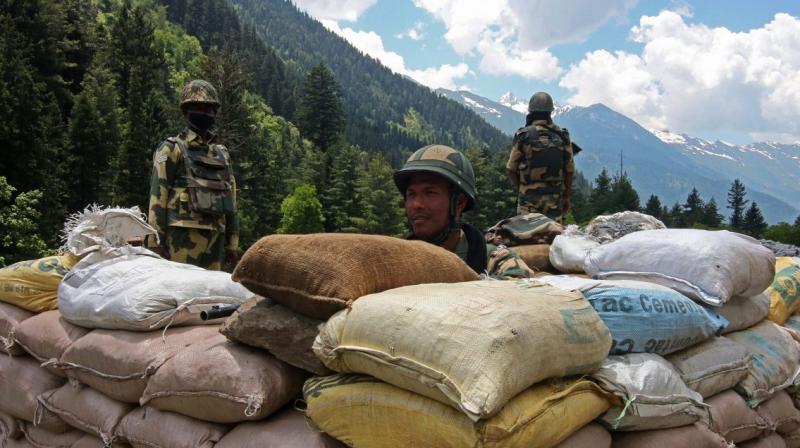 In 1979 China attacked Vietnam, in the province of Lang Son. The North Vietnam Army withdrew about 20 km inside. China’s PLA poured into the breach and were crowing about their quick victory, when Vietnamese military commander Gen.

Van Tien Dung closed the trap and battered the PLA with deadly artillery fire. Incidentally, the then external affairs minister of India, Atal Behari Vajpayee, who was visiting Beijing when the attack started, had to hurriedly return home.

Had he stayed back for a few days, he would have absorbed an important lesson from the Vietnamese: to let the military decide strategy and battlefield tactics. The tactical sacrifice of territory to inflict painful damage to the enemy is more important.

Unfortunately in India, we are obsessed with territory. Even after the Galwan and Pangong Tso incidents, what our commentators and politicians mostly point to “loss of territory”.

We seem unconcerned about the military tenability of the lines of actual or imagined control.

For instance, does anyone consider the military viability of the “Fingers” territory on Pangong’s north bank? Will a general be allowed to marshal resources at a place of his choosing, like Van Tien Dung did at Lang Son?

Let’s take the Galwan situation. The PLA was seeking to establish dominance over the vital Darbuk-Daulat Beg Oldi  (DBO) road, our only link with what we call Sub-Sector North (SSN).

This is a long road of over 230 km and goes alongside the Shyok river, which in turn flows south alongside a spur of the Karakoram, till it bends along the Chip Chap river to end at DBO.

The Depsang Plains lies inside the crook of this elbow. The PLA effectively dominates Depsang, that is just south of Aksai Chin, now with China. The road effectively ends at DBO, unless you want to go to via the Karakoram Pass a few kilometers ahead, and then to Yarkand in Xinjiang.

To my mind, the disputed Fingers 4-8 area north of Pangong Tso  is a sideshow. It doesn’t have the strategic significance of the Darbuk-DBO road. The PLA is now at its closest ever to this road and can even bring it under even mortar and machinegun fire.

By interdicting this road, the PLA will effectively cut off SSN from Ladakh. India literally has its back to the wall here, with a spur of the Karakoram range on the left and the LAC on the right.

In the outbreak of a larger conflict, what is the survivability of this road? Do we invest huge forces to defend this area or do we learn from Lang Son? To really beat back the PLA, India must bring the Air Force into play early. If the PLA has the upper hand on land, the IAF has dominance in the second dimension.

The dominance of the battlefield depends on how much force one can bring to bear on it. Here India has the advantage. But first we must stop equating military success with territory lost or gained.

If the second dimension comes into play, it won’t be long before the third dimension -- the sea -- is put into play. With 70 per cent of its oil on the sea lanes running about 300-500 km from its shore, India can effectively interdict Chinese foreign trade with the region. The PLA Navy will be loathe to engage the Indian Navy in an area where the leading Indian Ocean power, the US Navy, also dominates.

War between between nuclear powers will not be without consequences to the ever increasingly interdependent world and hence international pressure to terminate conflicts before they expand and/or spiral out of control is only to be expected. How many nuclear weapons a country has does not matter, as for the world outside even the use of one will not be without huge collateral consequences.

Thus, while China will be interested in keeping any conflict limited and restricted to one dimension, it will be in India’s interest that it quickly escalate to the other two dimensions, where it can bring its superior disruptive power into play.

The time window for such a conflict, if there is one, will be very narrow. Thus, at best the two countries can fight a very limited war that does not cause irremediable loss of face to either one. It will be very important for both nations to have their people believe they haven’t emerged worse-off in the conflict.

Face then is everything. The national mood, not territory, is what the next conflict should be about.

This kind of a conflict requires quick escalation to high kinetic levels before the conflict is forced to a halt by outside powers. The illusion of victory has to be created in this very limited space.

Victory will be a matter of perception. There will be no time and place for strategic victories. The sum of tactical victories will be the ultimate perception of victory. We have seen how soon air power came to be deployed over Kargil.

The terrain and array of forces on both sides of the India-China border suggests that air power come into play fairly early to score the wins that will influence perceptions.

India’s arms buildup and preparations make it apparent that a conflict will not be confined to the mountains and valleys of the Himalayas, but will swirl into the skies above, on to the Xinjiang and Tibetan plateaus and the Indian Ocean.

It will be logical for India to extend a Himalayan war to the Indian Ocean, particularly as India’s geographical location puts it astride the sea lanes that carry over two-thirds of China’s oil imports. To pay for this oil, 41 per cent of China’s exports are now to the MENA region.

Asia is now the most dynamic economic region in the world. Six of the world’s 10 fastest-growing major economies in the coming decade (including China and India) are in Asia.

India has so far been careful about not semaphoring its capability too overtly, but it’s sometimes useful to overtly convey this. There is an old Chinese saying that to scare away monkeys you sometimes have to skin a cat.

The writer, a policy analyst studying economic and security issues, has held senior positions in government and industry. He also specialises in the Chinese economy.