Gorbachev had been aware of its capacity to do mischief, and had made it harder to obtain. 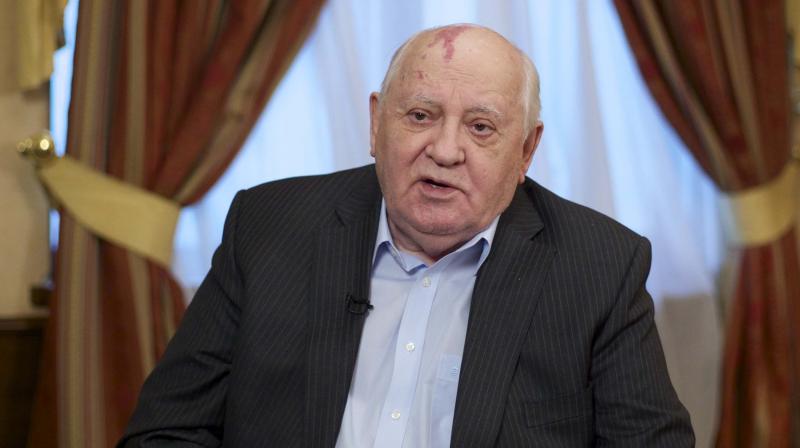 The main news bulletin in the world’s largest country began on an extraordinary note 25 years ago today. “Good evening,” the anchor said. “This is the news. The USSR is no more.”

The shock was palpable, both within the Soviet Union and right around the world. Sure, vastly consequential change had been afoot ever since the abortive coup attempt in August, when elements within the Communist Party of the Soviet Union (CPSU) had attempted to stall Mikhail Gorbachev’s reforms by placing their architect under house arrest and declaring an emergency.

By and large though, Soviet troops refused to shoot at fellow citizens who flooded the streets of Moscow and other cities to resist the reversal. Within days, Gorbachev returned to the Kremlin, if not quite to power. Thanks to the coup-makers, Boris Yeltsin had the upper hand.

The President of Russia, buoyed by the accolades that had come his way from the West for standing up to the retrograde communist orthodoxy, began to throw his weight about with increased fervour. Gorbachev had been sidelined on the eve of concluding a union treaty intended to preserve the union on a new footing, whereby the constituent republics would be able to exercise the autonomy that had hitherto been restricted to paper.

The first executive President of the Soviet Union expected he would be able to resume his pursuit of the agreement. But Yeltsin had other ideas. On a hunting trip to Belarus in early December 1991 with the republic’s Supreme Soviet chairman Stanislav Shushkevich and Ukrainian President Leonid Kravchuk, he persuaded them to sign an agreement that effectively dissolved the Soviet Union. He got Shushkevich to transmit the news to Gorbachev after Yeltsin had personally broken it to US President George H.W. Bush.

In a recent interview, Shushkevich recalls that Gorbachev slammed down the phone on him after realising Bush had already been informed. He also insists that whereas he and his co-conspirators had indeed retired to a banya — a Russian steam bath — they were not drunk. Yeltsin’s weakness for vodka was well known, though. It would not be surprising to discover that the national drink played a key role in undermining the Soviet Union.

Gorbachev had been aware of its capacity to do mischief, and had made it harder to obtain. He was subsequently amused by the joke wherein a citizen, fed up with waiting in a line for vodka, declares that he intends to go and shoot Gorbachev instead. A couple of hours later he returns to the queue, which has barely moved in the interim. “What happened?” his fellow would-be imbibers want to know. “Did you succeed?” He responds in the negative. “The queue over there is even longer,” he complains.

Not long after he had assumed effective power as the general secretary of the CPSU, Gorbachev’s perestroika and glasnost reforms, aimed at simultaneously reviving a moribund economy and sanctifying free expression, won him accolades both at home and abroad. Even virulently anti-communist ideologues such as Ronald Reagan and Margaret Thatcher saw plenty of virtue in Gorbachev, not least in his decision to liberate Eastern Europe from the shackles of Soviet remote control.

Gorbachev, who resigned his post on Christmas Day 25 years ago, still sees the dissolution of the Soviet Union as a treacherous act, as he makes clear in a recent interview with the BBC’s Steven Rosenberg, as well as in the New Russia, a tome published earlier this year, in which he laments the failure to follow through with perestroika.

It’s not hard to empathise with his despair at the squandering of a democratic impulse. It’s always much easier, though, to demolish demonstrably absurd structures than to constructively replace them.

Gorbachev’s relatively noble failures, however, hardly compare with those of Yeltsin, who presided over a monetarist-inspired “shock therapy” that effectively obliterated the Soviet Union’s redeeming features.

Yeltsin’s 1996 re-election owed a great deal more to US interference than this year’s American election does to Russian influence. His second term was no better than his first, and it paved the way for the former KGB to re-establish control in the Kremlin via Vladimir Putin, whose nostalgia for the Soviet Union is restricted to the most reprehensible aspects of the erstwhile entity.

He is not alone. All too many of the former Soviet republics fall into a similar category, whereas right-wing nationalism, often with a nod to Vladimir Putin, is the ideology du jour across much of Eastern Europe.

Whichever way you look at it, the (thankfully largely peaceful) failure of the Soviet experiment still looms tragically large a quarter century on, amid an unresolved crisis of capitalism, on both a global and a domestic scale. The year ahead, meanwhile, will offer plenty of opportunities to mull over the consequences of 1917.