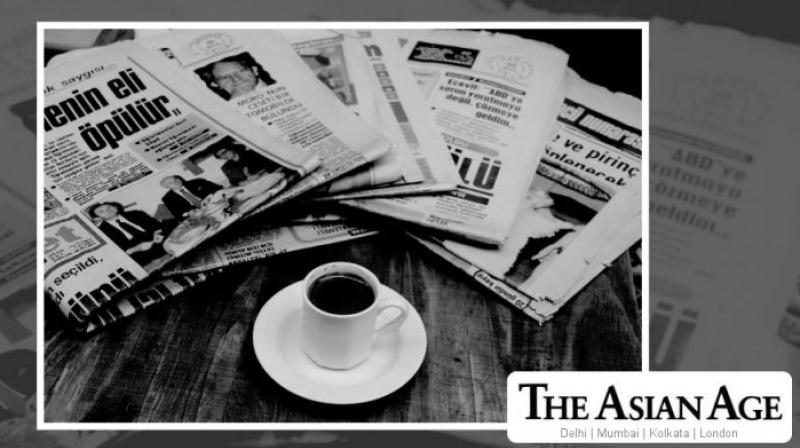 The apparent recent volte face by Beijing’s imperial overlord Xi Jinping, who called for the creation of a fresh, “favourable” image of a “lovable” and “humble” Middle Kingdom reminds one of a popular Bengali saying: “Bhooter mukhe Ram naam”. (It is not a translation, but it has some of the same meaning as “the devil quoting scripture”.) The Hindu belief of the absurdity and impossibility of an evil and foul spirit of a dead man remembering Lord Ram, the ultimate in purity and pristine divinity --seen in the context of the People’s Republic in relation to the rest of the world -- takes the whole scenario into the realm of farce. It can never be!

As long as Beijing and its 1.4 billion-plus population remains under the yoke of Emperor Xi and the ruthless and heartless Communist Party of China, which marks its centenary on July 1, the image of “love and humbleness” will prove elusive. Xi, who has been his nation’s paramount leader since 2012 (first as CPC general secretary, then as President), has followed a policy of avoidable aggression against the whole world, including all of China’s neighbours such as India, but with little to show for it. This so-called “change of heart” is just a tactical shift, in line with traditional Chinese deception as advocated in Sun Tzu’s Art of War and Chairman Mao Zedong’s Military Writings. Xi, like his mentors, tried to deploy the traditional tricks of the Dragon’s offensive-defence deceit: “Two steps forward, one step back”.

It will, therefore, be foolhardy to fall for Xi’s “charm offensive”; instead, we should study what lies behind the CPC’s new strategy. Can China’s diplomats and soldiers truly shed their much-practised “wolf warrior” tactics and turn a new leaf? Unlikely. Playing to the gallery and muttering a few catch words like “lovable” and “humble” can’t convert the Han warriors into apostles of love, virtue, piousness, piety and mercy as advocated by Lord Buddha or philosopher-king Ashoka’s initiative to spread peace, harmony and universal brotherhood after the devastation of Kalinga. Can Xi really spread Buddhism, the religion of peace, with his diplomatic “wolves” across the world? As they say, “charity begins at home”, and so can Beijing’s overlord make a start in Xinjiang and Tibet, in Taiwan and Hong Kong, with his new mantra of love and togetherness? Can we see the effects first in the Ladakh Himalayas and as non-Chinese vessels exercise their right of passage through the South China Sea to know that “lovable” China is for real?

To this writer, China’s motives and machinations stand brutally exposed due to the Wuhan-origin virus, which has devastated the demography of the entire planet. In all this, it is important to understand the way that some Chinese (Han) people -- especially all who belong to the imperial durbar in Beijing and those who take their cues from them -- look at the rest of the world. To them, China is the “sole civilisation” and the rest of the world are “barbarians” who are inferior -- and thus need to be subjugated. The “barbarians” deserve contempt and should be made to kowtow before the Beijing durbar! Those who can’t be bullied should be conquered with cash, backed up by the PLA’s ever-expanding forces on land, sea and cyberspace -- with its troll army spreading its tentacles. The aim is to buy up every possible strategic asset overseas, by resorting to hostile takeovers of foreign tech companies, luring foreign politicians with cash or kind and manipulating the media by any or every means to build the image of the “lovable” Chinese.

A single country’s example will demonstrate this. The United Kingdom is a particular target of the CPC’s unwelcome attention, mainly due to its colonial history with a much-weakened Middle Kingdom -- the Opium War (1839-1842), the retention of Hong Kong by London as a coveted commercial base up to 1997, the loot of the Chinese Emperor’s Summer Palace (1860) by British forces (which included a fair number of Indian soldiers), and the loss of almost all Chinese ports to the combined might of the West and Japan’s subjugation of Chinese territory in the early twentieth century. Britain’s strategic assets are thus a prime target for the CPC (like the “Carthage must be destroyed” psyche) for long.

Little wonder then that a top UK daily flagged in May 2021: “How China is buying Britain”. It showed how Chinese investors amassed a portfolio of UK businesses, infrastructure, property, and other assets worth nearly 135 billion pounds, almost twice as previously suspected. What shook the British establishment was the “swift and largely unnoticed buying spree which included purchases worth at least 44 billion pounds by Chinese state-owned-enterprises, linked to the PLA or CPC, or both. Alarmingly, over 80 of the 200 Chinese investments uncovered were since 2019, a time when London-Beijing ties started growing tense. Wasn’t that a “hostile takeover bid”? These included critical British infrastructure providers like Thames Water, UK Power Networks, Heathrow Airport; in addition to shares in FTSE, 100 companies, prime property in London and at least 17 private schools. New Statesman reported in July 2020: “Weak rules allowed China to acquire significant stakes in British nuclear power, oil, steel, water, and transport.” In a classic reversal of historical forces, the “East Asian Company of China” was taking revenge on the old “East India Company” of our history books.

The CPC’s economic/commercial invasion of London is a clear warning. “The Chinese are coming” is no longer a slogan, what is real is that the “Chinese have come to corner all”. All nations in the world should heed the danger signs -- because the threat is real. And many have begun to wake up and started taking steps to protect themselves from the “China virus” is virtually every sector -- from health to hydrology, commerce, industry, technology, and much more. The “total war” has begun, and it’s not the way the CPC had envisaged. The Belt and Road Initiative is no longer looking so attractive to foreigners, and many are challenging the Chinese, posing a serious threat to the CPC overlord’s grand plans. Hence his call to his minions to make China a “lovable” nation!

Post-script: As Xi’s New Delhi ambassador Su Weidong urged India — “Let’s cooperate, not confront each other” — came some other news: In one, “Chinese scam cheats 5 lakh Indians of crores”; and in another, “Dangerous Chinese spy-cum-criminal caught on India-Bangla border”. Are these the actions of a “lovable” country?

The writer is a Supreme Court advocate. The views expressed here are personal.