The BJP and other right-wing entities have taken up cudgels against Mr Zubair, and the secular elements are up in arms against Ms Sharma 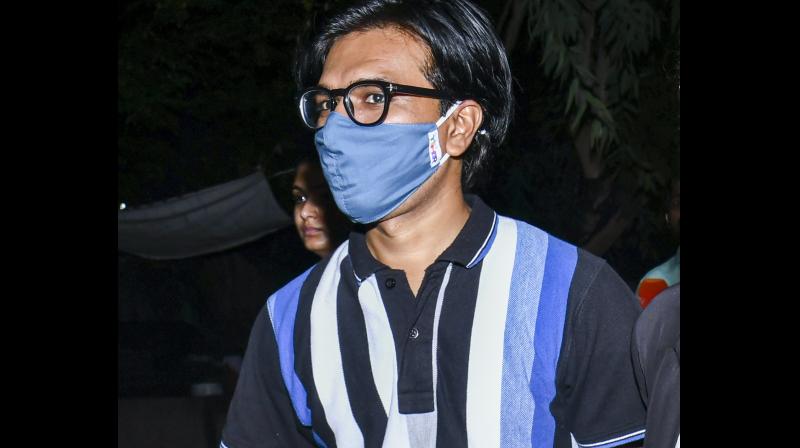 Alt News co-founder Mohammad Zubair comes out of Tihar Jail after being granted interim bail by the Supreme Court in all FIRs lodged against him in UP, in New Delhi. (PTI)

The political and legal hullabaloo surrounding the cases of Alt News co-founder Mohammed Zubair and suspended BJP spokesperson Nupur Sharma has pushed into the background some of the basic issues about free speech. The BJP and other right-wing entities have taken up cudgels against Mr Zubair, and the secular elements are up in arms against Ms Sharma. These partisan positions are perhaps to be expected, but there is a real need to look beyond the cacophony of public discourse. Many will be annoyed over the clubbing of the Sharma and Zubair cases. It may be the case that the police and the courts have acted with alacrity against Mr Zubair as the BJP is the ruling party in many parts of the country, and for the same reason action against Ms Sharma has been tardy. But the common thread in both cases is the issue of free speech. Ms Sharma’s remarks (and she expressed regret and the BJP suspended her, as it did not want to be caught on the wrong foot) and Mr Zubair’s 2018 tweet both relate to free speech. Those who disagreed with Ms Sharma and Mr Zubair had every right to protest and air their objections without breaking the law. The rights of both Ms Sharma and Mr Zubair to say what they said must be protected, and this protection of the law can’t be selective. Mr Zubair can’t be singled out, nor can Ms Sharma be protected.

The two most troubling aspects have been the flurry of First Information Reports (FIRs) registered in various parts of this far-flung country, and the arrest warrants that are promptly issued by the police. The FIRs do not indicate that the police are doing a good job of chasing lawbreakers. We are also aware of innumerable instances when the police do not prepare an FIR, and even refuse to do so. It seems to follow the rules of intimidation and harassment. In many places and in many situations the loves to wield the power to arrest people. Remember how the Delhi police went all the way to Bengaluru to arrest Disha Ravi for her so-called Google toolkit weapon. The Supreme Court has rightly observed the “vicious cycle” involved in multiple FIRs in the case of Mr Zubair, and therefore ordered that there should be no coercive action for the time being. The court offered the same relief to Ms Sharma the second time around. In both the cases, the court could have acted promptly and offered unconditional bail, and the clubbing of cases.

Like in the case of Public Interest Litigation (PIL), there are professional and habitual muckrakers, and the “hurt sentiment” syndrome crowd has to be effectively reined in. They can’t be allowed to harass individuals and to waste the time of the courts. The herd instinct of hurt sentiments syndrome and the misuse of Section 295A must end. Every citizen should have access to a quick legal remedy, but hurt sentiments is a libel issue and cannot be equated with other complaints of people who need police protection and the intervention of the courts. The police must indeed allow for every FIR, but they can’t be empowered to arrest people without solid evidence of wrongdoing. It shouldn’t be the case that the police prepare the FIR, arrest the person, and then inform the courts. The arbitrary power of the police to arrest people must be eliminated except in cases of violence and murder. The courts should penalise the police -- and individual police officers -- for every wrongful arrest. The courts must order the immediate release of every person, and the plea of the police for police custody should be rejected outright. Judicial custody will then become redundant.

One of the legal scandals of arbitrary arrest are those under Unlawful Activities Prevent Act (UAPA) in the Bhima-Koregaon case by the National Investigating Agency (NIA), and where the Bombay high court and the Supreme Court are refusing to intervene decisively, allow the bail pleas and release of all those arrested in the case because after four years, the NIA has not made out a case. This has led to the death of an ailing Father Stan Swamy, one of the accused in the case. The State must be held responsible for his death and the Supreme Court must order exemplary reparations. It’s travesty of the law that the courts are dilly-dallying over the medical bail plea of activist and poet Varavara Rao, or that the courts took such a long time to grant bail to Sudha Bhardwaj.

The Supreme Court can show the way. There is no need for Chief Justice of India N.V. Ramana to lament conviction rates are low and over the plight of undertrials in crowded prisons. There’s no need for Supreme Court Justices Sanjay Kishan Kaul and M.M. Sundresh to ask the government to prepare a law on bail if the courts do not allow arrests where it is seen to be unnecessary. There is no need for the arrests of the accused in the Bhima-Koregaon case. The case can go on without the arrests. In the cases of Disha Ravi, Mohammed Zubair and Nupur Sharma, the FIRs are baseless. There are other legal remedies available to the police and to the complainants.

The courts should not be spending time to consider whether a person should be given bail or not, and the police and investigative agencies should not be allowed to make unnecessary arguments about the need for police custody and denial of bail. The ends of justice are not served by keeping a person in prison and denying him/her the bail. It’s a waste of the precious time of the courts, which should be dealing with the legal aspects of a crime, and whether a crime has been committed or not. The political mileage that cases like Bhima-Koregaon, Mohammed Zubair and Nupur Sharma offer are without any legal merit. And so are the charges against Sharjil Imam and Umar Khalid, the student leaders who are in prison and whose bail pleas hang in the air. The Supreme Court should allow all the bail pleas where it is of the view that the person in prison is yet to be proved guilty. Prime Minister Narendra Modi’s government might well dislike such a step by the Supreme Court, but the nation’s highest court has the constitutional authority to check the arrogant and arbitrary use of power by the executive.