In some cases, the publishing houses have been sold, lock, stock and barrel 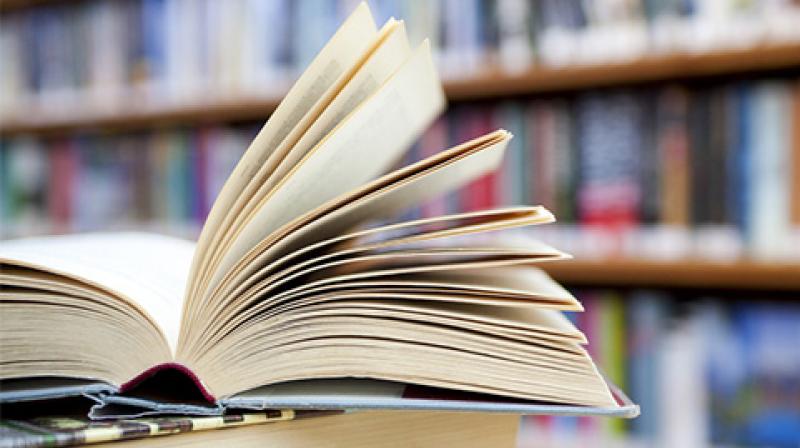 I’m talking of a time when I was working as art director at an ad agency. We were pitching for a coveted print campaign, and the creative head decided to base it on cartoons. Part of the reason could have been because the agency had an in-house illustrator: me.

To our delight, our smallish agency got chosen over several big ones. The client liked our pitch so much that he requested my boss’s permission to watch the creative team at work.

One day, he came into the studio, saw me sketching away madly, nodded approvingly, and went away. When payment time came, the client saw that he’d been charged a hefty-ish fee for the illustrations by my boss.

“How long did it take Krishna to draw, say, this one?” he said, pointing to a cartoon in one of the ads.

A clever opening gambit, he thought. He had, after all, seen how little time I was taking, like most artists, to get the preliminary sketch done.
“Thirty years,” said my boss, roughly calculating my age then.

On signing a contract for a new book, a senior staff member of the publishing house wished me, saying “Welcome to the XYZ family”.

Instead of giving the mandatory fake thank-you response, I sat her down and related a tiny moral tale.

“See, my dear,” I said, putting an avuncular Raju Hirani-type value-imparting hand on her shoulder. “Nearly thirty years ago, I walked into a publishing house armed with a bunch of drawings and got myself a freelance illustration assignment. Then I ended up illustrating about a hundred books for them. Following which, I designed, and wrote books for them, too. And did the same for several other publishers as well.

From then to now, CEOs, editors, managers, PR folk, proof-readers, office boys, watchmen and hired assassins from these publishing houses have come, gone, come back and gone again. Some have moved from one publishing house to the next.

Some have become street performers, Uber drivers and wholesale merchants of vegetables. In some cases, the publishing houses have been sold, lock, stock and barrel. Even their names have changed.

“But my books, you see, have remained. Some of them may be out of print, some may have been pulped, others remaindered, but us writers and illustrators are what constitute the family you speak of. So, instead of your welcoming me, let me extend a warm, if temporary, welcome to you to the XYZ family because, long after you are gone, which you will be sooner or later, my book(s) and I, in one form or another, will still be part of it.”

It doesn’t matter how many books one has written or illustrated but when the final cover pdf arrives, one does tend to get a tad excited.

For me, it’s a double joy because I do the cover art for most of the books I write.
I had worked on a cover design with a brilliant illustrator friend but when the final version of the pdf, all ready to go to print, arrived, while the illustrator wasn’t there with me to share my childish excitement, an old friend happened to be there at our place.

Going against my normal instincts, I decided to show the cover pdf to him.
I brought him into our office room and unveiled the double-spread on my big screen comp with a flourish.

My friend, a successful, much-travelled IT professional, stared at the front and back covers scratching his stubbled chin. I could see him taking in every detail.
Along with him, I too, gazed at the cover.

I recalled how I had come up with the idea, sourced the reference material, written the brief for my illustrator. I thought of the many roughs the artist had patiently produced, adding, removing detail a cloud here, one bird less on the tree in the background and how much more he had made it than my brief had required or I’d expected.

I thought of the final illustration with everything in place. Then how, last minute, we had both decided to change the colours ever so slightly and grunge up the look and feel a bit. I re-read the evocative blurb. I admired the illustrator’s painstaking detail. It had been quite a journey.

I looked at my buddy and said that one thing that no author/artist should ever say to a layperson. “So, what do you think?”

“Illey,” he said, pointing to the barcode area. “It says here the MRP is Rs 350 … did you decide the price or did the publishers?”