So far there is no indication that global temperature increase will be contained within one degree Celsius by 2050. 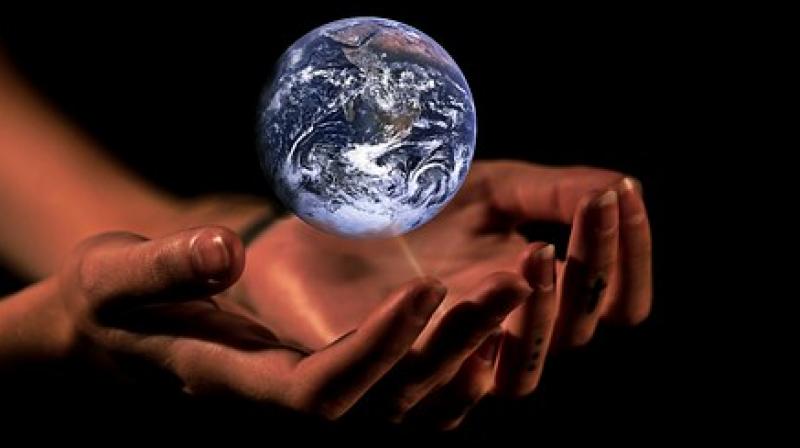 Climate change is a living, dynamic and evolving threat that cannot be ignored.

The year 2020 marks the beginning of a decade witnessing the onset of many changes that will bring focus to the connection between climate change and national security.

The harsh winter spell this year and the associated deaths of more than 100 people are just one of a series of events having a spillover effect on many aspects of life. Fires, floods and drought, here or in other parts of the world, are a clear indication of the scale and scope of the challenges that we face.

Climate change is a living, dynamic and evolving threat that cannot be ignored. To be effective, every development policy and political decision must factor in the science of climate change and project its cyclical, repetitive and multifaceted impacts on social and economic indicators.

So far there is no indication that global temperature increase will be contained within one degree Celsius by 2050. The commitments made in the Paris Agreement are not legally binding; the accord, therefore, cannot be relied on as the international instrument for ensuring compliance. It appears that each country will have to deal with the climate crisis using local resources, capacities and technologies to build adaptive resilience.

The internal and external threats of climate conflicts on national security are inseparable. If left unmanaged both will create chaos and instability. Internal peace and stability depend on social harmony and economic opportunity; however, both have come under extreme stress as effects of climate change shrink the resource base against rising demand.

In Pakistan’s context, a burgeoning population and widening gap in wealth distribution act as a threat multiplier.

The decrease in per capita water availability, unsuitable cropping patterns, poor gender parity, high population growth rate and underdeveloped human capital make it difficult for the state to respond to the impacts of these exponential threat multipliers. Climate hot spots, drought, desertification, floods, disease, increased frequency of natural disasters and subsequent mass movement of people in search of livelihoods are already contributing to societal strife, pitting vested interest groups against each other as they compete for resources, leading to violent conflicts and lawlessness.

The perils to national security emanate from different sectors, situations and circumstances, and therefore, cannot be addressed without a holistic approach. Specific attention must be paid to game-changing elements such as foreign policy, governance model, population growth rate, gender parity and quality of human resource.

Recent political and social events in many parts of the world have shown us that exclusive narratives are gaining traction, putting countries and not humanity, first.

This poses a moral dilemma to rights-based approaches in finding fair solutions to these challenges.

On the other hand, hybrid warfare and invasion, and the proverbial destruction of perceived enemies, without engaging in direct military combat, are and will continue to be on the rise.

National security will, therefore, have to be built on the pillars of multi-disciplinary actions that take into account the significance of climate change and its impacts on socioeconomic and political developments at the global and national level.

National security by definition means protecting the interests and well-being of all the people living within the geographical boundaries of a country.

However, with the rapidity and complexity of changes occurring as a result of global warming, it is no longer an option to presume that security is limited to external aggression or it is the exclusive domain of the military establishment and the law-enforcement agencies.

Harmonised societies with good governance, strong institutions and a proven track record in service delivery will be better placed to cope with the impact of climate conflicts on national security.

In the present climatic and security threats posed to Pakistan, people are the first line of defence. In order to secure the interests of the nation it is vital to secure the needs of the people. An empowered, intelligent and rational populace with robust social and economic indicators is the best investment in national security.