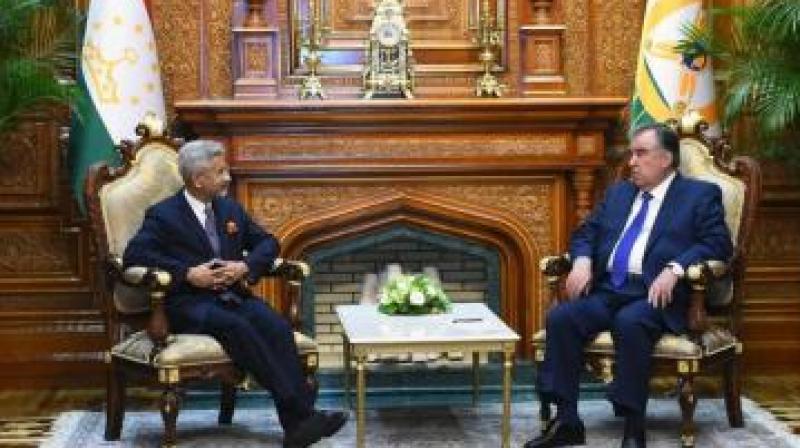 If America’s President Joe Biden arrives at the first summit meeting of the Quadrilateral Security Dialogue (Quad) at the White House later this week, having created a new trilateral security grouping with two members of the Commonwealth, Australia and Britain, Prime Minister Narendra Modi will be attending the in-person summit after having virtually participated in a Brics as well as an SCO summit. His external affairs minister, Subrahmanyam Jaishankar, has been busy meeting his counterparts from Iran, Russia and China.

It would appear that America’s ignominious retreat from Kabul and its consequences constitute the backdrop to both the geopolitical activism of the United States in the Indo-Pacific region and to Indian engagement of the Eurasian nations. The US is emphasising its continued relevance to the Indo-Pacific and India is hedging against future US unpredictability. Apologists for the United States have been busy tweeting assurances that AUKUS (Australia-UK-US) is a building block of the Quad, and not a diversion from it, while France has been bemoaning a weakening of the trans-Atlantic alliance.

Perhaps Japan too feels left out of AUKUS considering that it too would want to have nuclear submarines.

As if to make the point that the US is playing the wrong game, China sent in an application for membership of the Comprehensive and Progressive Agreement for Trans-Pacific Partnership (CPTPP), a 11-member Indo-Pacific free trade grouping that the US had walked out of. The group is now divided on China’s application, with some willing to admit the world’s largest trading nation. By responding to AUKUS with CPTPP, China has underscored the fact that the game in Asia is still predominantly geo-economic.

In this fast-changing world of multiple and changing alliances, India has finally come around to the view articulated by external affairs minister S. Jaishankar in his book, The India Way: Strategies for an Uncertain World (2020), that it should spread its risks and not place all its eggs, so to speak, in any one basket. The essence of Mr Jaishankar’s argument is that with the changing global balance of power and faced with major security and economic challenges, India would have to advance its “national interests by identifying and exploiting opportunities created by global contradictions”, extracting as many gains from as many relationships as possible. Mr Jaishankar hypothesised that in a world in which it was likely that “there will be convergence with many but congruence with none” Indian diplomacy would have to be swift-footed and flexible and its “grand strategy” would perforce be defined by “multi-alignment”.

Mr Jaishankar’s much quoted conclusion that this is a time for India “to engage America, manage China, cultivate Europe, reassure Russia, bring Japan into play, draw neighbours in, extend the neighbourhood, and expand traditional constituencies of support” is easier said than done in a world of an increasingly complex web of “multi-alignments” pursued by other powers as well. India’s limited and stretched domestic and diplomatic capabilities and capacities make the challenge even more daunting. Nevertheless, this is the path that India must now walk, not yielding to the temptation of temporary or transient gains.

Many foreign policy wonks have been vociferously advocating that India should in fact become a full member of an American-led alliance. Their visible, often sponsored, enthusiasm is ignorant of the self-image of the Indian State and polity. India will always have a mind of its own even when it chooses to work closely with other nations. In that sense, there has been more continuity than change in Indian foreign policy. However, in a rapidly changing world every nation, big and small, has to remain alive to change and respond accordingly.

The world may well be moving in the direction of another bipolarity, with the United States leading what has been dubbed the “Anglosphere” and China at the head of a “Sinosphere”, but for now global power equations are in flux. Even if the US and China get some countries to rally behind them there will remain many others willing and capable of retaining some strategic space. Such a group of countries, best described as the Middle Powers, would include Brazil, France, Germany, India, Japan, Russia and Vietnam. Other potential “middle powers” would be Iran, Turkey, Nigeria and Egypt.

The middle powers group would neither be static nor like-minded on every issue. There would be sharp differences on a range of issues including nuclear proliferation, trade and climate change. Russia would certainly tilt more to China and India would tilt more to the US. Other powers also have complex relations with the US and China. However, what they as a group will certainly prevent is the return to another “bipolar” era, like the “old” Cold War. While the US and China are creating their own group of friends, and may at times force the “middle powers” to choose sides, not all would fall in line. If “non-alignment” defined the “old” Cold War, “multi-alignment” will shape the “new” Cold War.

That is why I have argued in a paper I wrote for the Institute of Defence Studies and Analysis (https://idsa.in/system/files/book/asia-multipolarism-book.pdf) that the emerging world order would be defined by “bi-multipolarity” rather than bipolarity. The concept is a variation on a theme proposed by Harvard historian Samuel Huntington who had argued in the 1990s that the post-Cold War balance of power system was not “unipolar” but in fact “uni-multipolar”, with the US at the top and a group of fairly powerful countries that would not toe the American line. Huntington included in the group China, Russia, India, France, among others.

The change since the 1990s has been the rise of China and the relative decline of the US. The US has had to come to terms with the rise of China just as China has had to concede primacy to the US for the foreseeable future. However, even as the Big Two sort out their equation, the middle powers will seek to widen the strategic space available to each of them and to groups of them. The European Union and Asean are two such groups. In this world of complex relationships and multiple multi-alignments, India can only walk down Jaishankar’s Way.