My parents’ best friends had an Osibisa album they all loved, with the Afro-rock band’s signature psychedelic flying elephants on the cover 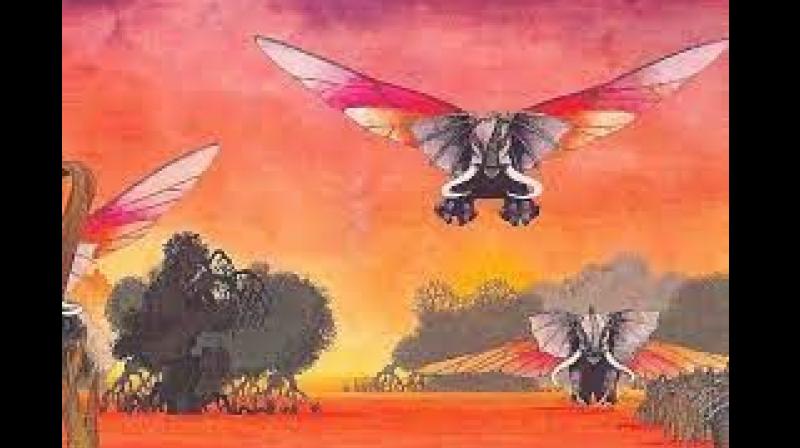 I remember clearly the first two major breaks I made with family listening time — Pink Floyd’s Dark Side of the Moon and then eponymous Dire Straits debut album. (By arrangement)

When I was about 11, my parents bought the album of Andrew Lloyd Weber-Tim Rice’s rock opera, Jesus Christ Superstar. It was a family favourite and to this day, we all know the lyrics and music by heart.

There was a special something for me there too. It was Ian Gillan’s voice, as Jesus Christ (although every performer on that original album was superb). His rendition of “Gethsemane” (I only want to say) can still move me to tears, over 55 years later.

From there it was a bang, clash, crash straight into rock music. In 1974, Alyque Padamsee put up a fabulous version of Jesus Christ Superstar in Bombay. The performers were Bombay’s best from Nandu Bhende as Judas, Madhukar Chandra Dhas as Jesus, Poornima Bhende as Mary Magdalene and Keith Stevenson as Herod, to name just a few of that stupendously talented cast. It was a glorious masterpiece and one which Padamsee recreated. I watched it again in 2015, recovering from surgery and wanting to get out of myself. The electrifying performance of Tirthankar Poddar as Judas was the standout.

But over and over, as I was allowed to operate the family record player myself (careful with the needle, don’t scratch the records, put them back carefully), it was Ian Gillan’s voice and from there a quickstep to Deep Purple and their Machine Head album. There was no looking back after that.

But maybe I’ve started all wrong. Maybe I should start at the beginning, with my parents and how their taste in music set the foundation for whatever followed. I belong to an in-between generation. Born in 1962, we were on the edge of change and rebellion but never part of it. Philip Larkin said something or the other about this too. So too were my parents — young enough to twist and shout but too old to be hippies!

The luxury of owning a record player meant that you spent delightful hours at Bombay’s Rhythm House or Melody Corner (and much later in Calcutta), going into those curtained booths to listen to records and choose. My parents’ best friends had an Osibisa album they all loved, with the Afro-rock band’s signature psychedelic flying elephants on the cover. Which is why I refused to go to their concert when they performed in Calcutta, a few years later. Eeee, music my parents listened to!

And what appalling snobbery that was! Our house was filled with Carole King, Joan Baez, Judy Collins, Joni Mitchell, Don McLean, Elton John. Yehudi Menuhin and Ravi Shankar’s East Meets West concert conducted by Andrew Previn was a big favourite. As was Offenbach’s Gaite Parisienne as my sister and me pretended to be ballet dancers.

At some point though, you make a break. Cassette players meant that you could have your own music and your own mixes. Somebody’s somebody’s cousin might bring down a latest album which hadn’t hit the Indian market yet, and it would be painstakingly shared.

I remember clearly the first two major breaks I made with family listening time — Pink Floyd’s Dark Side of the Moon and then eponymous Dire Straits debut album. This meant a big fight with my grandparents — both sides — who had commandeered the family music system for Nazia Hassan’s Disco Deewane. Don’t ask.

But while I was choosing between bands and fandoms, we went to the Jazz Yatra, 1977, at Kala Mandir, Calcutta. And a giant parallel movement was born in my head. This was mighty competition to rock and so many decades later, I still don’t know who won.

In between of course, there was Rabindrasangeet and that proverbial mastermoshai who never missed a single afternoon lesson in the sapping Calcutta heat. We resented a bit then but now find ourselves in family singsongs. Age can be a really nasty experience, the way it proves your parents right!

And all those old Hindi film songs that my Mother hummed and sang and listened to, the movies we saw together in the 1960s and 70s, and the music that wafted up from Tardeo to our flat on the top of Altamount Road in Bombay. About 90 per cent were songs from Rajesh Khanna films, because that’s the time frame. Those never go away. Nor do the voices of Begum Akhtar and Bhimsen Joshi.

Of course, if you listened to music in 1970s India as a teenage girl, you could not escape the horror of teenage boys. Full of know-it-all swagger, they were ready to lecture you on the nitty-gritty of the lives of every rock, pop and disco star. I mean, come on. Being female didn’t mean that you could not read a magazine or the back of an album cover! Just for the fun of it I would invent rubbish about musicians, just forcefully enough to sow confusion into their minds. If any of you are reading this, no, Giorgio Moroder was not Donna Summers in disguise.

I also invented names of sports cars to annoy big talkers because I found the topic interminably boring: “You mean you’ve never heard of a Lambhorgini Aubergine Orecchiette? And you call yourself a fan?” But that’s another story. Sorry.

The upshot is that from this century to that, I haven’t moved. I’m stuck somewhere between 1964 and 1990s. All right, maybe a few forays into the early years of the 21st century. Where would you place Guns & Roses? Somewhere there. And of course, whatever music they played at Totos and Ghetto. That would do.

I should be embarrassed, shouldn’t I? I had to look up Dua Lipa the other day. Nothing that I read about the Grammys makes sense to me any more. And since I stopped travelling by Mumbai autos and going to the gym, I know nothing about what’s happening now music-wise.

But I do remember those goosebumps the first time I heard Roberta Flack singing “Killing Me Softly”. Who cares about the rest?