Violence does not erupt by itself. It erupts only after the atmosphere has been fouled by hate speech. 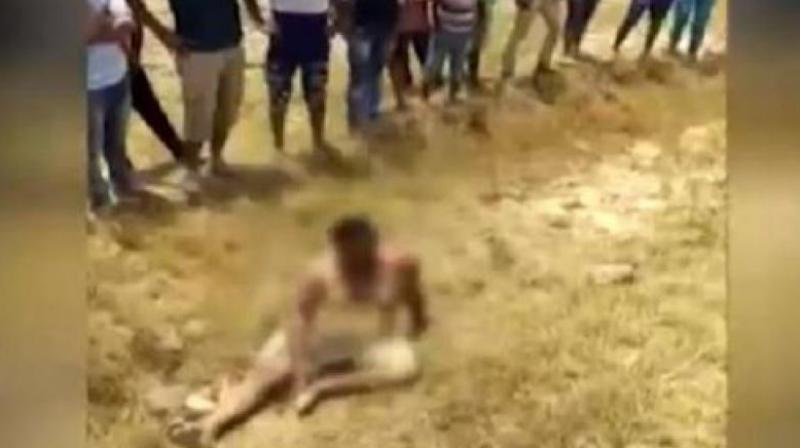 At long last, Prime Minister Narendra Modi expressed, in measured words, his disapproval of lynchings, which have spread since he took office. He never deigned to condemn them or their perpetrators, who are his supporters. Consider, in contrast, Ivanka Trump’s condemnation of “white supremacy, racism and neo-Nazism”, unlike her father, who drew scorn after the bloodshed in Charlottesville last year for refusing to condemn the white supremacist rally, described by Ivanka Trump as an “ugly display of hatred, racism, bigotry and violence”.

Violence does not erupt by itself. It erupts only after the atmosphere has been fouled by hate speech.

Severe condemnation from the top leadership is indispensable for checking the crime. It awakens society to its values, deters the culprits and emboldens the police. The very opposite happens when the top leader is perceived to be condoning or abetting the crime by a record of studious silence.

It is no mere accident that incidents of cow vigilantism against Muslims registered a steep rise since 2014, reaching a peak in 2017. Union minister of state for home affairs Hansraj Ahir merely told the Rajya Sabha in July 2018 that “the National Crime Records Bureau does not mention specific data with respect to lynching incidents”. Last March, the home ministry furnished data on mob lynchings recorded only by the states, of which 14 had provided none. The motives varied from cow vigilantism, rumours of child-lifting to religious or caste hatred. Significantly, there were no details of the location of attacks or identities of attackers and victims.

This writer met an able scholar, Karthik Madhavapeddi of the data journalism initiative IndiaSpend, at a seminar in July, in which a collection of well-researched papers on Muslims in India by the Institute of Objective Studies was launched.

Figures compiled by IndiaSpend tell their own tale. About 98 per cent of these attacks occurred post-May 2014, after the BJP and Modi assumed power. At least 33 persons were killed in these attacks — 29 (i.e. 88 per cent) of them Muslim. Over 56 per cent of all attacks occurred in states run by BJP governments. “The violence started with cow-related vigilantism but is now building up more violent behaviour — from small to big reasons — anything could be the trigger,” Upneet Lalli, deputy director, Institute of Correctional Administration, told IndiaSpend.

The truth that lies beneath these figures is far more disturbing. Hate speech leads to hate crime. The proposition is recognised by English, American and European courts. The Organisation for Security and Cooperation in Europe holds that hate crimes are violent manifestations of intolerance against entire communities. They have a deep impact on not only the immediate victim but also the community with which the victim identifies, affecting social cohesion and stability.

But hatred for Muslims and Christians is the very raison d’être of the RSS, of which the BJP is a fully controlled subsidiary. The RSS and its affiliates assert that India is a Hindu country. Muslims are invaders. They say that the “even flow of the national life was disturbed” as Muslims arrived in “Bharat... in the 8th century AD...”

It has also been asserted that as the “invaders... started destruction of the symbols of national life and employed all and every means to subvert the loyalty of the Hindus to their motherland and its age-old cultural ideals by their conversion... the leaders of Hindu society began giving serious thought to the new and unprecedented situation”. India is “the common motherland (matri bhoomi) and holy land (punya bhoomi) of the Indian people”. The holy lands of Muslims and Christians lie elsewhere. They are not part of the nation. “The most urgent problem of Indian nationalism today, therefore, is to Indianise or Hinduise such people.”

This was written in 1969 by Balraj Madhok, one of the founders of the Jan Sangh, parent of the BJP. It was a rehash of Savarkar’s thesis Hindutva of 1924, which the BJP began advocating openly from 1989 onwards and still swears by today. So does Modi. Hence his reference to a thousand years of slavery in his maiden speech to the Lok Sabha in May 2014.

This skewed version of history is used to foment hate. After the demolition of the Babri Masjid in December 1992, two of the most incisive scholars on Indian politics Susanne Hoeber Rudolph and Lloyd I. Rudolph wrote a scintillating paper called Modern Hate. It is wrong to depict recent violence as “an outgrowth of old animosities”. History is abused to further the ends of modern hate politics. Their conclusion is sound and telling: “The hatred is modern, and may be closer than we think.”

This is what India is up against today. It is not battling to secure Indian nationalism. It is battling to save its soul.