The C-virus impact on the lives of urban Indians 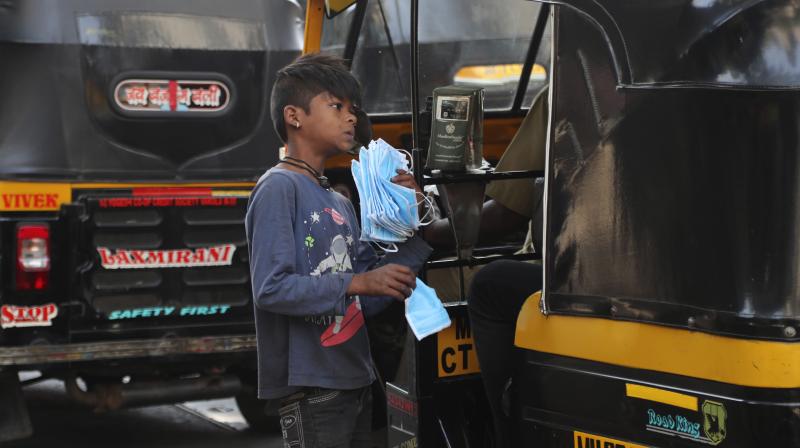 "Wish the Corona came with free Tacos” is just one version of the many macabre jokes doing the social media rounds. Another is “Covid-19 has done more for Digital India than Demon”. Put these two together and you get exactly the right way to think about what it’s done to urban India.

First, it has impacted urban areas disproportionately higher — no one eats Tacos in Jhumritaliayya yet — because what the virus does is to deflate the social and economic benefits of globalisation — supply chains paring costs to the bone, networks allowing aggregation of the best ideas, cross-border inter-dependence based on comparative advantage, and so on. All these have basically benefited urban India, so it’s us who are now affected the most.

Second, it has taken away a living from those without cushy salaried jobs — that’s around 40 per cent of urban Indian households in the informal urban labour market. Sadly, the government insensitively announced simultaneously that 11 million central government employees would get an inflation-indexed raise of 4 per cent -- an avoidable blow for those with empty stomachs.

No one is in a rush to hire unknown daily-wagers — say a carpenter to fix a sagging door. It can wait. Footfalls in public spaces are down. Malls are running on empty. Street vendor sales are hit. The entertainment industry has lost steam — that beaming waiter serving your steaming wok could be a silent transferor of the deadly virus. Entire offices are running on skeletal services with non-essential staff working from home.

Third, the C virus is like a nationwide Article 370 distancing individuals and families from each other, just as this infamous provision of the Constitution distanced Kashmir from the rest of India till last year. “Social distancing” is the new mantra. Some state governments are advising individuals to maintain a six-foot distance from others to be safe. This eschews any movement outside the house, including for shopping — a problematic decree in densely populated urban India where it is common for four to six migrant workers to live in a tiny 100 square foot space.

The good news about “social distancing” is that it can boost digital India like never before — that is, if only our bankrupt telecom companies get their act together and improve connectivity. It’s tough ordering your breakfast online without a decent quality signal. Goa, that “dream destination”, Goa, has worse telecom connectivity than even remote Himalayan areas of rural India, at least till BSNL fell on hard times and effectively stopped servicing rural customers.
Of course, the C-virus, like all things natural, has its own social selection algorithm. For one, it attacks the old and the weak much more than the healthy. In India, we venerate the elderly but we don’t really care too much about them.
Ask anyone in the BJP’s Margdarshak cohort and they will pour their heart out to you. The Congress, however, is unashamed to venerate its old. Young leaders bide their time till they become “old enough” to rule.

The BJP is the “Young Indian” party which strives to represent the 65 per cent of Indians below 35. “Maharaja” Jyotiraditya Scindia recently got fed up of waiting and jumped ship to join it just before he turns 50. The average age of the 25-member Cabinet is 61.2 years. So Scindia could hope to reduce the average age a bit. Of course, he is no Smriti Irani, who at 43 is the “baby” of the batch. But he could be the second youngest and much younger than Amit Shah at 56 or Piyush Goyal at 55, and even Dharmendra Pradhan at 50.

Frankly, with millions of young Indians going waste for want of opportunities, it’s not such a bad idea if the old are left to fend for themselves in vanprastha state. After all, the “Elixir of Everlasting Productive Life” is yet to be manufactured, and sadly the engine of that process, in Wuhan, is locked down and Botox is not a substitute since it merely mummifies an old but alive body.

The sad part, however, of the C-virus, is that it relentlessly also attacks the weak. This could be disastrous for us. Till recently, 40 per cent of our children were malnourished — now down to 22 per cent. Even more worrying, the standard mechanism to boost these young minds and bodies, belonging invariably to the economically marginalised classes, was to feed them at school.

But now with schools likely to be shut for an extended period, given the “social distancing” norms, food supplements will also go missing unless the government wakes up and keeps the food supplements going through other means. The bottomline is say “yes” to “social distancing”, but not from the poor, who need an intensified outreach to get them through our imported mess.

Sadly, despite all our talk of self-reliance, we relish imports. The Reserve Bank of India does its bit. It has yet again intervened needlessly to keep the Indian rupee from depreciating to its competitive level of Rs 78 to $1. Overvaluing our currency encourages imports and discourages exports — exactly the opposite of what we need to boost demand for products made locally and create jobs.

We know why the RBI is keeping the INR strong. It seeks to artificially reduce the cost of oil imported into India even though oil prices have fallen through the floor. The idea is to allow the government to maximise its excise revenues (levied on the value) from oil products without increasing the retail price.

Excise duties have already been raised to soak in the bonanza from the power struggle within the oil-producing countries, primarily Saudi Arabia and Russia, who are out to beggar each other to be top dog on global oil matters, including the optimum level of crude to be pumped.

The RBI’s pusillanimity doesn’t end there. It has retained the repo rate at 5.15 per cent, when there is a crying need to drag it lower so that retail and industrial borrowers — who are the engines of demand —do not face a real interest rate higher than 0.5 per cent plus inflation.

Prime Minister Narendra Modi’s well-publicised call for South Asia to work together — rather than call the chief ministers of Indian states — on controlling the C-virus is all right. But his instinct to internationalise everything rather than looking deeply into strengthening the domestic plumbing is not helpful.