Young people have their foot firmly on the escalator of upward mobility. 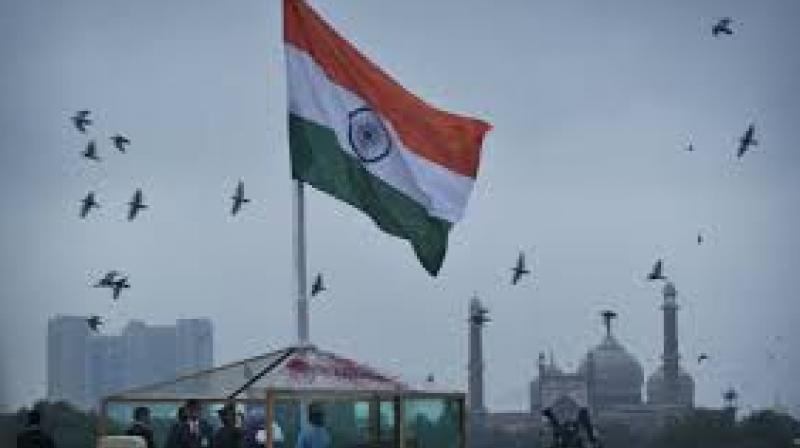 A large part of young India does want to escape from the clutches of mullahs and mahants, and move on to the dividends of the secular mainstream.

One of the more prominent clichés today is that India is among the youngest nations of the world. Statistics show that this is a valid claim. Some 65 per cent of our population is below the age of 35 years. As compared to other countries, such as China and Japan, which have a large percentage of ageing population, we have, indeed, a demographic dividend, which can be an asset. But, what does being a young nation actually entail? For all the hype that is regularly mouthed about “Young Bharat”, there is a need to deconstruct this label, and try and understand what the youth in our country are really about.

Young India is certainly aspirational. Young people have their foot firmly on the escalator of upward mobility. They are impatient to get ahead, to get a job, move on to a better one, acquire the material goods that define the good life, earn more, spend more, and generally partake of a future that holds the hope of greater prosperity and opportunity. But what are the other qualities of this seething, burgeoning mass of aspirational energy?

For instance, are the young idealistic? Do they have a greater sensitivity to the importance of ethics in public and personal life, than the generation before them? Does morality play a bigger role in their outlook? I am afraid the answer to these questions is in the negative. If anything, the young are hard-boiled pragmatists who are hardly seduced by notions of rectitude that come in the way of their aspirational surge. They have seen too much of hypocritical sermonising, too many false claims to morality by charlatans, too much of high-minded rhetoric by the tainted, to be swayed by the idealistic need for inflexible ethics in personal behaviour. Certainly, idealism — as a goal unto itself — does not appear to be one of the defining characteristics of our young.

If not idealistic, are the young culturally rooted? This too appears to be in doubt. Our education system has ensured that even the best among students know very little outside their academic expertise. Migration to large and anonymous metropolises, where they are far removed from their natural cultural milieu, and the — not unwelcome — breakdown of the close family network of the past, has created a curious specie that is seriously adrift from the nourishing knowledge of its own culture, tradition, folktales, proverbs, history and philosophy. This has reached a point where many of the young do not even know the basic symbolisms and meanings behind the religious festivals that they otherwise celebrate enthusiastically, if superficially.

Are the young secular? Partly yes, and partly no. They are secular in their impatience to get on with their lives, and not be distracted by anything else that comes in the way of their aspirational desires. Such a secularism is based less on conviction and more on convenience. A large part of young India does want to escape from the clutches of mullahs and mahants, and move on to the dividends of the secular mainstream. But a significant part is still cannon fodder for ultra-right rhetoric. This vulnerability is directly based on a lack of knowledge of our remarkable spiritual legacy, and the inherent eclecticism that animates it. When you are not aware of what the Upanishads talk about, and their proclamation that ekam satya bipraha bahudha vadanti, the truth is one but wise people call it by different names — to quote just one telling example — you are vulnerable to those who seduce you by their illiterate claims of speaking for your religion. One has only to see how many of the young — most of whom cannot
write a single coherent paragraph on what the principal tenets of Hinduism are, or what Maryada Purushottam means — go about shouting aggressively “Jai Shri Ram”.

Are the young altruistic? Some certainly are, but for the greater part it is each for himself. Partly, this is due to the cut-throat competition that alone can ensure success in the unending rat race in our country. Where is the time of thinking about what one can do for others — especially the millions who are deprived and impoverished — when the challenges are so great for one's own betterment? In the last days of the declining Mughal empire there used to be a saying: yak anaar, sad bimaar: one pomegranate, a hundred ill men. This is precisely what the landscape is for the young today. For every prize of success there are thousands, if not lakhs, of claimants. What we have, therefore, is a remarkably insensitive society to notions of civic sense, altruism or paropkar, the imperative to give back to society what society has given to us, and care for the less fortunate.

Do the young have inspiring role models? Certainly very few from the political class. With some rare exceptions, the young think politics is a dirty game, devoid of ethics and consumed only by power play, something best left for others to do. They have role models in other spheres: successful sportspeople, filmstars, and corporates. Alas, more often than not, it is the success of these people - and the glitzy glamour that accompanies it - that the young envy, with very few focusing on the hard work, determination and grit that has mostly preceded that success. There is a proclivity towards the "get famous overnight" syndrome, and less inclination to appreciate that fame demands the right quantum of effort, and often extracts a heavy price.

Is this too negative an appraisal? Perhaps yes, but only to provoke debate. We are fortunate to be a young nation. There is a great deal of talent among our youth. They are focused, tech-savvy, bright, energetic, resourceful and willing to push the horizons even in great adversity. It is a pity that so many are still deprived of the right opportunity, especially where skills and jobs are concerned. The great challenge before us, therefore, must be to ensure that the great demographic dividend that we are so proud of does not become the great demographic liability.