Owen, has resigned his seat in Britain’s House of Commons, withdrawing from the heart of a scandal that is overtaking his party and govt 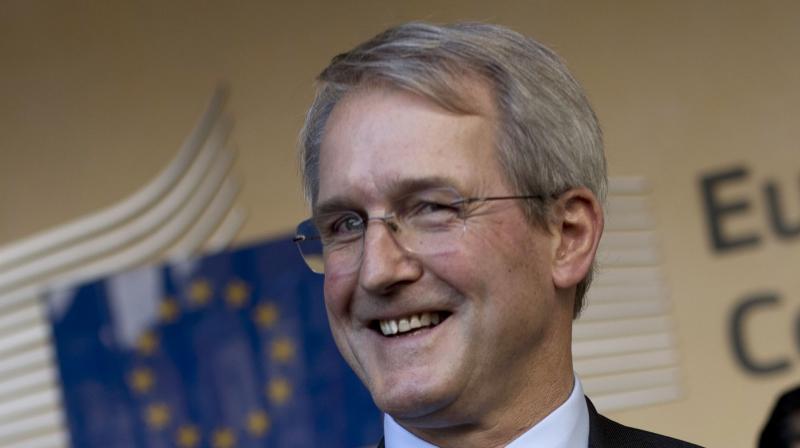 “So, let there be light!”
He said, and the universe
Saw sparks in the dark!
The wind was singing
An anxious song through the crack
In the kitchen door
Apart from the rule
Of seventeen syllables
Haikus are playthings!
From Baiku Chi Haiku by Bachchoo

Owen Paterson, Conservative MP, has resigned his seat in Britain’s House of Commons, withdrawing from the heart of a scandal that is overtaking his party and government. One newspaper, with a penchant for simplistic puns, headlined the episode BoJo’s “Owen Goal”.

Owen, a senior Tory, had used his position to lobby ministers and civil servants on behalf of two businesses who paid him very considerable sums as a “consultant”. An all-party parliamentary committee set up to prevent several categories of corruption found this out, investigated the circumstances, concluded that Mr Paterson was guilty of corrupt practice and recommended that he be suspended from Parliament for 30 days. BoJo very promptly introduced a measure in Parliament to change the rules governing MPs’ second jobs and those governing lobbying by MPs.

To the Opposition and to the media and the British voting public, this seemed very clearly a retrospective move to decriminalise the sort of sleaze that Mr Paterson was found guilty of. Nevertheless, BoJo pushed his parliamentary whips to force his MPs to vote for this retrospective measure which would let pal Owen off the hook and make way for a legalised form of selling parliamentary influence.

Very many Tory MPs, some with consciences, some with regard for the law and democracy, some with an eye on what their constituents might think with the media hubbub around this vote, abstained. Even so, there were enough Tory MPs who voted for what was touted as a necessary reform of the rules by the government. The motion was passed.

The changed rules would still have to be interpreted by an all-party committee, but Labour and other Opposition parties announced that they would not participate in any committee that, under the new rules, facilitated corruption.

The Labour Party’s boycott was decisive. The motion which the Tories had passed was widely denounced, even by senior Tories as well as John Major, a former Tory Prime Minister, as a regrettable measure opening the door to sleaze. BoJo, perhaps wary of facing an onslaught from the Opposition and from his own MPs, stayed away from the House when the motion was again debated and his Leader of the House promptly backtracked in an embarrassing U-turn. Mr Paterson was induced, or volunteered, to resign, still protesting that he had done nothing wrong.

And there, gentle reader, as Shakespeare would have said, “is the rub”. Britain presents itself to the world and to its own electorate as the mother of Parliaments, the setter of moral standards, where elected members work tirelessly in the interests of their constituents. But it’s now increasingly clear that this particular government and set of MPs who voted to relax the strictures on sleaze, don’t all fit this upstanding prototype.

Let’s count a few of the ways.

The Tory Party, like most political parties in “democratic” countries, needs funds, purportedly to get the message of their intentions across to the electorate, so that democracy can function smoothly. People who agree with the ideology of the party, and those who hope to gain materially and in stature when the party they support comes to power, contribute to these funds. The Tory Party has a tradition of appointing one or other of these donors as the party’s “treasurer”.

The Sunday Times this week pointed out that 15 of the last 16 Tory Party treasurers have been offered a peerage and a seat in the House of Lords having each contributed more than £3 million to the party. The House of Lords is part of Britain’s parliamentary democracy, a second chamber to scrutinise and ratify legislation. It is still open to a proportion of hereditary aristocrats and to appointees who bring some expertise to the chamber. It should not be a place to which you can buy a seat. The Tory Party, of course, denies that these treasurers have been elevated to the House of Lords for paying them money.

They loftily assert that these capitalists “bring brilliant experience to the House”. Having of course brought brilliant sums to the party’s coffers. Then there is the continuing accusation from the Opposition that BoJo and his wife Carey tapped a Tory donor for upto £170,000 to refurbish their flat at 10 Downing Street. That would be a real waste of money if this catalogue of sleaze influences the electorate to eject BoJo and Carey from these premises. The next PM may not want the horrific, almost-nightmarish kitsch that Carey has commissioned.

More! What came to light this week was that Sir Geoffrey Cox, a Tory MP and former attorney-general, has been paid more than £1 million, on top of his £82,000 parliamentary salary, for legal work in the Virgin Islands on behalf a government accused of fraud. Sir Geoffrey took advantage of the lockdown rules and, during Covid-19’s remote parliamentary voting days, spent months 4,000 miles away from his constituency, casting votes by proxy. His constituents were not happy. His bank manager was.

And yet to come is the inquiry into the billions of pounds handed over by this government to friends and associates of Tory MPs for Covid-related testing and supplies. Do the brazen blush?