Opinion   Columnists  12 Jul 2020  Sweta Dash | How the pandemic has hurt the health and rights of women
Opinion, Columnists

Sweta Dash
Sweta Dash is a gender studies scholar at Ambedkar University. She is associated with the Right to Food and Rethink Aadhaar campaigns. 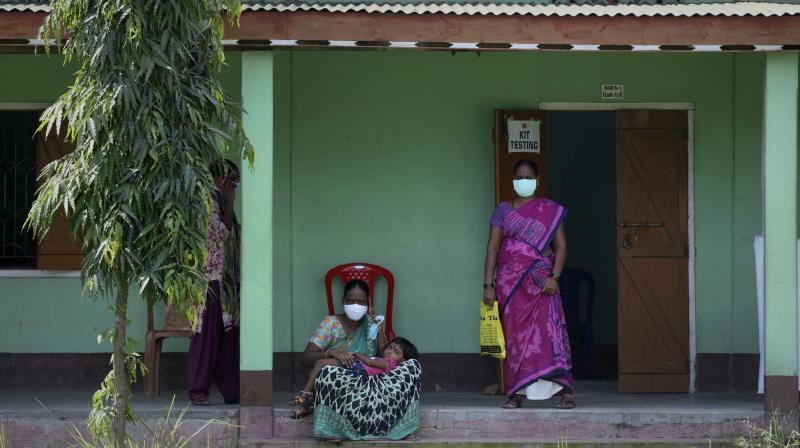 The extended lockdown period has affected the production of contraceptives all over the world. PTI Photo

Limited possibilities for access to affordable contraception options and abortion services are surely one of the most threatening violations of sexual and reproductive health rights (SRHR) during the pandemic.

In that vein, it might be recalled that in May 2020, the Justice for Women Amidst Covid-19 report released by UN Women, IDLO, UNDP, UNODC, World Bank and The Pathfinders for Justice, rightfully issued a clarion call to take due cognisance of women’s rights during a pandemic.

It reiterates the ways in which women’s lives and livelihoods are disproportionately affected. Jan Beagle, director-general of IDLO, urges, “We cannot let gender equality and women’s rights be among the casualties of Covid-19.”

To be clear, it would not be a far stretch to say that India never really demonstrated a very commendable progress in SRHR and access to contraception and abortion in the pre-Covid years either. As the NFHS-4 findings note, “Modern contraceptive use by currently married women has remained unchanged, at just under 50 per cent, between 2005-06 and 2015-16.” The pandemic has worsened the situation exponentially.

The United Nations Population Fund, UNFPA, has already warned about the imminent stock-outs of contraceptives in low-income countries due to supply-chain disruptions for the next six months.

Marie Stopes International, the provider of family-planning services in 37 low-income countries, adds to this and notes that upto 9.5 million women could lose access to contraception and safe abortion services. Together, this could result in 1.3 to three million unwanted pregnancies, 1.2 to 2.7 million unsafe abortions, and an estimated 5,000 to 11,000 pregnancy-related deaths.

Paul Liang, the marketing director at Karex Berhad, one of the world’s biggest condom producers, spoke about the stock-outs of contraceptives to The Inverse: “The global condom shortage is already upon us, and with it a plethora of sexual health problems are threatening.”

The extended lockdown period has affected the production of contraceptives all over the world. With the lockdown easing, manufacturing has resumed in India, China, and Malaysia, but the old backlogs, new safety measures, and interruptions in supply chains make production slow.

In India, a study conducted by Foundation for Reproductive Health Services India (FRHS India) throws light on deplorable SRHR. It estimates 25.6 million couples would have not been able to access contraception services during the period March-September 2020, assuming September is when there will be some semblance of normalcy.

The repercussions shall involve about 2.38 million unintended pregnancies, 679,864 child births, 1.45 million abortions (including 834,042 unsafe abortions) and 1,743 maternal deaths. The impact shall worsen if this pandemic-induced disruption continues for longer.

To add to the misery, the added burden of domestic violence is written into these stories in the form of  unintended pregnancies.

As Jashodhara Dasgupta, advisor at the non-profit organisation Sahyog, recently said in an interview, “Women organisations have already been observing surges in violence. With women locked inside their homes with their perpetrators, it gets difficult to talk on phone and report crimes. They are under constant surveillance by family members. Getting contraception is going to be tough. There are already reports of an extremely high number of unwanted pregnancies happening because of all this.”

While the long applauded Medical Termination of Pregnancy (MTP) Act seemingly offers some respite from unwanted pregnancies, it is worth remembering that its implementation is severely prohibited now. To begin with, abortion pills can only be accessed within nine weeks of pregnancy with a prescription. Access to these pills remains a sketchy issue with restrictions on movement. This, then, leaves women with two other options: unsafe abortion practices or surgical abortion with the consent of not one but two medical practitioners.

And, if the women are unable to access surgical abortions within 20 weeks, the MTP Act mandates that they opt for a legal recourse. Evidently, all of these options are riddled with possibilities of medical complications, unaffordability and increased policing of women.

The pandemic adds another constraint to the list: the fear of visiting hospital spaces during or possibly even after the pandemic.
The Ipas Development Foundation assessed the impact of Covid-19 on abortion access in India from March to June.

Their study exhibited that abortion access was compromised at all points of care, including public and private sector facilities and chemist outlets. “Of 3.9 million abortions that would have taken place in three months, access to 1.85 million was compromised due to Covid-19 restrictions.” the study said.

Left in the lurch, many women might be forced to carry their pregnancy to term, making the number of childbirths even higher.
Historically, this country has never hesitated to piggyback on the banal rhetoric of “population explosion”.

The most recent gaudy example is perhaps that of the Prime Minister calling it a “national challenge” in his Independence Day speech, even while these problems hardly seem to touch a nerve among policymakers and think tanks. In that speech, parents with large families were referred to as those that shun their responsibilities to the state and the society.
They were to be held guilty of inhibiting growth and bringing forth an “aswastha samaj, asikshit samaj (unhealthy society, uneducated society)”.

We are only left to ponder over what happened to these selective, albeit-misplaced, concerns during this humanitarian crisis the country faces now.

If the pandemic is said to be a portal, it is not very difficult to notice how this country continues to invisibilise and disregard the sexual and reproductive health and rights of those in need.