It’s time to step in, rein in lynch mobs

Overburdened courts at the mercy of a corrupt administration, crooked officers and callous police often fail to deliver justice. 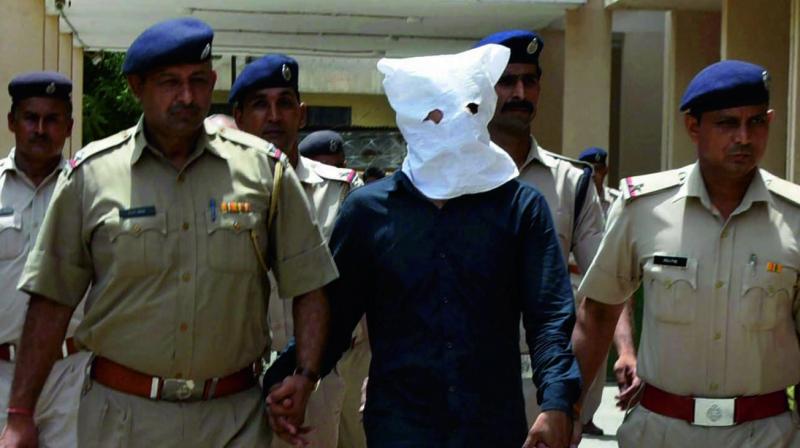 Black humour deals with the utterly unacceptable. But if lynching is the new normal (and I don’t think it is yet), it hasn’t become so overnight. For years, we have prepared the ground for this brazen brutality that thumbs its nose at the law of the land.

Back in 2004, Akku Yadav was lynched in a Nagpur court by a mob of furious women and men. We were shocked, but not unhappy. The dreaded serial rapist, extortionist and ruthless goon had been pally with the police, thus escaping the law for decades. We are all guilty, thundered a crowd of enraged women, challenging the court to punish them. A horde of lawyers sprang up in defence, pointing out that the attackers were actually victims. It was not murder, it was social justice. Sure enough, 10 years later, all the accused were let off. We smiled in relief.

Overburdened courts at the mercy of a corrupt administration, crooked officers and callous police often fail to deliver justice. Then there is political expediency. Whether it is denying Shah Bano the paltry maintenance her husband should have paid her, or concluding that an offender should be sent to the gallows as that is the “only” way that “the collective conscience of society” would be “satisfied”, or practically legitimising the demolition of the Babri Masjid by treating the disputed land as the birthplace of Ram, our courts have off and on failed our secular democracy as well.

This encourages desperate people to take the law into their own hands. Once a free-for-all is established procedure, you don’t need a real reason, or a real criminal to deliver instant justice — you can accuse and kill just about anybody.

It’s the “Because I Can” age. It’s cool to be able to do what you want, and not pay for it. There is no accountability. And no need for truth. You can say and do anything at all. So every day you hear of lynchings somewhere or the other, usually Muslims or dalits killed on a whim by Hindu goons. Amazing how we have been sprouting Hindu goons everywhere — in villages and cities, on highways and trains, in and around the nation’s capital.

But the BJP government can’t take full credit for this Make in India phenomenon — this mushrooming of violence has been incubating for years.

Only now there’s a brazen shamelessness about it, a belief that every wrong will be accepted in the name of majoritarianism. As Hindus in Hindustan we can do as we please. And you, the weak, the minority, the downtrodden, the powerless, will have to bow to our every wish. We will beat you to a pulp if you don’t. Because we can.

This is the change. This fall from the civilised norm of the strong protecting the weak, to the savage approach of the strong flaunting its domination of the weak. Traditionally, our sectarian harmony has been encouraged by cultural constructs like Hindu-Muslim bhai bhai, where the Hindu is the protective big brother to the Muslim younger brother. Over time, we have deliberately moved away from that relationship.

Besides, years of dumbing down of the media gently robs society of its ability to think clearly. An increasingly, the aspirational media that encourages a culture of instant gratification and a me-centric worldview gives us tunnel vision and erases sentiments like empathy, sympathy, generosity or even fairness. Meanwhile, the social media engineers social realities. Its reach is wide and instant, and it can propagate ideas like never before.

In the hands of unscrupulous people, it swiftly changes perceptions of ourselves and our fellow citizens, and directs  rage and hatred towards the chosen “other” — usually Muslims.

Like the photo of a beaten and bloodied couple in Bangladesh or a still from a Bhojpuri film showing a woman being disrobed by leering gangsters, which are being passed around right now as “proof” that Hindus are being attacked and Hindu women molested in West Bengal. Circulating fake news and accusations on social media is all you need to drum up mob violence and riots.

An increasingly violent society where might is right and justice is a distant dream is numbing our senses. We have grown so used to the violent rape and murder of little children, that we fail to perform the basic duty of an adult — that of protecting the young. So Inayatullah Khan, 12, can be lynched by a mob in Jharkhand, and hanged from a tree, along with Mohammad Majloom, a cattle trader. And Hafiz Junaid, 16, can be lynched in a train as fellow passengers join in.

How dreadfully hollow is a society that can kill children in public with impunity?

This is the real danger. The danger of our much-treasured pluralistic, protective social fabric being ripped apart to make us a hollow society that acts as an easy receptacle for values that go against everything that our democracy is built on.

A hollow society that you can pour fascism into and wait for it to set and shape up nicely. Governments come and go, but a fascist society stays with us, within us.

This is what we are standing up against. “Not in My Name” is not just a distancing from the horrendous acts of violence orchestrated by the Hindu right, it is the first step to stopping the rot that has set in over decades. We now have our back to the wall.

The very concept of India as a pluralistic democracy with equal rights and freedoms for all is under direct attack. We need to push for justice every time there is an attack. We need to fix accountability. Because this time our “collective conscience” will only be satisfied if we can dislodge the fascism poured into us and return to the India we were born to live in.