Entry of Pak, India into SCO could improve ties

The moral is clear — don’t expect others to toe your line. There is simply no alternative to conciliation through a meaningful dialogue. 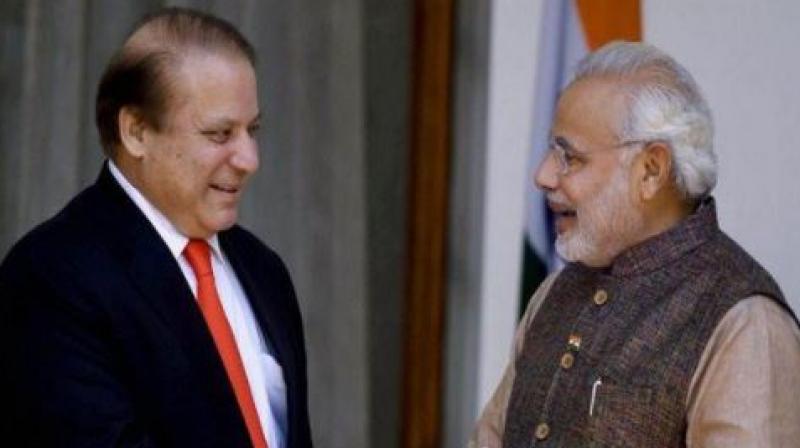 Speculation on whether Narendra Modi and Nawaz Sharif would meet in the Kazakh capital of Astana — which they did — on June 8 was understandable.

However, the question was far less important than the one concerning their role in the Shanghai Cooperation Organisation. There have been newly enrolled at the SCO as full-fledged members, but with expectations, if not, indeed, conditions, which the founder of the club has publicly aired.

Basically, they boil down to two rules for the new members — your basic commitment must be to the institution, the SCO; and, you must not use it as just another arena in which to conduct your diplomatic battles.

This was made all too clear at Beijing on June 1 by the Chinese foreign ministry spokesperson. After pointedly expressing the hope that admission of Pakistan and India would help in improving their bilateral relations, she added, meaningfully, that it was hoped that “India and Pakistan strictly follow the charter of the SCO and the idea of good neighbourliness to uphold the SCO spirit, improve their relations and inject new impetus into the development of the SCO”.

The organisation was founded in 2001 and comprised China, Russia, Kazakhstan, Uzbekistan, Tajikistan and Kyrgyzstan as full members. It began as the Shanghai Five on April 26, 1996. Uzbekistan joined the SCO in June 2001. Pakistan and India enjoyed observer status along with Iran, Afghanistan, Mongolia and Belarus.

During its summit in Ufa, when Mr Sharif and Mr Modi met, the SCO formally adopted a resolution to begin the process of admission of India and Pakistan as full members. They signed a Memorandum of Obligations on June 26, 2016, at the SCO summit in Tashkent.

It is unlikely that the club will close its membership. Apart from the ones which already have observer status, it is not unlikely that Nepal, Bangladesh and Sri Lanka will also apply for membership.

Sun Zhuangzhi, secretary-general of the Chinese Academy of Social Sciences, wrote last year: “The scope of the group will be expanded from China, Russia and Central Asian countries to South Asia, covering over 60 per cent of Eurasia.”

He was not unmindful of the problems which expansion of membership might create. “The hostility between the two states is unlikely to be dispelled in the short time. Together with their complicated relations with China and Russia, analysts believe their admission may have negative effects on the SCO, bringing more internal conflicts and lowering the level of a mutual political trust and the efficiency of multilateral cooperation.”

China could not have been oblivious to the fate of Saarc. It is dysfunctional, a victim of the estrangement between India and Pakistan and used to settle scores.

India boycotted the Saarc summit that was to be held in Islamabad last year after the Uri attack. It mobilised support from regional countries to ensure the summit could not be held. Its foreign secretary S. Jaishankar said in November 2016 that the Saarc countries could opt for sub-regional initiatives if Pakistan continued to “block” Saarc initiatives. He had in mind matters like regional trade and regional motorways. One would think that such matters are best sorted out bilaterally and quietly.

On September 24, 2016, Mr Modi warned Pakistan at a public rally that “India has succeeded in isolating you in the world. We will ramp it up and force you to live alone in the world”.

Such a pursuit of trying to box an adversary into isolation is a wild goose chase.

No two states, even those in close alliance, have identical interests. India cannot secure Pakistan’s isolation. Even states closest to them (Russia and China) keep good their relations with their respective diplomatic adversaries. Two instances will suffice. On June 1 at St Petersburg, President Vladimir Putin spoke to the media after he had met Mr Modi. An Indian correspondent was told, “We do not have tight relations with Pakistan” — no binding alliance. But he sharply asked “with the US do you have (close relations)?” The hint was clear.

At the other end, China’s ambassador to India, Luo Zhaohui reminded an Indian audience in May that China had changed its position on Kashmir. “We supported the relevant UN resolutions before 1990s. Then we supported a settlement through bilateral negotiation in line with the Simla Agreement.”

The moral is clear — don’t expect others to toe your line. There is simply no alternative to conciliation through a meaningful dialogue.