An entrepreneur by profession, Anar Patel joined the BJP a couple of years ago 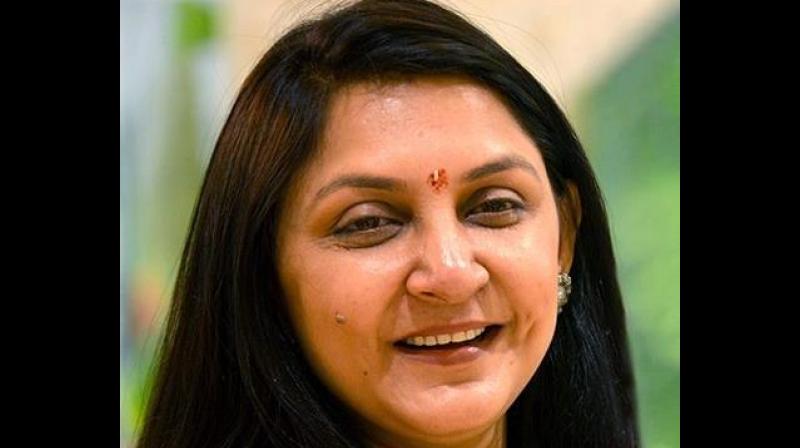 It has been more than ten days since the eventful meeting of the Congress Working Committee where its members hit out at their colleagues for writing a letter to Sonia Gandhi seeking far-reaching changes in the party organization. But a discussion on the subject continues to rage.

There is considerable speculation about how the letter writers or pro-changers, as they are often called, will continue to push for the much-needed reforms in the party. To begin with, this group is waiting for the promised session of the All-India Congress Committee for the election of the next party president.

Before that, they plan to seek the publication of the names of members who are entitled to vote for the party president to be able to peruse it in advance. It is an acknowledged fact that the list of voters comprises handpicked workers and supporters of office bearers whose contribution to the party is suspect.

However, it is not clear if the publication of this list will actually help the letter writers as it will not be easy to detect bogus voters.

Maneka Gandhi (who was once called the kutta billi minister when she headed the environment ministry) may no longer be in the government but she is keeping herself busy dashing off letters to resident welfare associations in the Capital on her favourite subject - stray dogs.

Her letters have pointed out that it is illegal to relocate dogs and that irrational phobias should not be entertained and gone on to draw attention to specific laws on strays and that punishments for breaking the law go up to three years and fines.

The problem of stray dogs has been a subject of an animated debate in recent weeks as many residents from across the city have complained about it following increasing cases of  dog bites.

They are also upset with residents who do not feed the dogs at designated spots and don’t bother to sterilize them. This has predictably invited a backlash from dog lovers like Maneka Gandhi.

The Gujarat unit of the Bharatiya Janata Party is getting worried as Anar Patel, the high-profile daughter of former chief minister and Uttar Pradesh governor Anandiben Patel, has become politically active and is said to be eyeing a seat in one of the  Gandhinagar Assembly constituencies.

An entrepreneur by profession, Anar Patel joined the BJP a couple of years ago and had tried for a ticket in the 2017 Assembly elections but failed to make the cut. Though the next Assembly election is due only after two years, BJP insiders maintain Anar Patel has started preparing for it by meeting party workers and voters of the area.

This has not gone down well with the local party leaders, especially the sitting MLAs. Anar Patel had courted  controversy when her mother was chief minister. Emerging as a parallel power centre, she was wooed and sought by party workers, industrialists and others.

She was in the eye of a storm following media reports that her business partners were allotted land at a throwaway price for the construction of a holiday resort. In fact, Anar’s role was cited as a major reason for Anandiben’s removal as chief minister.

The coronavirus pandemic has come in handy for the Modi government to control the flow of information to the media. Take the case of the ministry of external affairs.

The ministry earlier held regular briefings where the official spokesperson responded to queries from press persons on the beat. These physical press briefings were discontinued when the lockdown was announced and replaced by virtual press conferences.

When the new system was first put in place, media persons were given the option of asking their questions during the virtual briefing. But this has changed. Journalists are now required to send their questions in advance. Very often, a whole lot are bunched together while inconvenient queries are ignored. Plus, there is no scope for any follow-up questions. This has naturally upset the beat reporters but none can afford to complain for fear of being ostracized by the ministry.

The letter by Abdul Manan, leader of Opposition in West Bengal Assembly, to Sonia Gandhi demanding that senior leader Adhir Ranjan Chowdhury be appointed president of West Bengal Congress, is being interpreted in party circles as a done deal.

Manan is close to Chowdhury and the latter is apparently keen on taking up this post which has been lying vacant after the last incumbent Somen Mitra’s death. This move serves a double purpose. The party needs a strongman like Chowdhury in election-bound West Bengal and, at the same time, it will pave the way for replacing him as the party’s Lok Sabha leader.

But the question is: who is best suited for the job. Shashi Tharoor or Manish Tewari are obvious choices except the two have fallen from grace after they signed the famous pro-change letter to Sonia Gandhi.